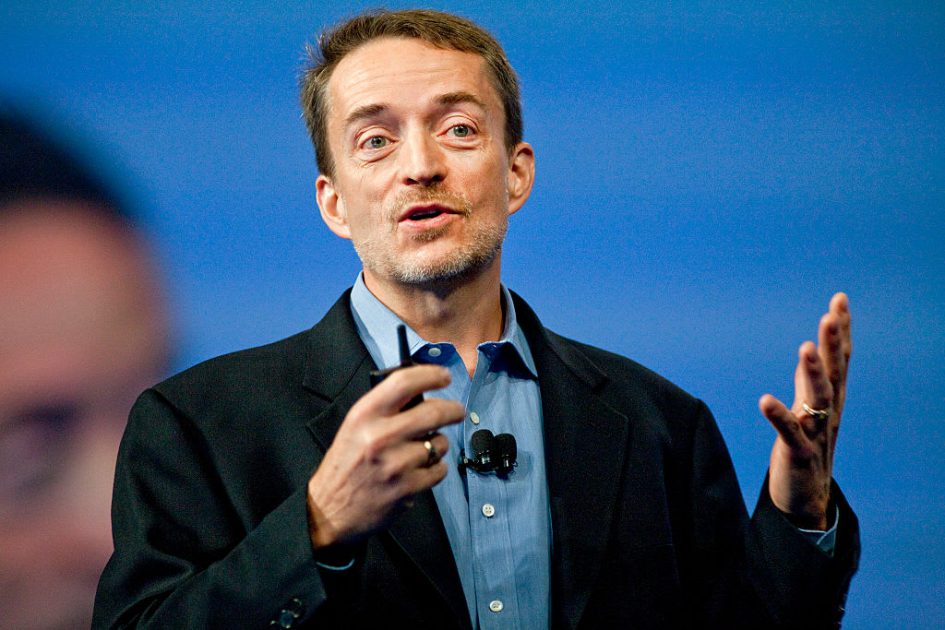 Shares of Pivotal were up as much as 8% after the announcement, while VMware shares fell as much as 7%. Carbon Black shares rose as much as 6% after shares were initially halted following the close of the trading session.

These are VMware’s largest acquisitions yet. The deals build on VMware’s strength helping companies run their software in their own data centers. They could help VMware compete better in the security market and hybrid-cloud infrastructure operations.

VMware isn’t talking about cost synergies that could come out of buying two other enterprise-focused companies. However, CEO Pat Gelsinger told CNBC the companies will be operating profitably under VMware next year.

Gelsinger said that by year two, Carbon Black and Pivotal will have contributed more than $1 billion in revenue incrementally, which will mean VMware will have more than $3 billion in hybrid cloud and software-as-a-service revenue.

Carbon Black was founded in 2002 and debuted on the Nasdaq under the symbol “CBLK” in May 2018. The company provides anti-malware and endpoint protection products that can see into many of a company’s devices and tell if they have been hacked.

In the most recent quarter, Carbon Black reported a loss of 13 cents per share, excluding certain items, on $60.9 million in revenue, with 19% annualized revenue growth. Carbon Black shares are up 2% in the past year.

Carbon Black shareholders will get $26 per share in cash from VMware for a total of $1.9 billion in cash. The price per share is 14% higher than the stock’s $22.75 closing price on Wednesday.

The endpoint security marketplace is crowded, and Carbon Black competes heavily with rivals such as Crowdstrike, Cylance, Fortinet and Symantec. The space has been ripe for consolidation in recent years, particularly from traditional hardware companies. Blackberry acquired Cylance in 2018 in an effort to beef up its new business proposition as a cybersecurity company, and Broadcom said that it would acquire Symantec’s enterprise business earlier this month.

Though crowded, the endpoint protection marketplace is also poised for growth. While more diverse devices go online — including more corporate-owned devices — further enabled by 5G technology, that means more and different endpoints that can serve as an entryway for criminals.

Carbon Black touted its relationships with VMware as well as IBM when it filed to go public last year. CTFN reported earlier this month that Carbon Black hired Morgan Stanley to explore opportunities to sell itself. CTFN also reported that Cisco and IBM had expressed interest, according to Bloomberg.

Gelsinger did not confirm that Carbon Black talked with Cisco or IBM but said public companies do perform “customary market checks” to ensure a deal is beneficial.

Carbon Black’s CEO, Patrick Morley, will run a security business unit that VMware is forming, and VMware will move some existing assets into it, Gelsinger said.

He said VMware has been developing a thesis that infrastructure and applications should be secure by default and shouldn’t need extra treatment by a security team. Breaches are happening to VMware’s customers even after they have deployed security products, Gelsinger said. “It ain’t working,” he said.

Based in Waltham, Massachusetts, Carbon Black had 1,138 employees at the end of 2018, and customers include Belk, DA Davidson, Evernote and Netflix, according to the company’s website.

Pivotal has a long history with VMware

Pivotal and VMware go way back: The company was created from assets spun out of VMware and Dell (VMware’s controlling owner) in 2013. Its products help companies build and deploy their software across different server infrastructure, including public clouds. Competitors include IBM, Oracle and SAP, among others, as well as cloud providers such as Amazon and Microsoft. Pivotal’s customers include Boeing, Citi, Ford and Home Depot, according to its website.

Pivotal shares have fallen 47% in the past year.

The news of the Pivotal purchase is not a complete surprise, as VMware said last week it was proceeding with an agreement to buy all outstanding Class A shares of Pivotal. Dell is the majority stockholder of both Pivotal and VMware, and both VMware and DellEMC contributed assets to Pivotal when it was formed in 2013.

VMware is paying $800 million in cash for Pivotal, and Dell will now own 81.09% of VMware as a result of the deal. However, Gelsinger said the Pivotal deal isn’t part of some plan to make VMware a wholly owned subsidiary of Dell.

“Customers were starting to say, ‘I’m relying on PCF [the Pivotal Cloud Foundry product] and the PaaS [platform as a service] of Pivotal. I’m relying on VMware. I don’t see you guys being as integrated in that full solution as I want you to if I’m going to commit my next-gen application development,'” Gelsinger said. “‘I need to have higher integration, higher velocity of these pieces working there.’ They encouraged us to take this step.”

Gelsinger said the Pivotal deal follows the acquisition of Heptio, which was founded by two of the creators of Kubernetes open-source project for managing software in the form of containers — an alternative to the virtual machine technology that VMware popularized. Cloud infrastructure providers offer services for managing containers at scale across servers, so developers don’t need to worry about the complexity, and Heptio helped some companies use Kubernetes.

Pivotal also offers products for working with Kubernetes — a product called Pivotal Container Service that VMware and Google worked on in collaboration with Pivotal.

“Heptio was very much, ‘Oh, what are you guys doing?'” Gelsinger said. When he asked the VMware board for hundreds of millions of dollars to do the Heptio deal, they asked him what he was going to do with it, he said.

Pivotal had 2,949 employees as of Feb. 1. In the most recent quarter Pivotal reported a loss of 3 cents per share, excluding certain items, on $185.7 million in revenue and lower-than-expected guidance, sending shares lower.

JP Morgan was VMware’s financial advisor in both acquisitions. Morrison & Foerster was VMware’s legal counsel on the Carbon Black deal.

Correction: A previous version of this story had an incorrect number for the company’s fiscal 2020 revenue forecast.