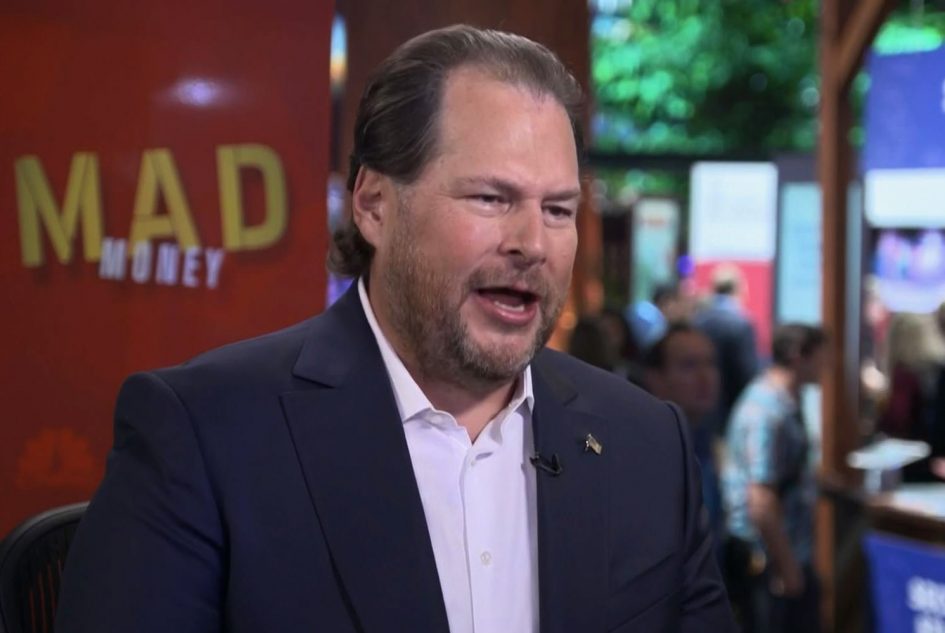 Salesforce shares climbed about 7% in extended trading on Thursday after the software company reported better-than-expected quarterly revenue and raised its forecast for the year.

Here are the key numbers for the second quarter of fiscal 2020:

Revenue climbed 22% from a year earlier, the company said in a statement. Sales Cloud, the company’s biggest product, generated $1.13 billion in revenue, up 13%, and Service Cloud, the second-largest division, grew 22% to $1.09 billion.

While Salesforce is still generating organic growth as more large businesses move their applications to the cloud, the company has also been on a spending spree to move into new areas and open the door to new expansion opportunities. Earlier this month, Salesforce closed the $15.3 billion acquisition of Tableau, by far its biggest deal ever, pushing into data visualization tools.

That follows last year’s $6.5 billion purchase of MuleSoft, which put Salesforce into the business of data integration, more of a back-end technology.

Salesforce raised its revenue forecast for the year to between $16.75 billion and $16.9 billion, from its previous guidance of up to $16.25 billion. On the earnings call, Chief Financial Officer Mark Hawkins said that includes $550 million to $600 million from the acquisition of Tableau, $200 million from the purchase of Salesforce.org earlier this year and $25 million from ClickSoftware, which Salesforce bought for $1.35 billion this month.

For the fiscal third quarter, the company said it expects revenue of $4.44 billion to $4.45 billion, representing 31% growth from a year earlier.

In last quarter’s earnings call co-CEO Marc Benioff said Salesforce would reach $26 billion to $28 billion in annual sales by fiscal 2023. That was a week before the announcement of the Tableau purchase, in which Salesforce snapped up a company that was producing about $1.3 billion in annualized revenue.

Executives will discuss the results with analysts at 5 p.m. ET.