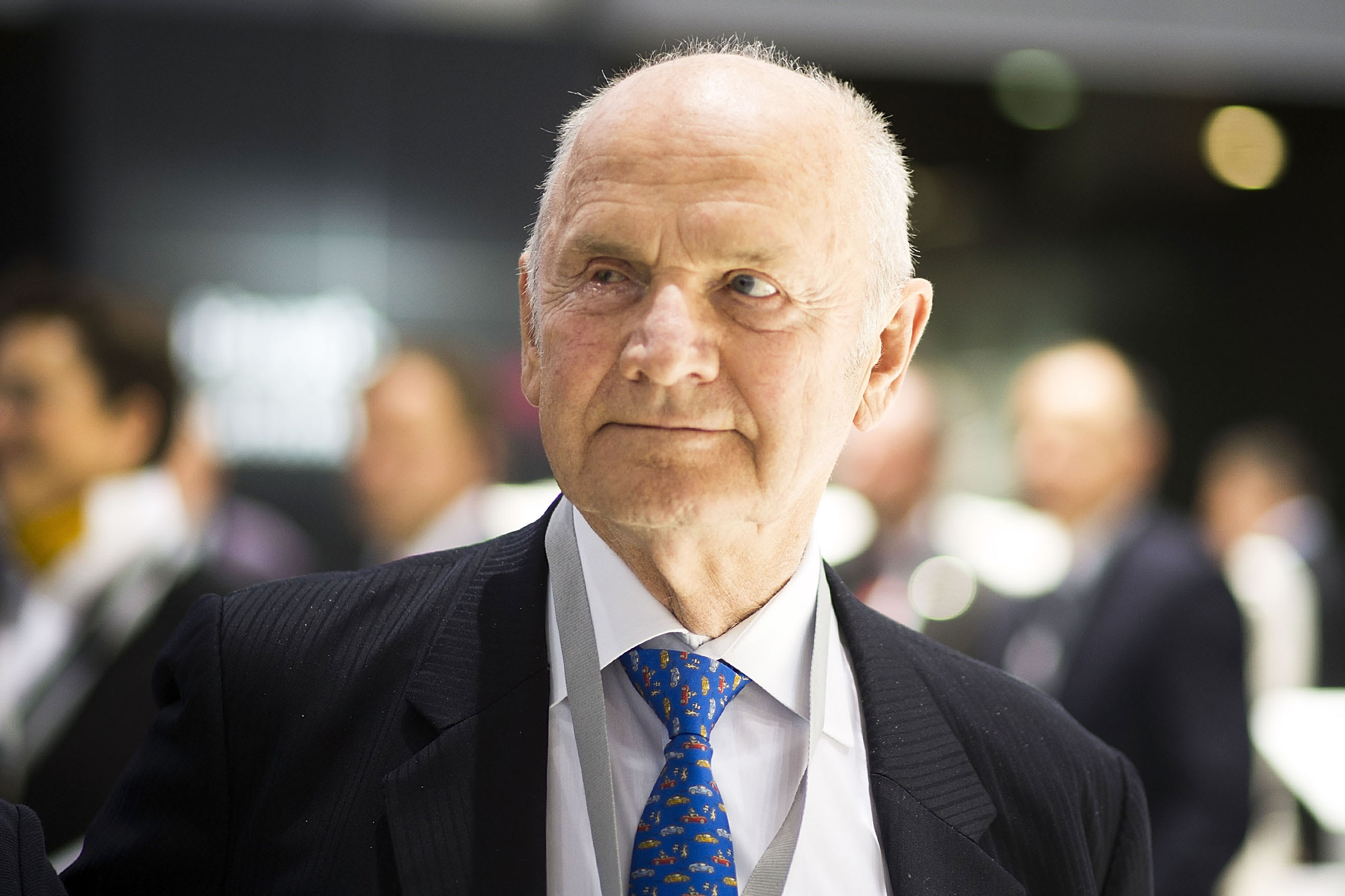 Called one of the most important industry leaders since Henry Ford, Ferdinand Piech transformed Volkswagen from a regional manufacturer in Europe to a global automotive power.

He leaves a complex legacy that will bear another, far darker, lasting mark on the German automaker — the penalties and ongoing criminal probes surrounding its diesel emissions scandal.

Piech was hailed as a brilliant engineer and hard-driving manager who set a “cannot fail” environment at Volkswagen. That mindset helped the company become one of the top-selling automakers in the world. Critics contend, it also set the stage for the VW diesel emissions cheating scandal that so far cost the company over $30 billion.

“Volkswagen wouldn’t stand where we stand now without Ferdinand Piech,” Bernd Osterloh, a German labor leader and member of the VW supervisory board said in a statement. “We owe him our gratitude and recognition.”

Piech was born to Nazi parents in Vienna in April 1937, the year before his grandfather unveiled a car commissioned by Adolf Hitler that would later become the first Beetle. With the influence of Porsche and other family members, Piech’s direction was set early on. Earning a master’s degree in engineering, he began working at Porsche, splitting his time between motorsports and retail development programs.

In 1975, Piech moved over to Audi, eventually working his way up to head the luxury brand. Widely seen as heir apparent at parent company Volkswagen AG, he became the carmaker’s new CEO in 1993. It was a challenging time, recalled professor Peter Wells of the Cardiff Business School in Wales, and Piech quickly had to address out-of-control costs, fix endemic quality problems and reverse a string of losses.

Tall and thin with piercing blue eyes and a no-nonsense disposition, Piech “was a strong and clear-minded individual,” Wells said, adding that Piech knew exactly what he wanted and how to get there. “He led by example. He knew so much about engineering, as well as manufacturing, that he had real credibility. The engineers who worked for him understand he knew what he wanted and how to get it.”

Piech was brash and unapologetic.

“If I want to achieve something, I approach the problem and push it through without realizing what’s happening around me,” Piech said in a 2002 autobiography titled “Ferdinand Piech: Auto. Biographie.” “My desire for harmony is limited.”

He was also unapologetic in his personal life. He had an affair in 1972 with Marlene Porsche, the wife of his cousin Gerhard Porsche, according to German newspaper Spiegel. The affair led to her divorce, a 12-year relationship with Piech and two children between the couple. It also drove a wedge between the Porsche and Piech sides of the family with the Porsche clan accusing Piech of trying to wrest control of company shares Marlene got in the divorce, Spiegel said.

While Piech’s training was in the nuts-and-bolts of the auto industry, he also had a clear business knack, added David Cole, director-emeritus of the Center for Automotive Research in Ann Arbor, Michigan. Under Piech, Volkswagen not only began getting business operations in order but also expanded its brands, adding Lamborghini, Bentley and Porsche, among others, to its lineup.

Taking control of the latter brand came about almost by accident, the result of an internecine feud between the heirs of Ferdinand Porsche. Cousin and Porsche chief Wolfgang Porsche launched an unexpected, David-versus-Goliath bid to acquire VW. Eventually, the sports car company’s pitch failed and it became the target; Volkswagen acquiring control of Porsche in 2012.

By then, Piech had relinquished the CEO job to his hand-picked successor, Martin Winterkorn, but he remained a major force, guiding strategy in his new role as head of Volkswagen’s supervisory board.

Cole said Piech “understood what was possible and pushed people really hard to achieve his goals.”

Piech made that clear to a small group of reporters who he met with shortly after becoming VW CEO in 1993. The automaker had been looking to reverse years of decline in the U.S. market with the Passat, but the midsize sedan had failed to unseat segment leaders like the Toyota Camry and Honda Accord. Piech ordered a complete makeover and outlined an ambitious series of targets for the update during the meeting.

When asked what would happen if the product development team couldn’t meet all his goals, Piech replied, “Then I will fire them all and bring in a new team.” And if they also fell short, he quickly added, “I will fire them, too.”

It was a “take-no-prisoners” approach, that helped drive Volkswagen’s turnaround and laid the foundation for it to become the world’s best-selling automaker last year, Wells said. But he also said there was a dangerous downside to Piech’s “cannot-fail” mentality. “Managers knew they had to deliver results, no matter what it takes.”

That became apparent when, in September 2015, the U.S. Environmental Protection Agency accused VW of rigging a diesel engine to illegally pass emissions tests. The automaker subsequently acknowledged the subterfuge and said it had installed a “defeat device” on a second engine used in products sold by Audi and Porsche. Since then, Volkswagen has spent more than $30 billion on fines, settlements, repairs and product buybacks.

Several senior executives have also been indicted for their alleged role in the scandal, including former Audi CEO Rupert Stadler and former VW Chief Executive Martin Winterkorn, who was forced out of the company shortly after the diesel scandal emerged.

While prosecutors haven’t revealed any direct links between Piech and what has come to be called “Dieselgate,” the scandal “will forever stain all the great things he accomplished,” said Eric Schiffer, chairman of Reputation Management Consultants.

Perhaps, but it won’t wipe out Piech’s legacy entirely, said Wells, suggesting that Piech was “perhaps more influential a man than anyone else in the industry since Henry Ford.”

Piech sought to distance himself from the diesel scandal, pointing fingers at other managers, including his cousin, Wolfgang Porsche, who also sat on the supervisory board.

That only added to the bad blood that had led him to retire in May 2015, a month after the board decided to renew Winterkorn’s contract, the two men by then having had a fierce falling out.

Piech remained active even after leaving Volkswagen and, according to a statement by his wife, Ursula, he was on his way to an industry conference when he died “suddenly and unexpectedly.”

Piech had 12 children, including five with his first wife, two with Marlene Porsche and three with Ursula, a former teacher and nanny who briefly served with Piech on the VW supervisory board. He also had two other children.

Instagram is testing a standalone messaging app called Threads
Moving out of China has ‘gone very well for us’
To Top
error: Content is protected !!
Top