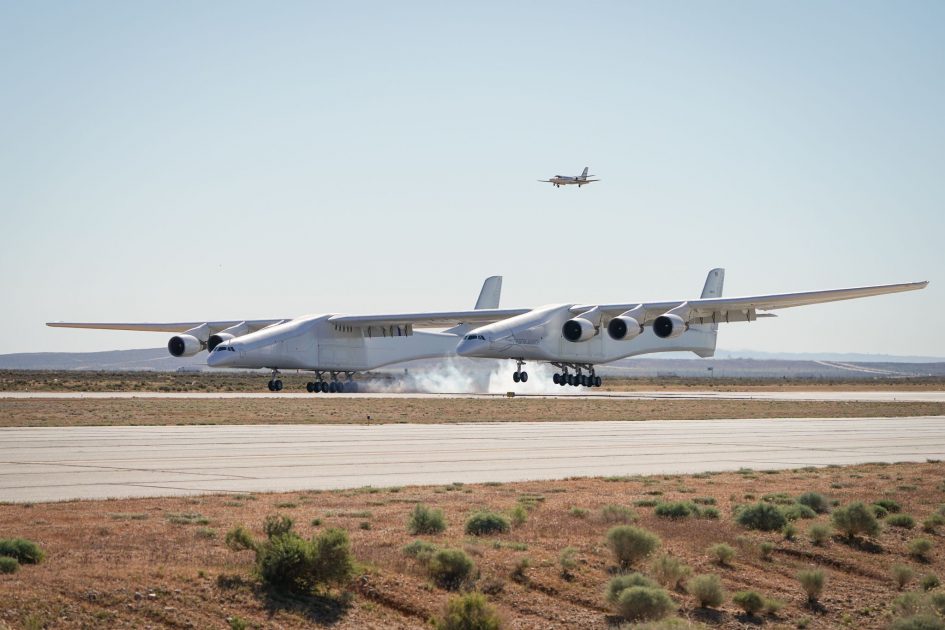 Stratolaunch, the world’s largest airplane, lands at the Mojave Air and Space Port in California after its first successful flight on April 13, 2019.

Stratolaunch, the world’s largest airplane that flew only once, is up for sale.

Vulcan and Stratolaunch did not respond to multiple CNBC requests for comment. The hefty price tag includes ownership of the airplane as well as the intellectual property and facilities.

Allen’s vision of a massive flying airplane to launch rockets from the sky was at least partially fulfilled in April, when Stratolaunch flew for the first time after about eight years in development. Based in the Mojave Air and Space Port in California, the giant airplane flew for more than two hours before landing after what was deemed a successful first flight. Stratolaunch is the world’s largest airplane by wingspan, which stretches 385 feet – longer than an American football field. The airplane is powered by six jet engines salvaged from Boeing 747 aircraft.

Stratolaunch, the world’s largest airplane, lands at the Mojave Air and Space Port in California after its first successful flight on April 13, 2019.

The company has had various partnerships, as well as internal plans, for the rockets that Stratolaunch will carry. SpaceX was one of the company’s earliest partners but Stratolaunch later switched to a contract with Northrop Grumman-owned Orbital ATK to fly the Pegeasus XL rocket. Stratolaunch’s plan to develop its own fleet of rockets was scrapped in January.

Stratolaunch has been steadily downsizing this year, with much of the workforce laid off already, despite plans to launch a small Northrop rocket in 2020. The company is in the process of closing operations, Reuters reported last month.

One item holding up internal the sale of Stratolaunch, according to one of the people, is an internal disagreement between the company’s CEO Jean Floyd and Allen’s sister Jody, who serves as the chair of Vulcan as well as the executor of his estates. While Floyd appears to be petitioning that Vulcan keep the Stratolaunch program alive, especially by retaining the company’s intellectual property, Jody Allen would like to sell the company outright, the person said.

There are number of possible suitors for Stratolaunch, especially the most active space industry trio of billionaires: Elon Musk, Jeff Bezos and Richard Branson.

While its unknown if either Musk’s SpaceX or Bezos’ Blue Origin are pursuing a purchase of Stratolaunch, people familiar told CNBC that the company has spoken to Branson about selling to his Virgin Group. Branson’s conglomerate owns three space companies: Virgin Galactic, The SpaceShip Company and Virgin Orbit. As the former two were built using similar technology to Stratolaunch – all three have a similar manufacturing heritage, as they all originated from designs prototype aerospace manufacturer Scaled Composites – Virgin may be an ideal destination for Stratolaunch.

For the first time ever, the Stratolaunch aircraft moved out of the hangar to conduct aircraft fueling tests.

But Branson was hesitant to pay full price for Stratolaunch, a person familiar said. Instead, the person said Branson countered Vulcan’s offer in a similar way to his low-ball offer for the supersonic Concorde fleet in 2003 (British Airways was planning to retire the airplane and Branson offered the airline $8.30 to take the planes off their hands and continue flying the Concordes for Virgin Atlantic).

Branson pitched Vulcan that he would buy Stratolaunch… for $1.