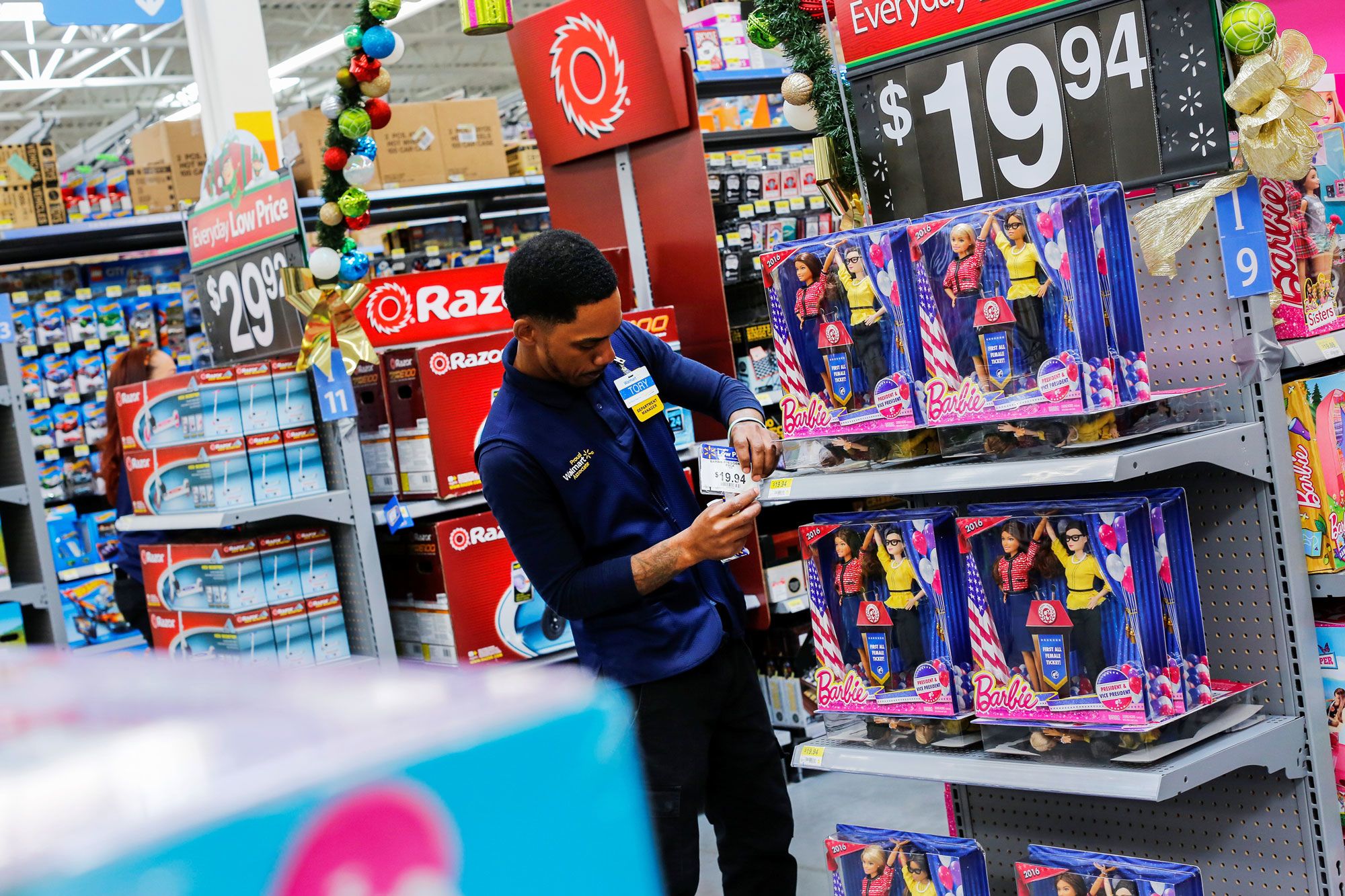 Walmart has a new target for talent in a tight labor market: high school students.

The nation’s largest private employer, with a U.S. workforce of 1.5 million, announced plans Tuesday to expand a college-education perk to high schoolers, hoping to get them off to universities to continue their education, and relieve them of staggering loan debt.

Here’s what high school students will now have access to, according to Walmart:

Walmart said fewer than 25,000 of its workers today are high school students, reflecting a “very small percentage” of its workforce. That’s especially small when compared with other companies in the industry, because it can be often hard to work around students’ busy class schedules, Julie Murphy, executive vice president of Walmart’s U.S. people division, said during a call with members of the media.

But, “we see this as a pipeline we can leverage that we currently aren’t leveraging today,” she said.

The announcement comes a year after Walmart started subsidizing the cost of higher education for its employees who have yet to earn college degrees, creating “Live Better U.” It’s been doing this through a partnership with Guild Education — a tuition reimbursement and education platform that helps large employers extend education benefits, including tuition reimbursement, to workers. Walmart workers accepted into this program only have to contribute $1 per day, for 365 days each year, toward their education, so long as they’re enrolled. Walmart covers the rest.

Tuesday’s announcement expands the program to as many as 5,000 additional workers each year, who will be eligible for $1,500 awards.

It’s also adding 14 technology degrees and certificates for its workers to choose, including computer science, cybersecurity, computing technology and a certificate for Java programming. When this program launched in 2018, workers had to opt for an associate’s or bachelor’s degree in business or supply chain management.

The goal is for employees to acquire the skills Walmart will need in the future, according to Drew Holler, senior vice president of associate experience for Walmart in the U.S. He said it’s also helping with retention and engagement with customers in stores, as enrolled employees are more committed to their work.

Walmart a year ago had said it expected as many as 68,000 employees could sign up for the new college program over the course of four to five years. Only about 7,500 people have enrolled to date.

“We have gone deliberately slow” with sign-ups to the program, to start, Murphy said. “We expect this to ramp. [And] we think the [new] degrees we are offering will be instrumental … as we think about the future.”

Walmart isn’t the only employer fighting to attract and retain top talent, with U.S. unemployment hovering near record lows.

Amazon CEO Jeff Bezos, in his annual letter to shareholders in April, issued a challenge to other retailers, not naming which ones specifically, to match its pay and benefits. Walmart’s minimum wage of $11 an hour, set in January 2018, is still below Amazon’s, which was hiked to $15 in November. “Do it! Better yet, go to $16,” Bezos said.

Walmart has said its average, hourly compensation including benefits comes out to be more than $17.50.

Also encouraging Walmart to do better, 2020 Democratic presidential candidate and Sen. Bernie Sanders is set to attend Walmart’s shareholders meeting on Wednesday, where he’s expected to pressure the company to raise wages and propose that hourly workers get a spot on Walmart’s board. He’s been targeting the world’s biggest retailer for years, going as far as introducing a bill in 2018 aimed to push the company to hike pay.

“I’m going to Bentonville, Arkansas, to tell the Walton family of Walmart, the wealthiest family in America: Get off welfare. Pay your workers a living wage!” Sanders tweeted last week.