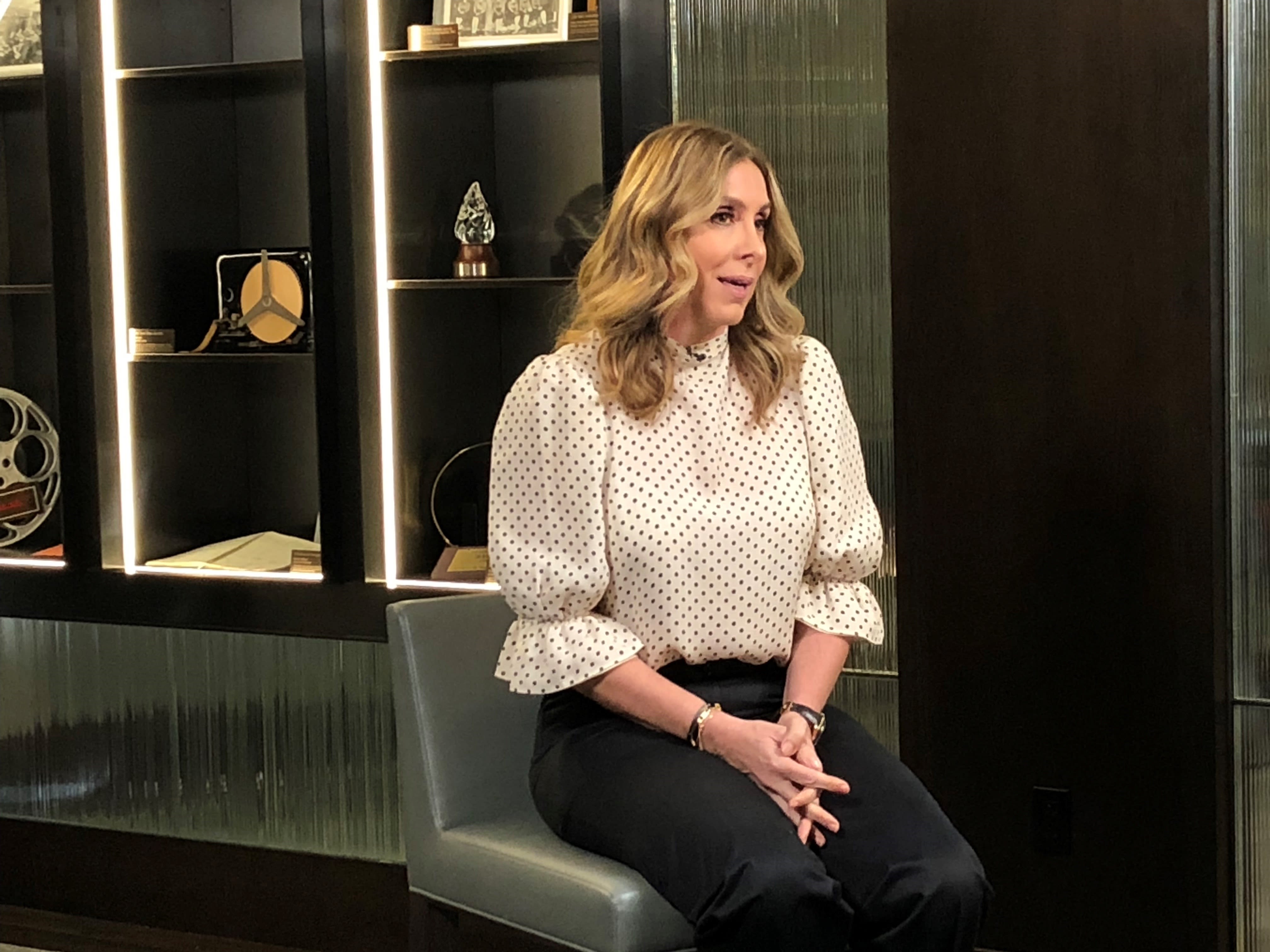 Carlos Ghosn, former chairman of Nissan Motor Co., center, sits in a vehicle as he leaves his lawyer’s office in Tokyo, Japan, on Wednesday, March 6, 2019.

Carole Ghosn, the wife of former Nissan Chairman Carlos Ghosn, accused Nissan of having her husband arrested in a conspiracy by the company’s board to avoid a merger with French automaker Renault.

Carlos Ghosn, who was also CEO of Renault when he was arrested late last year, was charged in Japan with committing financial crimes while serving as CEO of Nissan. Ghosn, who stepped down as chairman of the Japanese carmaker in 2017, has denied the charges, which include allegations that he diverted Nissan funds to a Saudi businessman and friend, under reported his compensation and engaged in a breach of trust tied to personal trading losses.

Former Nissan Chairman Carlos Ghosn’s wife Carole sits down for an interview with CNBC on June 4, 2019.

“We know it’s a conspiracy. Nissan did not want this merger,” Carole Ghosn said in an exclusive interview with Sara Eisen on CNBC’s “Closing Bell ” that’s scheduled to air at 4 p.m. ET Wednesday.

“A few people within Nissan decided to get rid of my husband, that that was the easiest way not to do the merger,” she said. “There was maybe a more civilized way of doing it.”

Nissan reportedly rejected a proposed a merger with Renault in April. The offer came shortly after Nissan removed Ghosn from the board, ending his 19 years with the company.

Ghosn was re-arrested that month on new charges of misusing corporate money. He has consistently refused to sign a confession, and has accused Nissan and unnamed executives at the company of “backstabbing,” and engaging in a “coup.”

Italian-American automaker Fiat Chrysler announced a proposed merger with Renault last week. Carole Ghosn said “it’s clear how Nissan doesn’t wanna be involved and they want nothing to do with it.”

“I think with time, we will see more clarity on this story. And people now realize … this was a conspiracy against my husband,” she said.