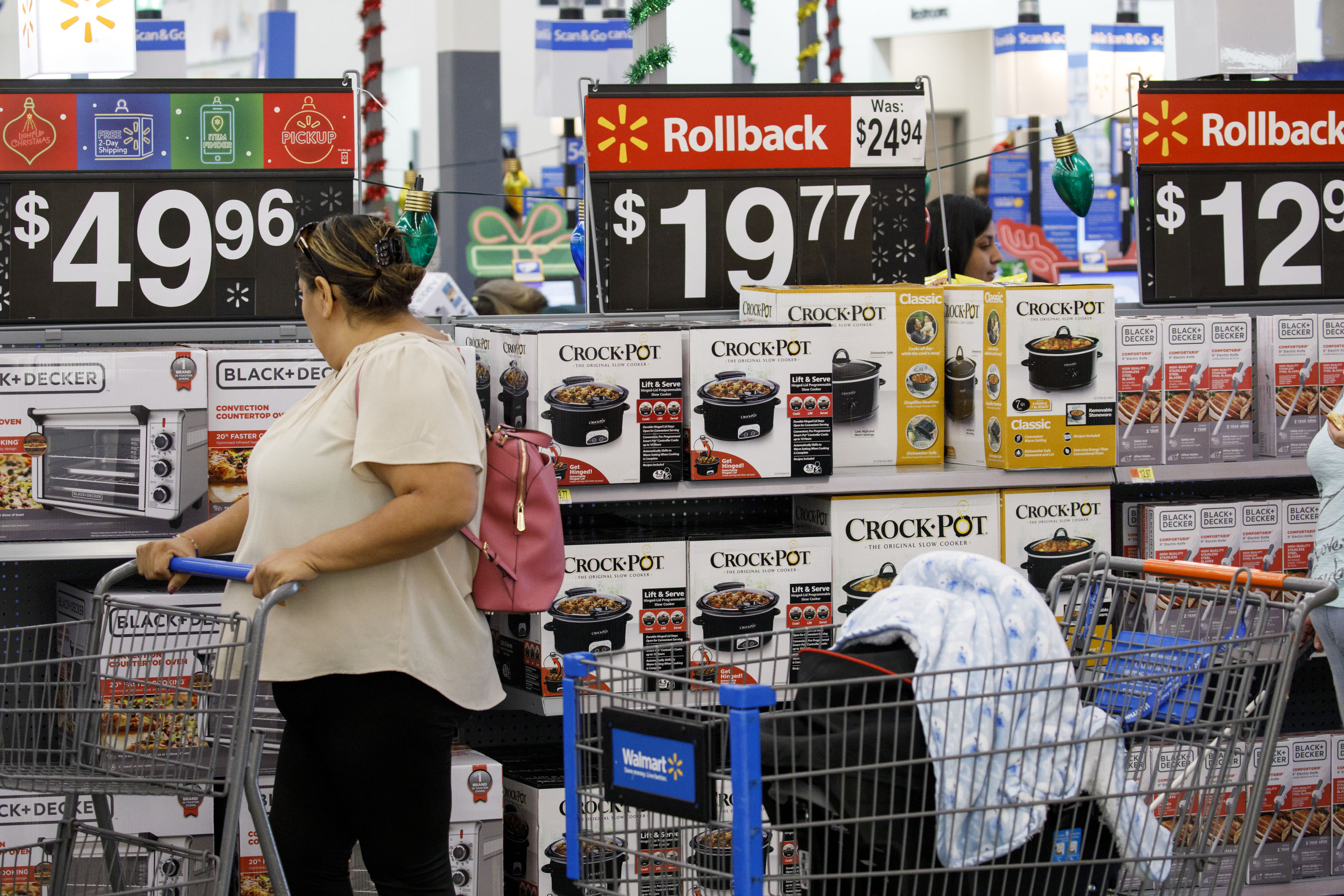 A customer browses products at a Walmart store in Burbank, California.

Walmart’s former U.S. CEO told CNBC on Tuesday that the retailer’s decision to stop selling some ammunition is a “thoughtful” one, but he’s not confident it will reduce gun violence.

The biggest retailer in the world announced earlier in the day that it’s discontinuing sales of handgun ammunition and sales of short-barrel rifle ammunition that can be used with military-style weapons after two shootings at Walmart stores this year. It will also stop all handgun sales in Alaska, completing its exit from the handguns category.

“While I would hope that this would make things safer, unfortunately, there’s plenty of places to buy ammunition,” Bill Simon said on “Closing Bell.” “It’s kind of unreasonable to ask Bentonville to solve a problem that Washington, D.C., should solve,” Simon added, referring to the Arkansas town in which Walmart was founded and is headquartered.

Walmart is also asking customers in “open carry” states who visit Walmart and Sam’s Club to not openly carry firearms in stores.

Walmart said it won’t be changing its policy for customers who have permits for concealed carry. And it will be adding signage to stores in the coming weeks to communicate the changes.

The company, he said, “had to take some sort of action, and this was thoughtful. Whether it will be impactful on the overall issue in the country is difficult to say.”

The announcement from Walmart comes as the retailer has faced backlash for not pulling weapons from stores after a deadly shooting in July at a Walmart store in Mississippi and another in August at a Walmart in El Paso, Texas, where 22 were killed.

Read the full memo from Walmart’s CEO about pulling back on ammunition sales, asking the government to act.