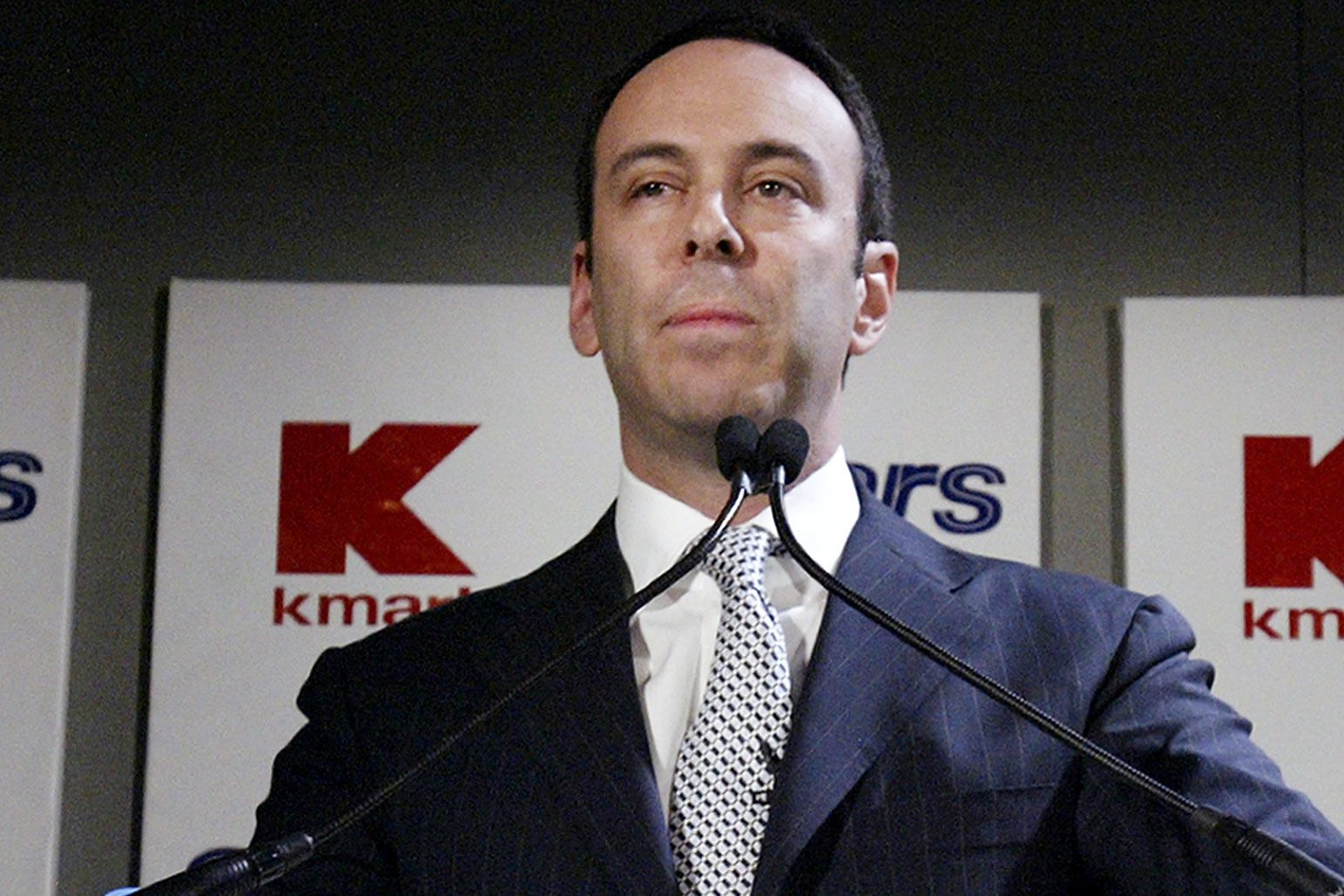 Edward Lampert speaks during a news conference to announce the merger of Kmart and Sears in New York, Nov. 17, 2004.

Lampert bought Sears out of bankruptcy last year through an affiliate of his hedge fund ESL Investments, Transform Holdco, after years of declines under his leadership as CEO and chairman. The deal, which saved the company from liquidation, also promised that Lampert would cover severance costs for workers who lost a job in bankruptcy.

Sears and Lampert have since sparred over what each party believes they are owed by the other as part of the deal. Lampert said in court filings that Sears fell short of what it owes him. To help make up the loss, he is requesting approval from the bankruptcy judge to not pay $43 million in severance.

In a letter sent Thursday, Warren, D-Mass., and Ocasio-Cortez, D-N.Y., lashed out at Lampert.

“The failure to make those payments would amount to a broken promise on your part, and a betrayal of hard-working Sears employees — some of whom have worked at the company for decades — who are relying on the severance that they have been promised to pay rent, care for children, and put food on the table,” they said.

The two referred to a written exchange between Lampert and Warren earlier this year in which the senator inquired about Lampert’s plan to buy Sears’ out of bankruptcy and the retailers’ viability under his ownership. In Lampert’s response, dated Feb. 19, he defended his management of Sears and assured Warren that his deal to buy the retailer would guarantee severance payments to employees who lost their job after it filed bankruptcy on Oct. 15 and did not rejoin the company.

“But for the sale to ESL, these employees would be getting nothing,” Lampert wrote.

But those payments are now under question. In court documents filed during the past two weeks, Lampert and Sears have sparred over how the two are divvying the remaining expenses and assets. To help ensure that Sears could cover its administrative expenses, Lampert as part of his deal to acquire Sears, promised Transform would pay up to $270 million to cover costs like severance and money owed to its vendors.

But Lampert, through Transform, says he can no longer promise the full $270 million because Sears has fallen short in what it owes Transform. Transform alleges Sears had not delivered the prepaid inventory it promised, inflated the amount that Transform owes Sears, did not hand over all of its Illinois headquarters, along with other complaints.

Sears contests the allegations. It accused Transform of playing hardball with Sears as a stalling negotiating tactic to gain more from a company on the brink of liquidation. Sears, in court documents, did acknowledge that it did not deliver $55 million in prepaid inventory owed to Transform.

The two parties aired their grievances this week before Judge Robert Drain of the U.S. Bankruptcy Court for the Southern District of New York but did not come to a resolution. The two are expected to have a follow-up hearing later this summer. Drain urged the two to resolve their differences before then, offering his assistance in arbitration.

“Mediation isn’t free, though before a judge, it’s almost free, so consider it,” he said.

The letter from the two lawmakers follows up on a similar inquiry to Steven Mnuchin, raising questions about his time on Sears’ board before he became the Trump administration’s Treasury secretary. The letter came about a month after Sears filed a lawsuit against Lampert, Mnuchin and other past board members, alleging they stole billions from the former titan of the U.S. retail industry. Lampert has contested those claims.

Take a look at the most expensive SUV in the world: the Karlmann King
Lyft rises after Uber CEO shows optimism about competition
To Top
error: Content is protected !!
Top