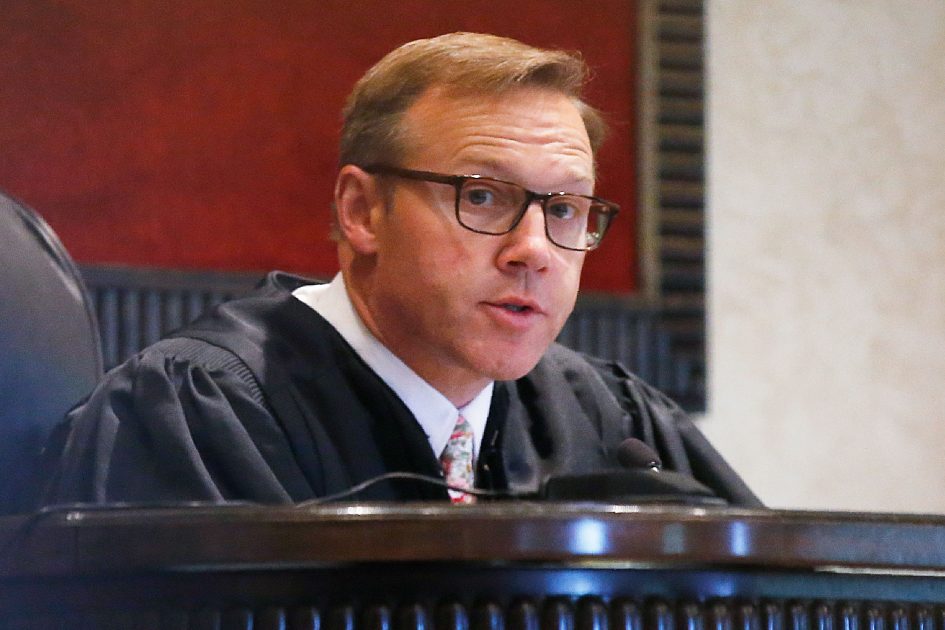 [The stream is slated to start at 4 p.m. ET. Please refresh the page if you do not see a player above at that time.]

(Read about the judge’s decision here.)

Oklahoma Judge Thad Balkman is expected to issue what will be a landmark ruling Monday afternoon on whether Johnson & Johnson will be held responsible for the state’s opioid crisis.

The consumer products and pharmaceutical company, which makes everything from Tylenol to Aveeno lotions, was the only defendant in the seven-week trial in Cleveland County, which began May 28. Purdue Pharma, the privately held maker of OxyContin that has faced the brunt of the blame for the nationwide opioid epidemic, and Teva Pharmaceutical each reached a settlement with the Oklahoma attorney general’s office before the trial began. Both companies did not admit to any wrongdoing.

Oklahoma Attorney General Mike Hunter claims J&J’s sales practices created an oversupply of opioids and “a public nuisance” that upended lives and will cost the state $12.7 billion to $17.5 billion. The state is asking for more than $17 billion in damages.

J&J, which marketed the opioid painkillers Duragesic and Nucynta, has denied any wrongdoing.