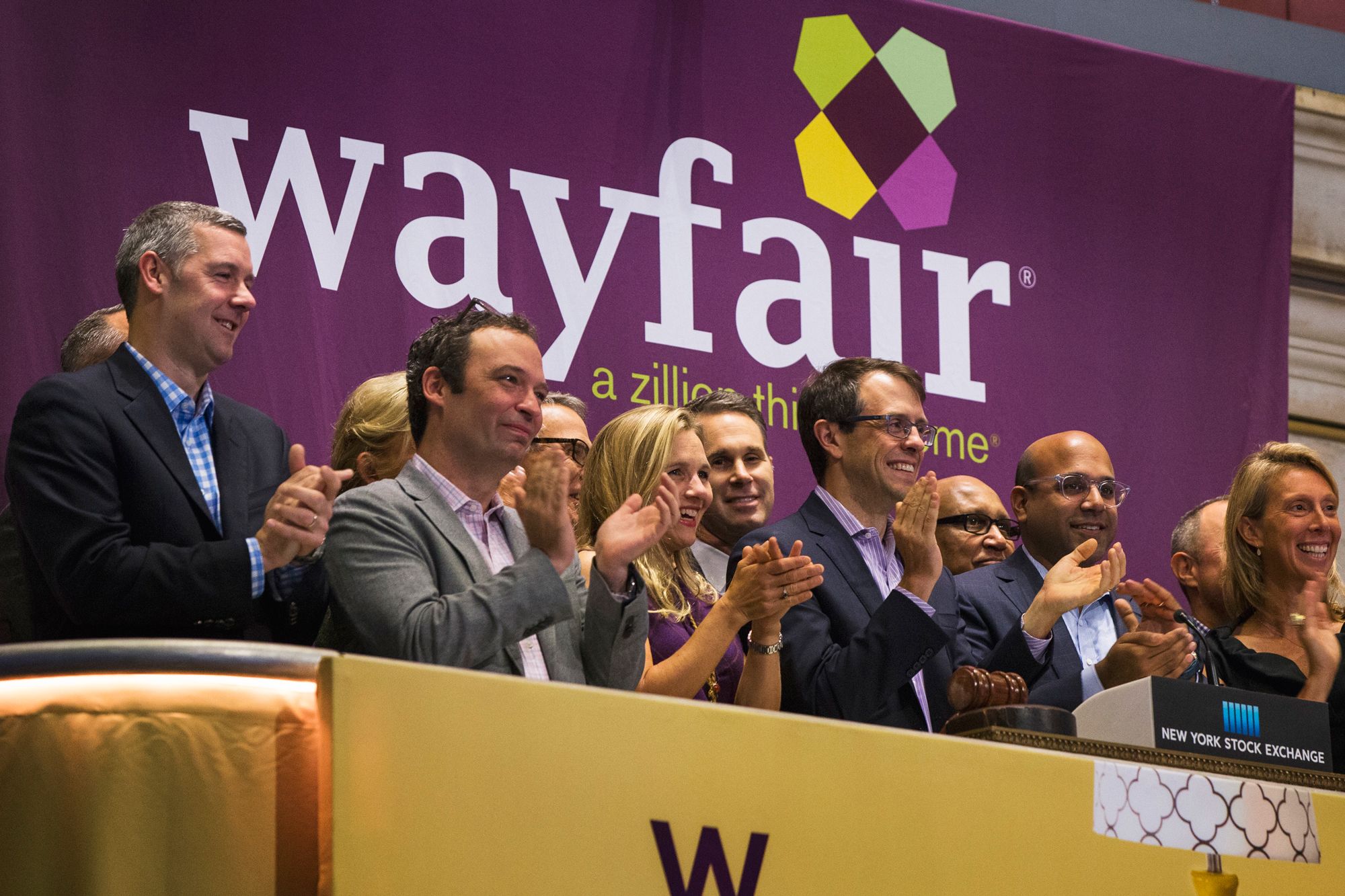 Wayfair co-chairman and co-founders Steve Conine (C) and Niraj Shah applaud as they ring the opening bell above the floor of the New York Stock Exchange on the day of the company’s IPO October 2, 2014.

More than 500 Wayfair employees signed on to a petition and are trying to rally support for a walkout Wednesday to protest the company’s apparent sale of $200,000 of mattresses to a detention camp for migrant children along the Mexican border.

The company sold the mattresses on June 13 to a charity group that works as a federal contractor managing some of the camps along the southern border, according to a copy of the sales receipt obtained by CNBC and verified by an employee. The roughly 1,600 mattresses and 100 bunk beds are scheduled to arrive in Carrizo Springs, Texas, on Wednesday and Thursday, according to the receipt.

Organizers, who asked to remain anonymous for fear of retaliation by the company, have posted a copy of a letter they sent to management as well as the company’s response to a Twitter account called Wayfairwalkout. They are trying to pressure the company into severing its relationship with Baptist Children’s Family Services, the nonprofit that placed the order and is helping to furnish the detention center.

“The United States government and its contractors are responsible for the detention and mistreatment of thousands of migrants seeking asylum in our country,” the employees wrote in an undated letter organizers said was signed by 547 employees. “We want to be sure that Wayfair has no part in enabling, supporting, or profiting from this practice.”

They added that the detention of migrants at the southern border isn’t “an ethical business partnership Wayfair should be a part of.”

The company told employees in an undated response it was standard practice to sell to “any customer who is acting within the laws of the countries within which we operate,” according to a copy of the letter posted to Twitter and verified by an employee who received it. The company said employees, investors and customers are best served by its commitment to fill all orders, which doesn’t “indicate support for the opinions or actions of the groups or individuals who purchase from us.”

The protest will take place in Boston’s Copley Square, where the company is headquartered.

Employees have asked Wayfair to donate the profits, $86,000, to the Refugee and Immigrant Center for Education and Legal Services, or RAICES, a nonprofit organization that operates in Texas.

U.S. Rep. Alexandria Ocasio-Cortez, D-N.Y., jumped into the fray with her own tweet Tuesday.

“Wayfair workers couldn’t stomach they were making beds to cage children. They asked the company to stop. CEO said no. Tomorrow, they’re walking out,” she wrote. “This is what solidarity looks like — a reminder that everyday people have real power, as long as we’re brave enough to use it.”