We want to continue making Mac Pro in U.S. 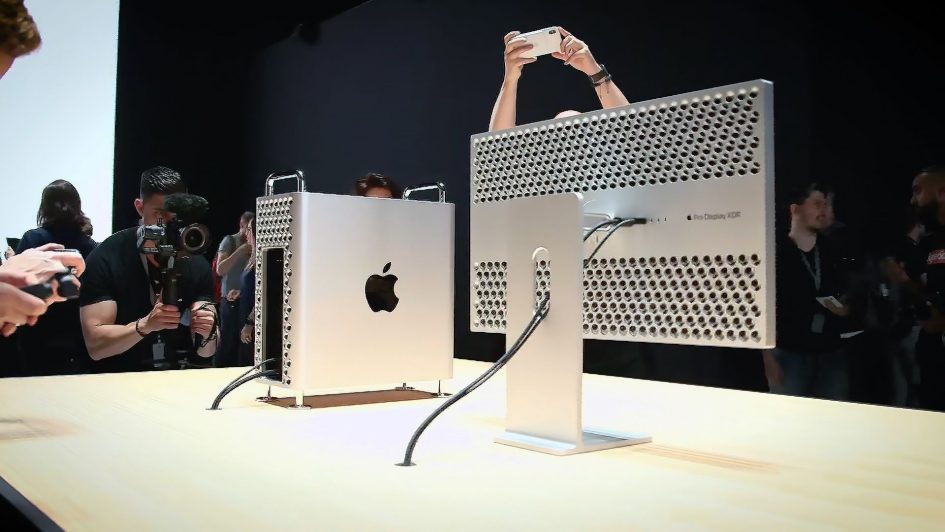 Apple CEO Tim Cook said on Tuesday that the company wants to manufacture the Mac Pro computer in the U.S., and suggested that Apple is talking to the Trump administration about the topic.

“In terms of the exclusion, we’ve been making the Mac Pro in the U.S. We want to continue doing that,” Cook said on a call with analysts. “We’re working and investing currently in capacity to do so because we want to continue to be here.”

“And so that’s what’s on the exclusions. And so we’re explaining that and hope for a positive outcome,” he continued.

The $5,999 computer isn’t on sale yet. Apple announced the Mac Pro in June with a fall release date.

Previous versions of the Mac Pro before this latest redesign were assembled in Texas. But most of Apple’s products are assembled in China — and the Wall Street Journal and the New York Times both reported that this new Mac Pro redesign would be assembled by Quanta, near Shanghai.

Last week, President Trump said that his administration would not grant Apple any duty exclusions for Mac Pro parts made in China, as Apple had previously applied for.

“Apple will not be given Tariff wavers, or relief, for Mac Pro parts that are made in China,” President Trump tweeted. “Make them in USA, no Tariffs!”

Trump later said in an Oval Office interview that he expected Apple to announce that it was building a plant in Texas.

“A man I have a lot of liking for and respect is Tim Cook, and we’ll work it out, I think they’re going to announce that they’re going to build a plant in Texas, and if they do that I’m starting to get very happy, okay,” Trump said last Friday.