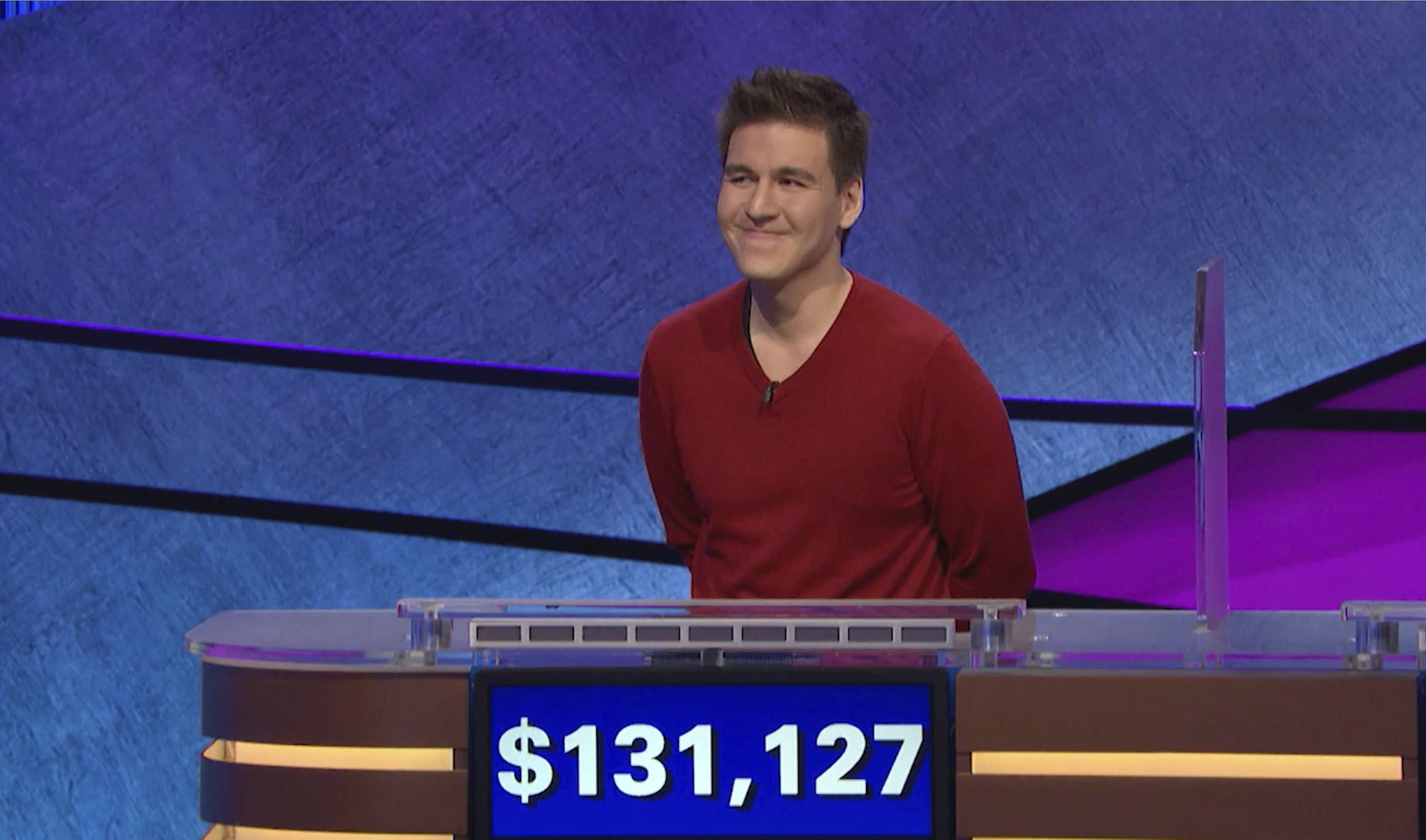 This image made from video aired on “Jeopardy!” on Wednesday, April 17, 2019, and provided by Jeopardy Productions, Inc. shows James Holzhauer.

The 34-year-old professional sports gambler’s winning streak comes to an end Monday night, according to leaked footage of the episode and confirmation from the man himself. Holzhauer walked away with $2.46 million, just $59,000 shy of the all-time winnings record held by Ken Jennings from 2004.

In the minute-long video, Holzhauer and competitor Emma Boettcher both correctly answer the Final Jeopardy question, but Boettcher pulls out the win, having wagered more money.

So, why did Holzhauer bet so little on the Final Jeopardy question?

“I knew I could only win if Emma missed Final Jeopardy, as there was no way she wouldn’t bet to cover my all-in bet,” Holzhauer told The Action Network on Monday. “So my only concern was getting overtaken by third place, and I bet just enough to make sure of locking him out. Betting big would have looked good for the cameras, but now I turn my straight bet (Emma misses) into a parlay (Emma misses and I get it right).”

Holzhauer went on to explain that if he had doubled down, wagering all of his money, and gotten the question correct, he would have only been at $46,800. For comparison, if Boettcher had doubled down and correctly answered she would have earned $53,200. Instead, she bet a strategic $20,201, earning a final amount of $46,801, one dollar more than what Holzhauer would have won had he bet it all.

Knowing the odds were not in his favor for first place, Holzhauer decided to protect himself against coming in third place. If the other contestant, who had $11,000 at the start of Final Jeopardy had doubled down and was correct, he would have earned $22,000 as his final score.

Holzhauer bet $1,399, the exact amount he’d need to still come in second place should his answer have been incorrect.

The sports gambler had become known for employing an aggressive strategy when selecting boxes on the board at the start of each game. While many contestants would typically work their way through a single category, starting with the least valuable answer and moving to the most valuable tiles, Holzhauer did something different. He would go across the bottom of the board, picking out the highest valued boxes for each category. With correct answers, he was able to amass money quickly before stumbling on the Daily Double squares, which would allow him to bet a large portion of his winnings. It’s part of the reason he was able to tally more than $130,000 in a single game, a record.

“I lost to a really top-level competitor,” Holzhauer said, in an interview with the New York Times. “She played a perfect game. And that was what it took to beat me.”