Why streamers like Netflix are moving in on competitive reality shows 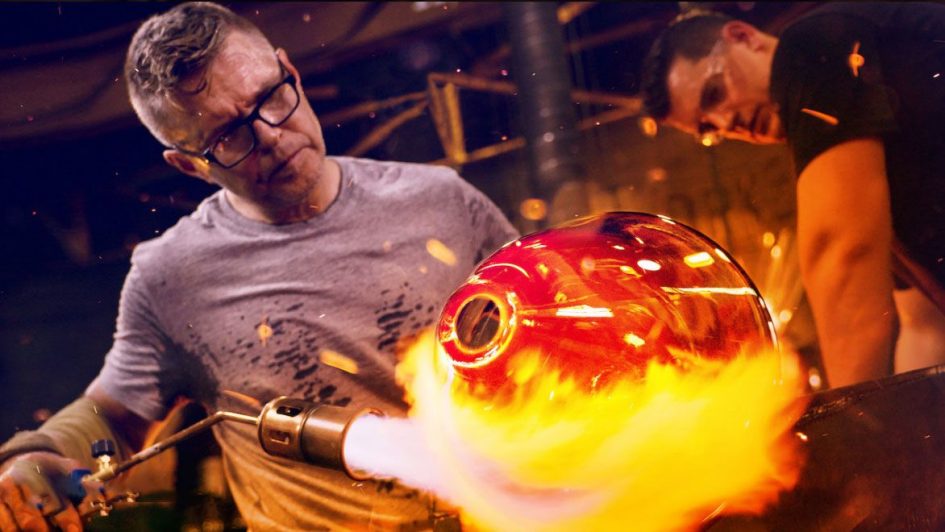 “Blown Away” on Netflix

A reality competition show about glassblowing was probably not going to be your go-to weekend binge. But Netflix may have changed that when it dropped “Blown Away” on July 12.

The new Canadian show features glassblowers fighting to impress a panel of judges with their artistic skills over a 10-episode season. The stakes: getting eliminated or nabbing a $60,000 cash prize and a residency at the Corning Museum of Glass. It was released the same month Netflix scored its first Emmy nomination in the “Outstanding Competition Program” category for baking show “Nailed It” — ending the 14-year streak for Bravo’s “Project Runway.”

“Blown Away” is not only a visually appealing look at how a glassblowing competition can get dangerous (with a 2,000-degree furnace) or dramatic (as contestants race a ticking clock) — it’s also an example of what streamers can gain from reality competition shows.

The show was on Netflix’s top 10 reality shows in the United Kingdom during the week of July 20, according to Radio Times, and has gotten buzz on social media — mostly driven by a divide about the winner.

Netflix was “sort of the most likely home for the show,” said Matt Hornburg, Marblemedia’s co-CEO and executive producer. Marblemedia produced the show in association with Netflix and Canadian broadcasting company Blue Ant Media and had distributed “Tales of Light,” a documentary reality show about photography that Netflix bought.

“We knew that visually rich projects are very appealing” to Netflix, Hornburg said. “They were very excited about the project.”

The streaming giant’s second-quarter earnings released in mid-July showed the company needs to gain more dedicated watchers. Netflix reported it lost more than 100,000 subscribers in the U.S., even though it was expected to gain more than 300,000.

Reality competition shows may be a way for Netflix to appeal to a wider audience, said James Nadler, chair of Ryerson University’s School of Creative Industries.

“The reality shows and competition shows still cut across all the demographics,” Nadler said, adding that shows such as CBS’ “Survivor” and “The Amazing Race” and NBC’s “The Voice” are ones families often watch together.

A scene from “Survivor” on CBS.

Netflix needs shows on its platform everyone wants to watch, Nadler said.

“They are in a way being old-fashioned broadcasters — they are trying to get everyone in the tent,” he said. “A show like [Netflix’s] ‘Russian Doll’ won’t do that. They will get a specific audience — and a good audience — but they won’t get everyone.”

This genre is appealing to viewers because they make ordinary tasks and skills dramatic and show contestants managing their anxiety while getting them done well, said Jack Bratich, a media studies and journalism associate professor at Rutgers University.

“There’s a lot there that speaks to peoples’ lives around the anxiety of being perfect,” Bratich said.

Another perk for streamers? These shows are relatively cheap to make.

Contestants are often not unionized, so they’re paid what an extra on set would be paid, Bratich said. The camera shots don’t need to be as high-quality as a scripted show, so they don’t need to spend on editors demanding high salaries because of their creative abilities. He said the shows are also cheaper because they’re formulaic.

“There isn’t that much variation in the genre itself,” Bratich said. “You just plug in different skills — whether it’s glassblowing, cake-baking or fashion design.”

Episodes of HBO’s hit saga “Game of Thrones,” for example, were estimated to cost $15 million each, Variety reported. While it’s difficult to gauge the cost of reality television shows, E! reported in 2008 that a 30-minute reality show costs approximately $100,000-$500,000 per episode.

The $1 million prize CBS pays each season’s winner of “Survivor,” Nadler pointed out, is the same amount each cast member of NBC’s “Friends” negotiated for each half-hour episode in 2002.

Streamers aren’t necessarily the best platform for a reality competition show, though, Bratich and Nadler said.

Bratich said weekly broadcasts of reality shows have an urgency then a resolution toward the end of each episode — like a contestant’s elimination — that viewers have a week to process.

“There was a kind of cathartic ending when you do a weekly series,” Bratich said. “When streaming services set up an entire series at once, a whole season at once, what is going to make someone immediately move into the next episode?”

He said streamers will need to adjust the format, ending on cliffhangers or with even more dramatic teasers.

Sometimes these shows are popular because they are live and viewers get to vote in support of their favorites.

“If being live … makes a big difference, then I don’t think streamers are well-served by the show,” Nadler said.

But so far, this hasn’t stopped Netflix from diving into the world of reality competition shows. It’s currently home to tons of them, including PBS’ popular “The Great British Baking Show,” where amateur bakers face off, and Game Show Network’s “Skin Wars,” where body painters test their skills.