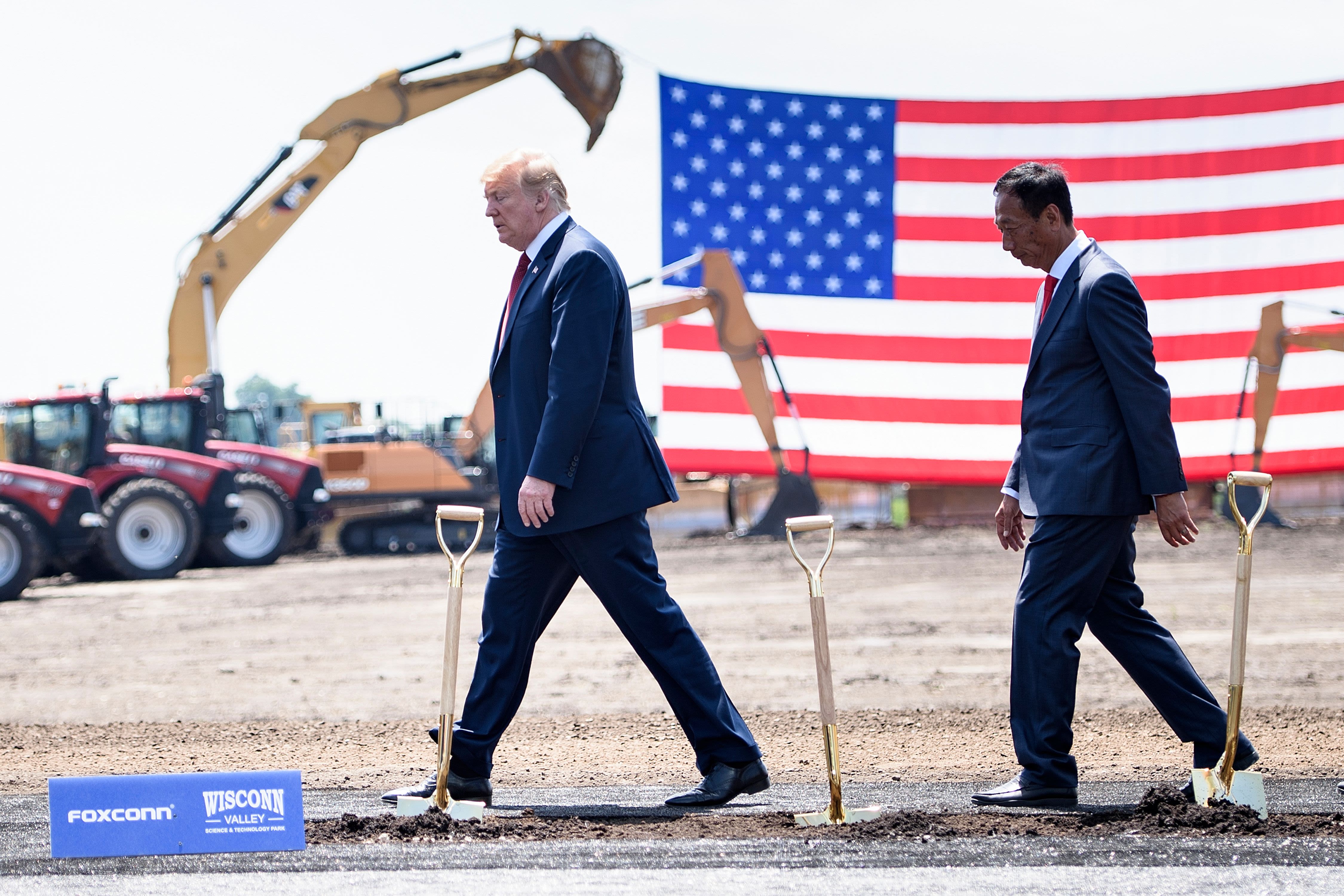 Foxconn said this week that it planned to make servers, networking products and automotive central controls at its factory in Wisconsin, according to a report in Nikkei.

The plant, which is not operational yet, was originally focused on next-generation LCD displays for televisions and other similar products.

The announcement, which was made at Foxconn’s first-ever investor day, underscores the controversy at the $10 billion Wisconsin plant, which is heavily subsidized by government programs in exchange for creating 13,000 jobs. Some Wisconsin residents believe that the state is paying too much for Foxconn’s factory.

The announcement also shows how one of the world’s top electronics manufacturers, which assembles products for Apple, Sony and other top technology companies, is dealing with the possibility of increasing tariffs that would make goods imported from China significantly more expensive.

A Foxconn official previously told CNBC in an interview last month that the Wisconsin plant will make a “variety of products for multiple vertical industries.”

“It’s not limited to one product, so we will do commercial TVs up to 65 inches,” Jay Lee, the vice chairman of the board of directors of Foxconn Industrial Internet, said in an interview last month.

“The multiple liquid crystal display sizes that we can produce are applicable in a variety of industries from automotive to education to entertainment to health care to medicine to security in smart city applications,” he continued.

At Foxconn’s investor day, the company also said that it had enough production capacity outside of China to help Apple if the U.S.-China trade war were to affect the iPhone, according to Nikkei.

Delta CEO urges UTC to ‘stay focused’ after Raytheon deal announcement
Coalition getting CEOs to commit to diversity in the boardroom
To Top
error: Content is protected !!
Top