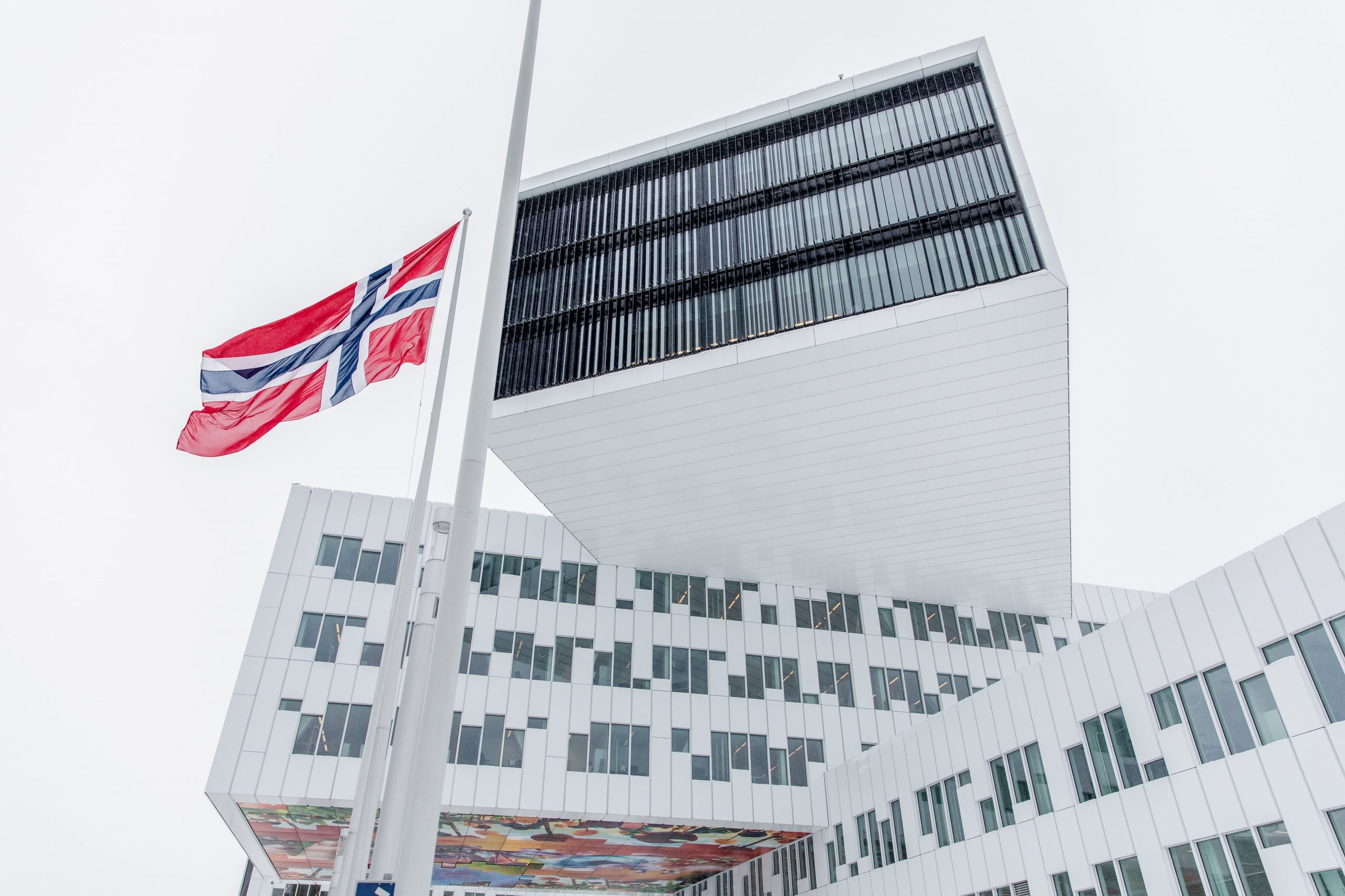 Offices of the Norwegian energy major Equinor photographed in February 2019. Equinor, alongside SSE, is part of a 50:50 joint venture to develop the Dogger Bank Wind Farm.Bloomberg | Bloomberg | Getty ImagesA major offshore wind farm, set to be the largest on the planet, took another leap forward Thursday with SSE Renewables and Equinor announcing the completion of a deal to finance the project.Once completed, the Dogger Bank Wind Farm in Britain — a 50:50 joint venture between the two firms — will have a total capacity of 3.6 gigawatts (GW).The first two phases, Dogger Bank A and Dogger Bank B, will be built simultaneously, with each having a capacity of 1.2 GW.The third phase of the project, Dogger Bank C, is being developed to a different schedule, with a financial close expected toward the end of 2021.In a statement, SSE said funding for the first two phases of the project represented “the largest ever offshore wind project financing anywhere in the world.” Investment for Dogger Bank A and B will amount to approximately £6 billion (around $8 billion), it added.According to the website of the Dogger Bank project, which will be located in waters off the northeast coast of England, the final group of lenders is made up of 29 banks and three export credit agencies. SSE Renewables is heading up construction of the facility, while its operations are to be led by Equinor.The scale of the overall scheme, which is due to be finished in 2026, is considerable. Equinor and SSE have both described it as the “world’s biggest offshore wind farm.”Phases A and B will use GE’s 13 megawatt Haliade-X turbine, while the wind farm as a whole will have the ability to power as many as 4.5 million homes in the U.K. annually. Onshore construction works for the project started earlier this year.Pål Eitrheim, Equinor’s executive vice president for New Energy Solutions, described reaching financial close for the first two phases as “a major milestone.”SSE’s Chief Executive, Alistair Philips-Davies, said the investment would “help drive a green recovery from coronavirus through the project’s construction over the next five years, creating jobs and boosting the local economy.” Last month, U.K. Prime Minister Boris Johnson said he wanted the country to become the “world leader in low-cost clean power generation.”Speaking at the Conservative Party annual conference, which was delivered virtually, Johnson stressed the importance of renewable energy sources, especially offshore wind.”We believe that in 10 years’ time, offshore wind will be powering every home in the country, with our target rising from 30 gigawatts to 40 gigawatts,” he said.”You heard me right: your kettle, your washing machine, your cooker, your heating, your plug-in electric vehicle, the whole lot of them, will get their juice cleanly and without guilt from the breezes that blow around these islands,” he added.The pledge to increase offshore wind capacity was included in the Conservative Party’s manifesto for the 2019 general election.