5 things to know before the stock market opens September 13, 2019 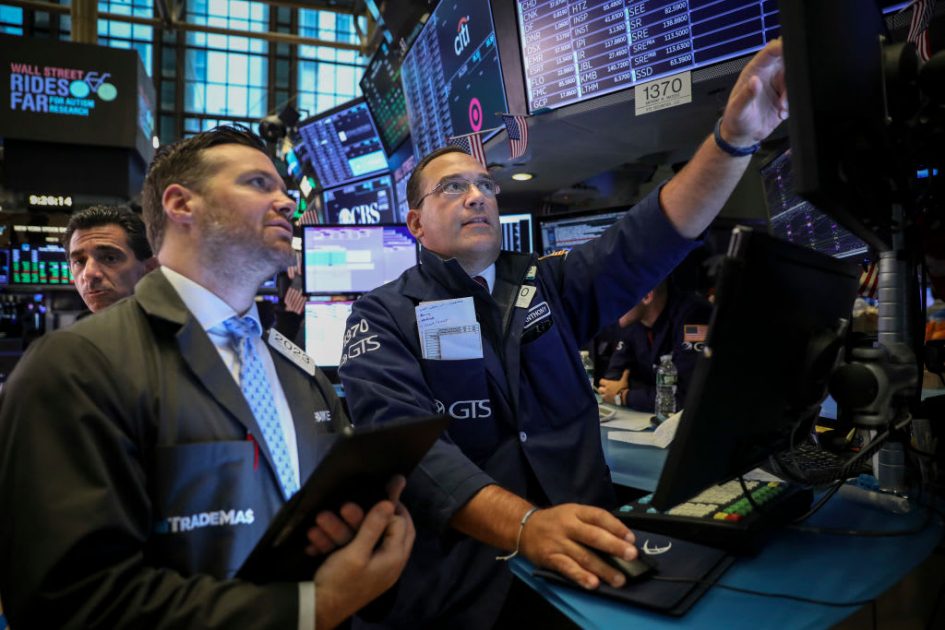 1. Dow to open near its July record highsTraders and financial professionals work on the floor of the New York Stock Exchange (NYSE) at the opening bell on August 19, 2019 in New York City.Drew Angerer | Getty ImagesU.S. stock futures were pointing to about a 100-point advance for the Dow Jones Industrial Average at Friday’s open on Wall Street. After seven straight positive sessions, the Dow as of Thursday’s close was less than 0.7% or about 177 points away from its July closing record high. Ahead of Friday trading, the S&P 500 was about 0.5% away from its July all-time record close. However, the Nasdaq has more ground to make up, still around 1.6% off its July record close.Friday’s August retail sales report is the last big economic report before the Federal Reserve begins its two-day meeting Tuesday and Wednesday, at which central bankers are expected to cut interest rates. August’s retail sales could be muddied by the negative payback from Amazon Prime Day promotions that sent July sales sharply higher.2. Trump says he’d consider an interim China trade dealPresident Donald Trump answers questions from the news media in the Oval Office of the White House in Washington, September 11, 2019.Leah Millis | ReutersPresident Donald Trump suggested he would consider an interim trade deal with China, even though he would rather a full agreement to end the yearlong trade war between the two countries. Following Trump’s delay of planned tariff rate increases on $250 billion in Chinese goods, Beijing said it plans to exclude American farm goods, including soybeans, from tariffs, in the latest move to ease tensions before high-level trade talks restart next month.3. President started talking about middle class tax cutTrump revealed that the White House has a new tax cut in the works for middle class Americans. “It will be a very, very substantial tax cut for middle-income folks, who work so hard,” the president said at GOP retreat in Baltimore on Thursday night. Trump said it would be announced “sometime in the next year.” Talk of new tax cuts comes as the government’s budget deficit for fiscal 2019 swelled past the $1 trillion mark in August. That’s the first time that level has been eclipsed in seven years.4. CFOs think Trump will be reelected as Democrats debateDemocratic presidential hopefuls (L-R) Senator of New Jersey Cory Booker, Mayor of South Bend, Indiana, Pete Buttigieg, Senator of Vermont Bernie Sanders, Former Vice President Joe Biden, Senator of Massachusetts Elizabeth Warren and Senator of California Kamala Harris arrive onstage for the third Democratic primary debate of the 2020 presidential campaign season hosted by ABC News in partnership with Univision at Texas Southern University in Houston, Texas on September 12, 2019.Frederic J. Brown | AFP | Getty ImagesMore than two-thirds of North American chief financial officers surveyed by CNBC said that Trump will win the 2020 election, while a quarter thought former Vice President Joe Biden would win. Thurday night, Biden and nine other Democratic presidential hopefuls were in Texas for their latest primary debate. The candidates, including Sens. Elizabeth Warren and Bernie Sanders, went after the president on trade. The pile on shows a field more comfortable with picking apart Trump’s economic conflict with the world’s second largest economy than they were even a few months ago.5. Goldman Sachs cuts its price target on AppleTim Cook, chief executive officer of Apple Inc., smiles while speaking about Apple TV+ during an event at the Steve Jobs Theater in Cupertino, California, U.S., on Tuesday, Sept. 10, 2019.David Paul Morris | Bloomberg | Getty Images Goldman Sachs significantly cut its price target for Apple stock, predicting 26% downside from Thursday’s $223 close. Goldman cites a “material negative impact” on earnings for the accounting method the iPhone maker will use for an Apple TV+ trial. Goldman, which reduced its 12-month price target on Apple to $165 from $187, wrote in a note, “Effectively, Apple’s method of accounting moves revenue from hardware to Services”

— Associated Press contributed to this report.