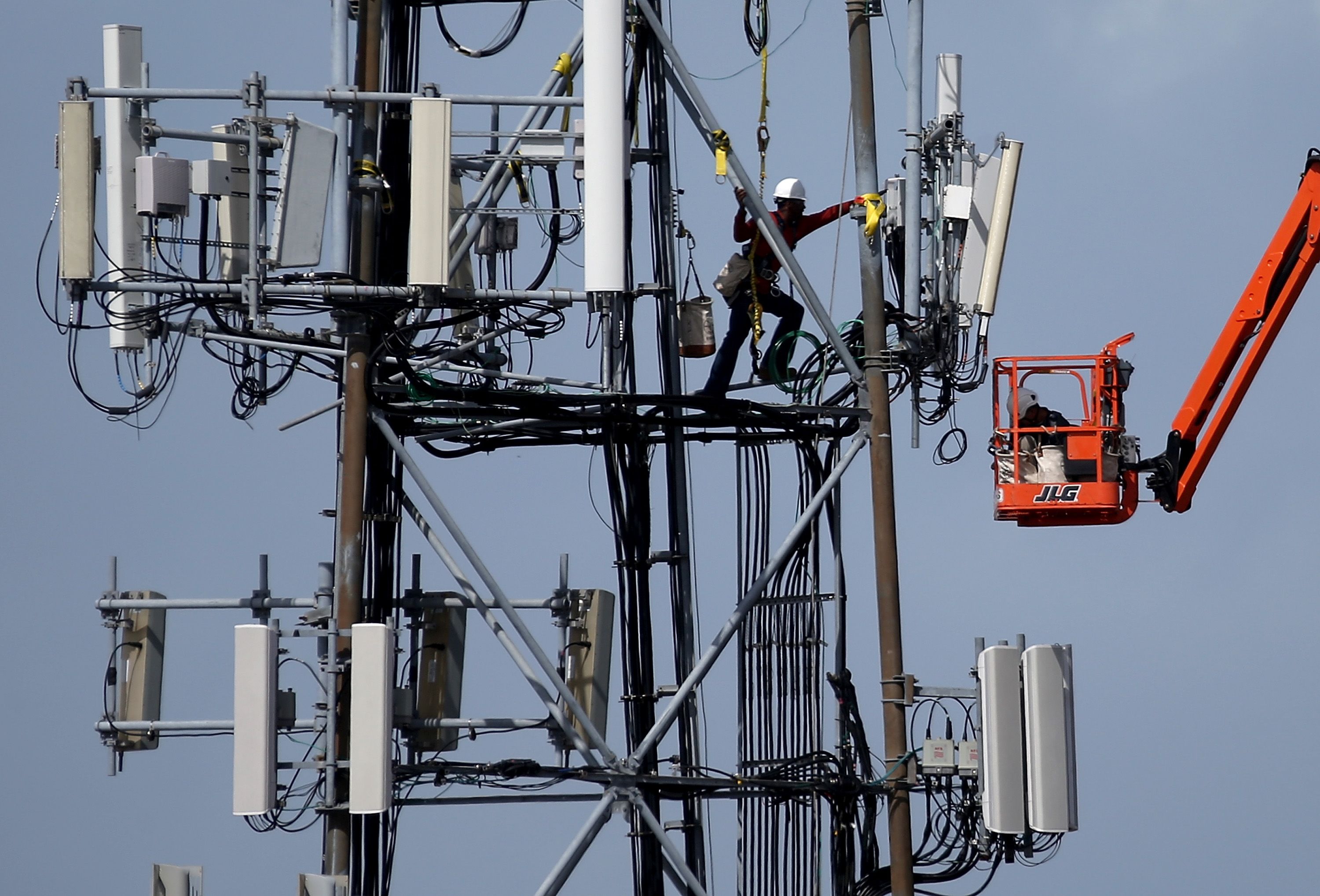 As the broader market labors through a tough trading stint, the cell phone tower sector has been one of a few that have soared.

The impending rollout of the next generation of cellular network technology has been a catalyst for the group and has made tower real estate more valuable, CNBC’s Jim Cramer said Thursday.

“When you see a group rally on an ugly day, wow, you might want to check … what’s driving the strength,” the “Mad Money” host said. “The cell tower stocks are in raging bull market mode, with the coming build-out of 5G giving them an extra catalyst.”

Semiconductor companies have been buoyed as 5G suppliers, but the industry has taken a hit from a U.S.-China trade war. Tower companies, such as American Tower, Crown Castle and SBA Communications, have minor exposure to China and continue riding the decades-long tailwinds in wireless technology, Cramer said.

“The 5G buildout requires an enormous amount of investment, and that’s good news for the cell tower plays,” he said.

Each business can lever multiple competitors in the phone industry on one piece of real estate, including AT&T, Verizon, Sprint and T-Mobile. 5G has become a national priority across the globe in the wake of the trade war and President Donald Trump’s action against Chinese telecommunication companies ZTE and Huawei, Cramer said.

The cell tower companies “invest in the infrastructure that powers our wireless networks, then they charge carriers a fee to use that infrastructure,” he said. “Once you build a tower, you can just add another antenna to it when you pick up a new client, so the margins are terrific.”

Cramer reviewed his favorite stock plays in the industry:

American Tower has 41,000 properties in the U.S. and 130,000 globally, making it the largest independent owner of wireless real estate. The majority of its revenue comes from outside the U.S. as well, Cramer said.

The firm posted a strong quarter earlier this month and yields just 1.8%, because “the stock price keeps rising faster than they can keep up,” he said.

American Tower’s one challenge, he noted, is in India, where the company sees 20% of its sales. India is experiencing carrier consolidation, which American Tower CFO Thomas Bartlett said impacted expectations for 2019.

“Other than that, this is a steady-eddie cell tower play absolutely worth owning,” he said. “That said, with the stock less than $1 away from its highs … you might want to wait for a pullback before you pull the trigger.”

Crown Castle has no international exposure and has trailed American Tower on the market, “but this year it’s beginning to break out, and now it’s my favorite in the space,” Cramer said.

The company has historically produced small cell towers that fit on lampposts. These offer less coverage than high towers, but they act as a last leg in wireless connections to boost signal strength, he said.

“Put it all together, and you’ve got a stock that was practically tailor-made for this moment,” Cramer said. “Plus, Crown Castle has a bountiful 3.5% yield, which is nothing to sneeze at.”

The smallest of the three brands, SBA Communications gets 80% of its business domestically.

Cramer said it’s his least favorite of the group, because it plays in the shadows of American Tower and Crown Castle, while sporting the worst balance sheet of the three. Although SBA reported a great quarter in late April, Cramer was perplexed that management did not mention 5G in the company’s conference call presentation.

“When the analysts tried to ask them what 5G meant for their future, these guys seemed oddly eager to change the subject,” he said. “It’s a nice, simple growth story driven by the ever rising need for more bandwidth. But if you want a 5G play, I think you’re better off with American Tower or new-fave Crown Castle.”

Why Chipotle’s downgrade is misguided
Investors’ hope for trade deal stops the market from bottoming
To Top
error: Content is protected !!
Top