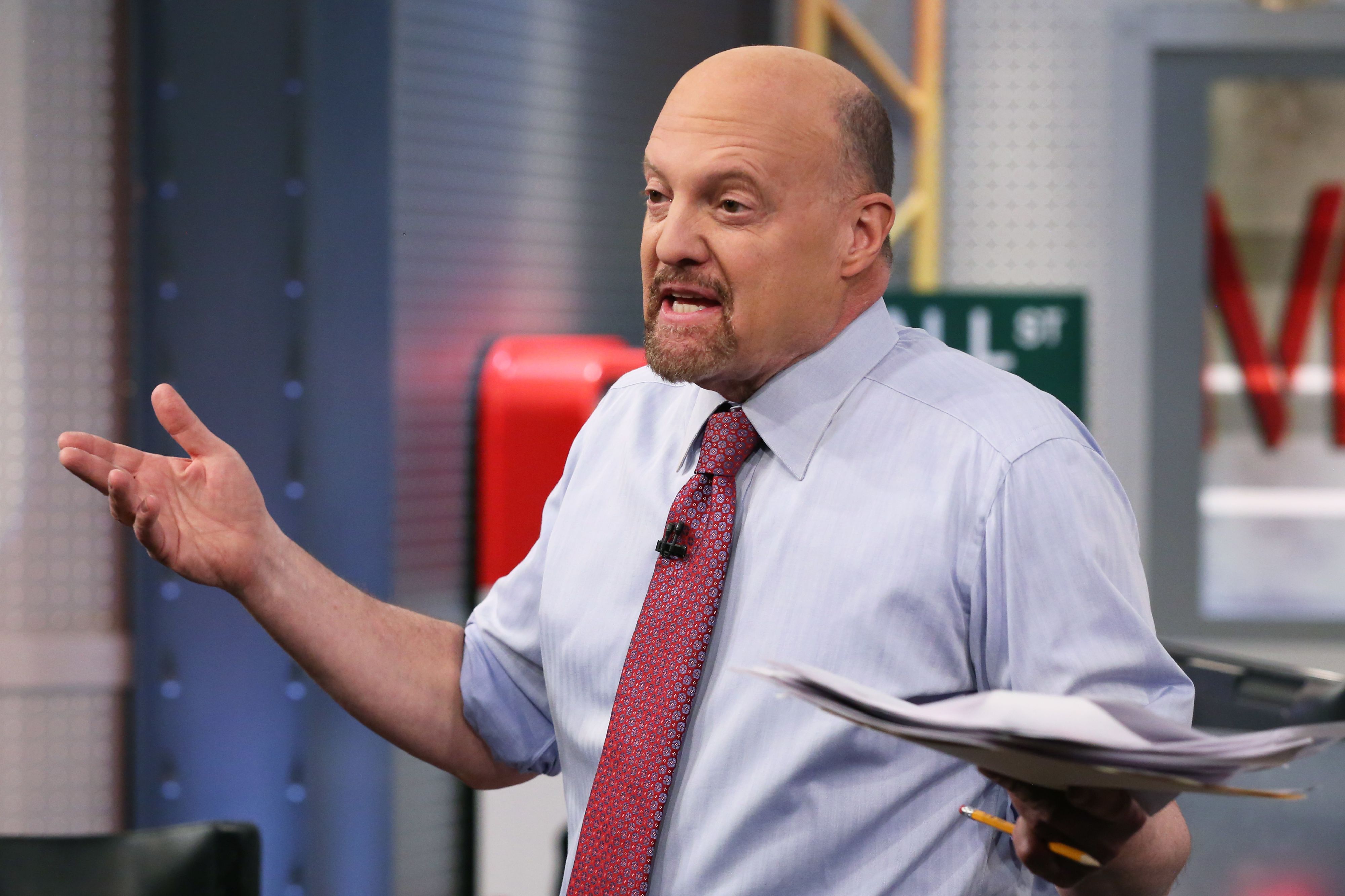 Earlier in the day, BMO Capital Markets downgraded the restaurant chain from “market perform” to “underperform” because of the African swine fever that has caused pork prices to rise.

“It has the greatest pork exposure in our coverage (estimated at 10%), and our work suggests that CMG realizes commodity inflation with little to no lag,” analyst Andrew Strelzik said in the note.

But the stock market is going through a “sloppy” spell, and conclusions are being put forward practically out of desperation, Cramer said.

“This is the kind of analysis that’s born of fear and smacks of a market that’s getting ready to bottom,” he said.

Chipotle CFO Jack Hartung says the company’s exposure is less than 2%, Cramer said. The company buys more expensive pork than commodity pork and does not expect any meaningful impact, he added.

“I’m the first person to correct this, people, and it’s one of the few real bargains, therefore, that I see,” Cramer said.

US President Donald Trump announces a new immigration proposal, in the Rose Garden of the White House in Washington, DC on May 16, 2019.

Cramer said that Chinese and American leaders have little incentive to make a trade deal, and that Wall Street is adjusting to its new normal.

Traders are realizing that there will be no good news on U.S.-China trade relations in the near future, and the negative news is beginning to bake into the cake, he said.

That explains Thursday’s market declines: The Dow Jones Industrial Average shed more than 286 points, the S&P 500 shaved off 1.19% and the Nasdaq Composite fell 1.58%.

“Every time we get slammed as people give up on the trade talks with China, President [Donald] Trump keeps taking out key ingredients from the cake of negativity, ” he said. “Eventually all the ingredients will stay in and the bearish cake will get baked, but until that happens, this market could keep being very precarious.”

Leave hope out of it

There is too much hope and not enough conviction in this “plain awful” market, Cramer said.

As stocks continue to sell off in an uncertain environment, investors are waiting to see the market bottom and spark a rally. It just hasn’t happened yet, because investors are hoping that President Donald Trump will relent on trade, that the Chinese will capitulate, that the economy will shrug off the trade war, and that the Fed will cut rates, he said.

“If you buy right now on anything other than a slammed, super-growth stock down on a general market pullback, well you’re banking on hope, and hope should never be a part of the equation,” the host said.

A worker climbs on a cellular communication tower in Oakland, California.

As the broader market labors through a tough trading stint, the cell phone tower sector has been one of a few that have soared.

The impending rollout of the next generation of cellular network technology has been a catalyst for the group and has made tower real estate more valuable, Cramer said.

“When you see a group rally on an ugly day, wow, you might want to check … what’s driving the strength,” the host said. “The cell tower stocks are in raging bull market mode, with the coming build-out of 5G giving them an extra catalyst.”

Semiconductor companies have been buoyed as 5G suppliers, but the industry has taken a hit from a U.S.-China trade war. Tower companies, such as American Tower, Crown Castle and SBA Communications, have minor exposure to China and continue riding the decades-long tailwinds in wireless technology, Cramer said.

The Mallinckrodt Pharmaceuticals sign at the company’s offices in St. Louis.

Mallinckrodt, the generic drug manufacturer, earlier this week sued the U.S. Department of Health and Human Services and said it expects to see a 10% annual sales cut from its multiple sclerosis treatment. The lawsuit seeks to address how the agency’s Centers for Medicare and Medicaid Services division changed the way it calculates Medicaid discounts for the company’s Acthar gel.

The stock price tumbled 34% on the news and is down more than 42% this year.

“Right now, Mallinckrodt trades at just 1-times earnings. If they somehow win this lawsuit against the government, well you know what it’s gonna roar higher,” Cramer said. “But I don’t know. I think Mallinckrodt may not be worth speculating on.”

The company is taking on the long, arduous process of getting federal approval for drugs to enter larger markets, he said.

While its peers chase $200 million markets, TG Therapeutics wants to take up to 30% of the $10 billion markets in multiple sclerosis and chronic lymphocytic leukemia, Weiss said.

“We’re going after something that’s much bigger,” he said.

Cramer’s lightning round: This CEO tells a good story, but sell the stock

Cypress Semiconductors: “I wish it were down a little bit lower, but you know we had [CEO Hassane] El-Khoury on recently, and I think he tells a very, very good story. But that — semiconductors, you know how people feel.” It’s a sell.

United Technologies: “Here’s the key term: It’s long term. Because right now I feel that every time we get negative news on China like we did today [people sell]. But this is [CEO] Greg Hayes. He’s bringing out value. The value’s gonna come by year end. I think the stock at $130 has $10 down[side] and $30 up[side]. I like that, but at $120 people will say, ‘You idiot. You put me in this stock, it went down $10.’ So it probably goes down $10 first.”