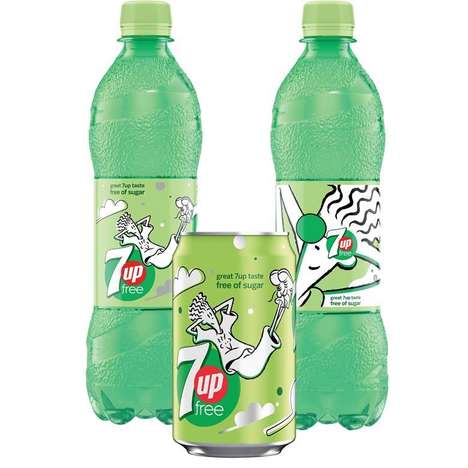 The 7UP Free Packaging Includes the Iconic Fido Dido Character

The 7UP Free packaging has been unveiled as a limited-edition design that harkens back to the 90s to introduce the history of the brand to a new generation of consumers. Featuring the Fido Dido character, the packaging positions the iconic cartoon in several laid-back positions up in the clouds to convey a sense of carefree youth. The packaging comes as part of the brand’s new Feels Good to Be Free campaign that coincides with the soda’s 90th anniversary that’s taking place this year.

Out-of-Home Commercial Director at Britvic Rachel Phillips commented on the new 7UP Free packaging saying, “The 7UP Free limited edition cans will be available as part of our hugely successful 2 for £1 PMP deal within the impulse channel, providing retailers with an additional sales opportunity. The launch of the limited edition packs also ties in perfectly with the brand’s 90th anniversary celebrations that get under way this month. 7UP – and in particular Fido Dido as a character – embodies a feeling of being free to be yourself and we are investing heavily in the campaign to raise awareness amongst shoppers.”