A Covid vaccine could mean a slowdown in growth for grocers that benefitted from shuttered restaurants, report says 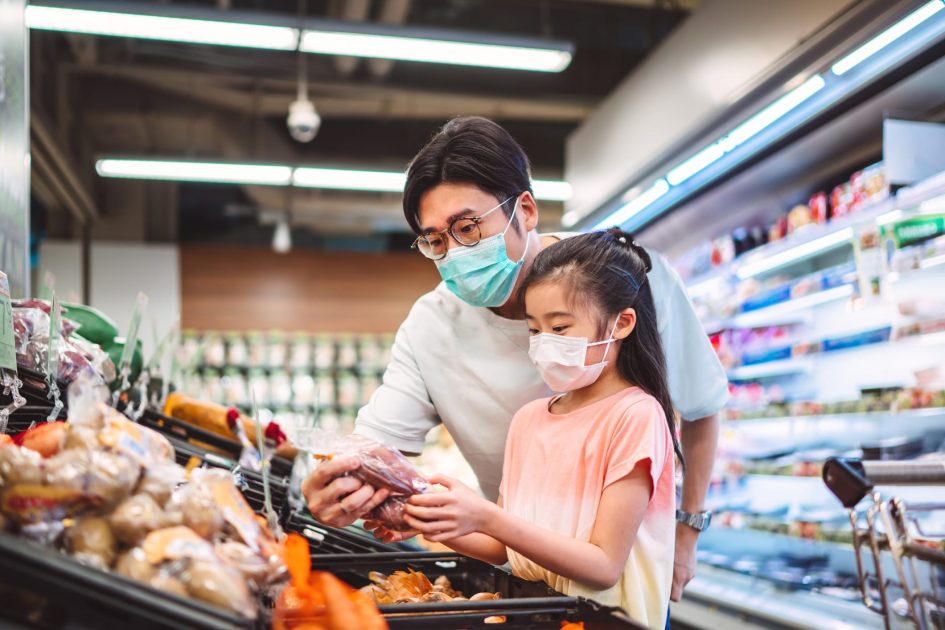 Grocers have won more of Americans’ stomachs and wallets as people cook meals at home during the coronavirus pandemic.Yet those gains could evaporate quickly in the year ahead, unless grocers refresh their approach and create lasting customer loyalty, according to a Bain & Co. report released Monday.U.S. grocery sector revenue has risen by as much as 10% year over year in 2020, according to the consulting firm. That rate may shrink to 2% to 5% next year — or could even drop by as much as 7 percentage points if a Covid-19 vaccine is widely available and diners return to restaurants in early 2021.Pharmaceutical companies are racing to develop a vaccine for the virus, which has killed more than 1.2 million people worldwide, according to Johns Hopkins University data. On Monday, Pfizer and BioNTech announced the results of a late-state trial that showed their vaccine was more than 90% effective in preventing Covid-19. From 2019 to 2030, grocery profits overall will increase from just over $34 billion to $39 billion, unless grocers take action, Bain said. That’s a compound annual growth rate of 1.2%”There’s been a cash windfall because of the shift in demand into the grocery channel and retail,” said Steve Caine, a retail expert at Bain and one of the report’s authors. “But it’s given us a glimpse into the future, and no one was prepared.”Caine said if grocers don’t fend off future threats, they’ll see consumers spend more of their money at restaurants like Panera and Chipotle, rely on third-party delivery services like Instacart and Uber Eats and shop at discounters like Aldi.That drop could also scare off investors. From 2014 to 2019, total shareholder return from publicly traded grocers was 7.7% — less than the retail average of 11.1%, according to Bain.Grocers across the industry have reported sales growth in stores and online during the pandemic. Sales at Kroger, the country’s largest supermarket operator, grew year over year by nearly 15% in the second quarter ended Aug. 15, excluding fuel. Its digital sales during that period grew 127%.At Walmart, the country’s largest retailer, U.S. same-store sales grew by 9.3% in the second quarter — fueled by food and general merchandise. And at Target, food and beverage sales rose by about 20% in the second quarter.Caine said grocers’ expenses have risen, too, as they have hired more staff, given special bonuses to workers and had to cover costs from sanitizing stores to shipping online orders. Even so, he said, grocers — which operate with notoriously low margins — have a rare opportunity to invest and innovate.He pointed to creative strategies that could help grocers better compete. Some have partnered with local restaurants to add popular entrees or side dishes to store coolers as a lower-price alternative to takeout. Others have improved curbside pickup or home delivery of online grocery orders to lure consumers away from third-party delivery services like Instacart. And some have added meal kits similar to those sold by Blue Apron or Hello Fresh.He said grocers can beat delivery services at their own game if they come up with cost-effective ways to operate — minus upcharges and fees that shoppers usually pay third parties.”If they [grocers] take advantage of this moment, you can retrain some customers to shift more of their share of wallet to you,” he said.