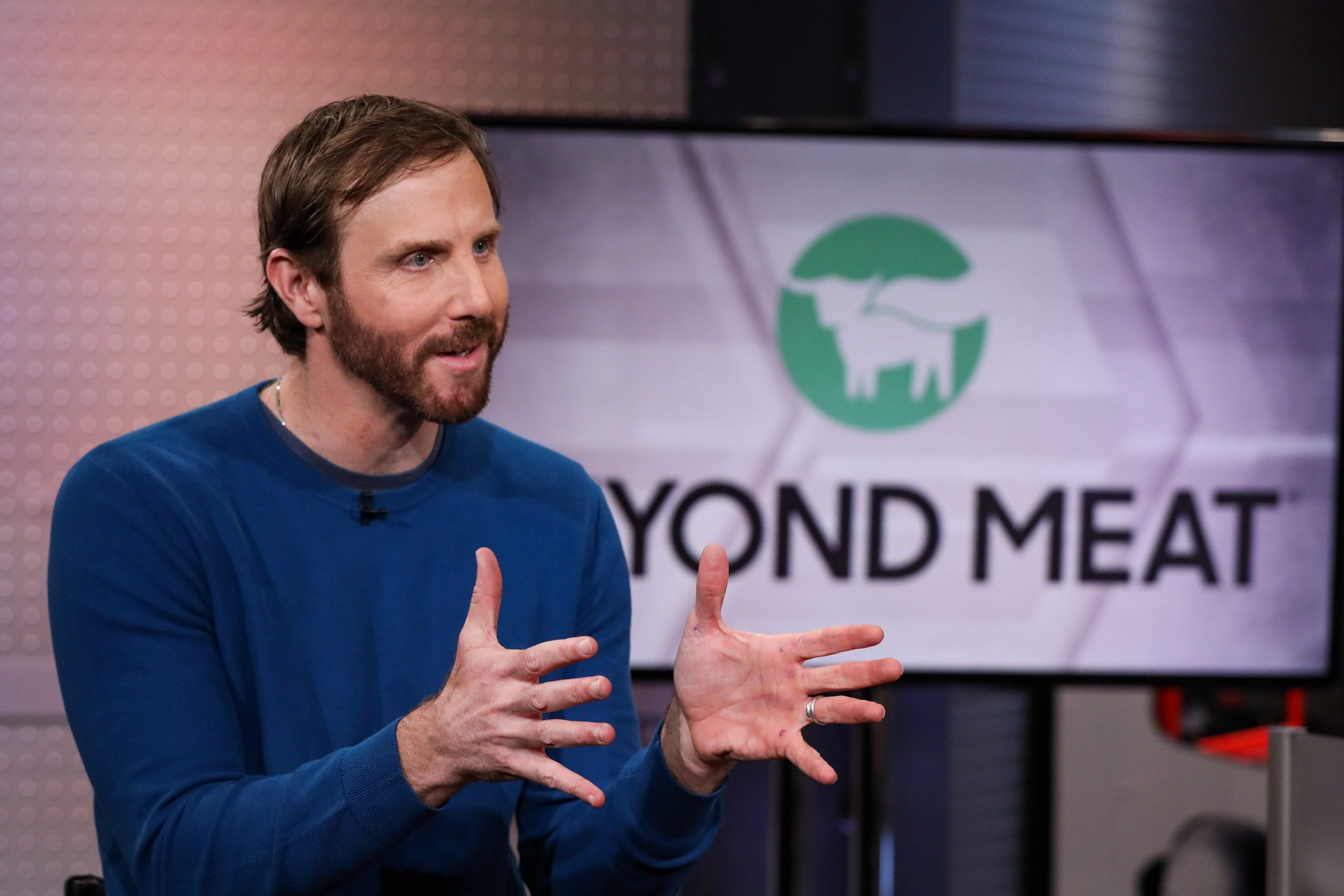 Ethan Brown, founder, president and CEO of Beyond Meat.Adam Jeffery | CNBCShares of Beyond Meat cratered as much as 28% Monday in after-hours trading following the release of disappointing third-quarter results, capping off a frenzied day of trading for the volatile stock.McDonald’s announcement of a plant-based line called “McPlant” sparked confusion among investors about whether Beyond would be a supplier for the largest U.S. restaurant chain by sales. The company made the meatless burger patty for a McDonald’s test in Ontario.The fast-food giant declined to provide CNBC with any details on its suppliers for the forthcoming products.”We have a relationship with Beyond Meat, where they supported us in our Canadian test market,” McDonald’s CEO Chris Kempczinski told CNBC’s Carl Quintanilla. “We haven’t made a decision yet about how we’re going to be and which suppliers are supporting our global rollout, so I don’t want to comment on that.”But a spokesperson for Beyond said in a statement to CNBC that the company co-created a meat-free patty with McDonald’s that will be available as part of McPlant.On Beyond’s earnings conference call Monday evening, J.P. Morgan analyst Ken Goldman told Beyond CEO Ethan Brown that he thought Brown was “spooking people a little bit” because he wasn’t giving investors any substantial details on what could be a major source of growth for Beyond.In a response to Goldman, Brown said that in his own observation, McDonald’s might have wanted to keep the spotlight on their investor day and announcing Beyond as a supplier could’ve disrupted that focus. He also said that he would wait to work with McDonald’s before making further comments on Beyond’s role within McPlant.”I will say this: Everything we said is true,” Brown said. Beyond has developed a “very long-term” relationship with McDonald’s, including creating the burger that will be a part of McPlant, he said, adding that it is up to the chain to decide the extent of the collaboration.

A Covid vaccine could mean a slowdown in growth for grocers that benefitted from shuttered restaurants, report says
Pizza Hut to launch Beyond Meat sausage topping in the U.S.
To Top
error: Content is protected !!
Top