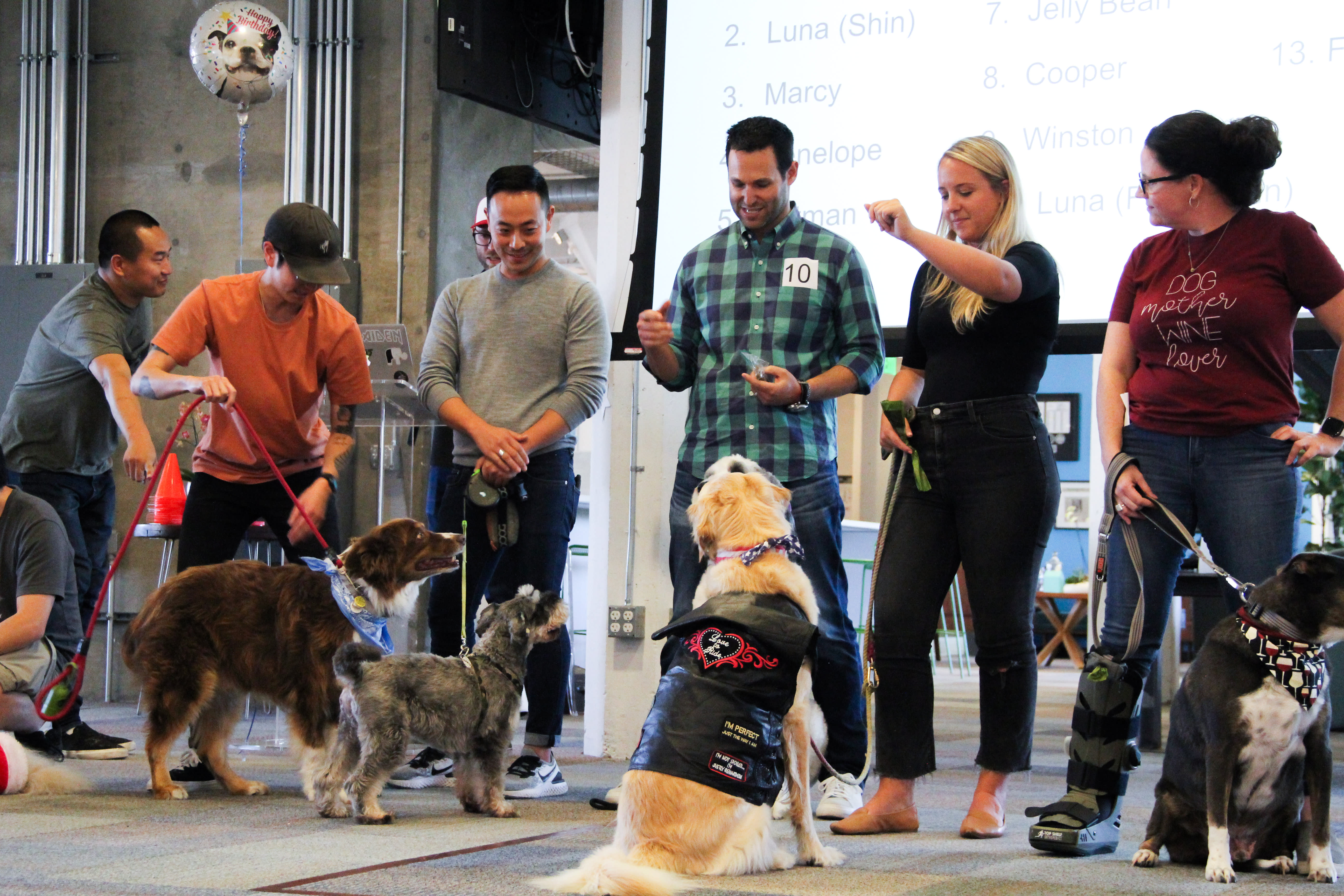 When AdRoll Group was looking for a new office in 2016, real estate director Lizzy Lear’s negotiation tactics were put to the test. The company had found the perfect spot in San Francisco’s Mission neighborhood, but there was just one problem.

“Originally, the landlord was saying we couldn’t have dogs on the property, and I knew that was a deal breaker for us,” Lear said. “But then my next thought was ‘O.K. How can we negotiate this?'”

After a couple of weeks, Lear worked out a deal to secure the location and allow for dogs. For her colleagues, that was a big deal, and that’s because every year AdRolls holds a dog show that has become the signature event among its employees.

As tech companies in Silicon Valley fight tooth and nail to lure and retain talent, many distinguish themselves by the uniqueness of their perks and company culture. For AdRoll, nothing better exemplifies its culture than its annual dog show.

“Dogs are a huge part of AdRoll’s culture,” said Hayley Sakae, a social media and events coordinator who joined the company in May. “I have never really worked at a place that has been this accepting to the point where we have an entire event around them.”

The San Francisco ad-tech company held its 6th annual edition of the dog show on Aug. 22. Fourteen AdRoll employees entered their dogs into the event, in which they must skim the canines around a ring in front of hundreds of their colleagues. The dogs are then allowed to perform tricks, such as give paw or play dead, in the center of the show floor.

The final challenge is the intelligence test, in which the dogs must uncover a treat hidden underneath a small orange cone. This year, only Frankie, a 7-year-old Australian Shepherd, was able to retrieve the treat when he kicked over the cone.

Frankie was named the champion of the 2019 AdRoll dog show, earning himself a small bronze trophy of a sweater-wearing bulldog. The trophy sits above Frankie’s bed at the AdRoll office.

“He was a natural and knocked it over right away, and then he walked off with the cone,” laughed Frankie’s owner Jesse Vaughan, AdRoll’s head of creative. “That was the point that sold it for a lot of people.”

Frankie, a 7-year-old Australian Shepherd, was the winner of AdRoll’s 2019 employee dog show.

On a daily basis, there are a handful of dogs at the AdRoll offices. Being able to bring in dogs is something that’s important to many employees, it’s a strength in candidate recruiting and it has allowed many AdRoll employees to own a dog for the first time, said Ali Biggs, AdRoll senior director of brand and corporate marketing.

“The dog show is just this silly, over-the-top moment where we get to celebrate that part of the culture,” said Biggs, whose dog Lady won the show in 2018.

The idea for the dog show came in 2013 from Mike French, AdRoll’s senior workplace coordinator and the head of the company’s culture club. At the time, French was coming up with ideas for company events and many of the employees regularly brought their dogs to the office.

“I had the idea that it would be fun to showcase them all and have them come up and do a trick and treat it like the Westminster Dog Show,” said French, who remains the dog-show boss.

Since 2013, the event has changed in a number of ways. Over the years, non-dog owners have been allowed to submit photos of their animals for a pet show portion of the event. And in 2016, AdRoll added a digital voting component so that all employees could pick their favorite dog.

“It adds to the communal aspect of this company,” French said. “I don’t know another company that does a dog show.”

Now, as AdRoll expands into new locations, most notably a 100-employee space in Salt Lake City, Utah, Lear is back at it again negotiating so more of her colleagues can bring their dogs to work.

“Having a dog is representative of our values,” she said. “We want to make sure we can have that in all of our offices.”

Investors should pay attention to esports growth in the US
The 2019 Mercedes G550 SUV redefines the luxury, off-road experience
To Top
error: Content is protected !!
Top