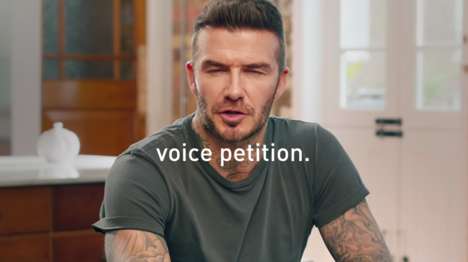 A new malaria campaign called Malaria Must Die is all about getting people to use their voices to create voice petitions rather than written ones. To draw attention to the campaign’s efforts in a creative way, Malaria Must Die enlisted the help of David Beckham and artificial intelligence technology.

To encourage people to sign a voice petition, Beckham is shown “speaking” nine different languages in a video. Thanks to deepfake technology, Beckham’s lips move in sync with the language that’s being spoken, although he does not really speak all of the languages depicted in the malaria campaign video.

To give viewers a behind-the-scenes look at how this short video was created, Malaria Must Die released a three-minute video that shows a glimpse into the making of the innovative, AI-powered campaign video.