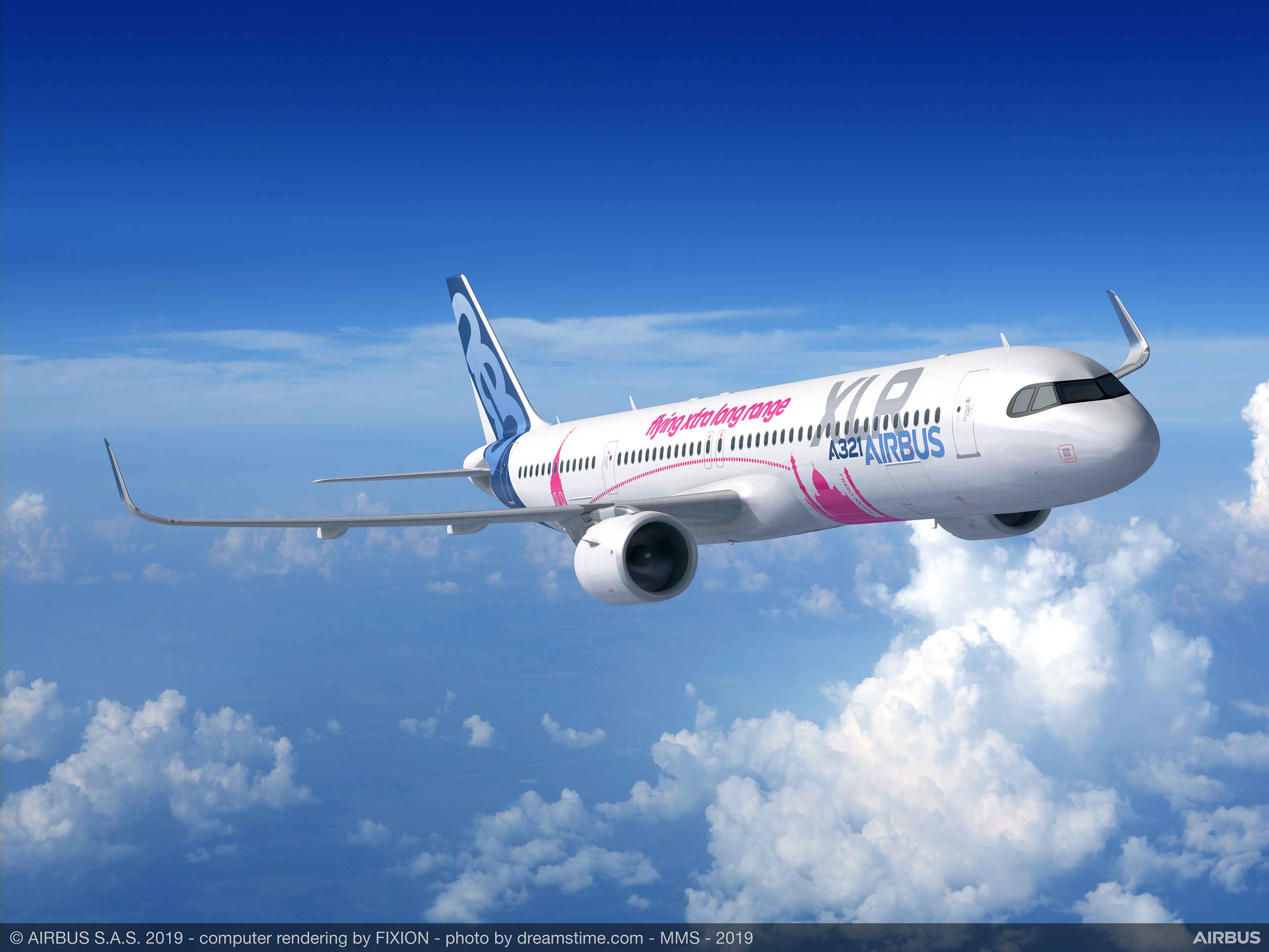 The Boeing 747 jumbo jet that started flying half a century ago opened up so many destinations that it became known as the plane that shrank the world. Now a rival manufacturer wants to shrink the planes.

Airbus on Monday announced plans to build an extended-range version of its single-aisle A321 jet, a bet on expanding what its line of leaner planes can do and that travelers and airlines will warm to flying a narrowbody aircraft on trips that could be longer than eight hours.

The new Airbus A321XLR, would have a range of up to 4,700 nautical miles that could let it link cities like New York and Rome or Tokyo and Sydney. Airbus plans to increase the range by 15% compared with its standard long-range A321, which JetBlue Airways in April said it would use for its first service to London in 2021.

The plane marks a shift for Airbus and commercial flight shifting toward smaller, nimbler aircraft. Airbus earlier this year announced it will end production of the A380, the world’s largest passenger plane, as demand for the 500-passenger plane faltered and airlines’ appetite for leaner aircraft rose.

Airbus’ announcement comes as its main competitor, Boeing, is hobbled by the crisis surrounding two fatal crashes of its 737 Max planes, aircraft that have been grounded worldwide since mid-March. Boeing has been mulling an all-new twin-aisle plane that would be smaller than its 787s but larger than its 737s.

Airbus argues that its plane could serve carriers who want to fill it with 180 to 220 passengers in two cabins, but don’t want to have the expense of operating a wide-body plane, which would have more seats to fill. The company expects the planes to be delivered in 2023.

“You can use a narrowbody, a single-aisle plane going long distances and you can connect cities that had no possibility of connections with a good business case,” Airbus CEO Guillaume Faury told CNBC in an interview on Monday following the announcement.

Faury said he wasn’t concerned that controversy over Boeing’s regulatory approval process for the 737 Max could bring more scrutiny of Airbus’ new plane.

“That might be good news,” he said. “That’s the way to raise the level of safety.”

The Airbus A321XLR could fit in the fleets of airlines with aging jets like the Boeing 757, another single-aisle plane that is used on both trans-Atlantic and trans-continental routes. Airlines have used single-aisle planes on medium-to-long haul routes before, including Norwegian Air Shuttle. Wow Air, a low-cost Icelandic airline that collapsed in March, used Airbus A321s.

It is unclear how airlines would outfit the single-aisle Airbus planes but Gary Leff, who writes the View from the Wing blog on air travel and rewards programs, said travelers may find more cramped accommodations than on widebody jets because of the weight restrictions on board.

Airlines sacrifice range when they add weight, so the luxurious, business-class suites could be hard to replicate on the narrowbody plane.

Carriers may also choose to add more seats on board compared with previous planes.

“When you have a fresh canvas to work with, it’s an opportunity for airlines to densify their cabins,” he said.