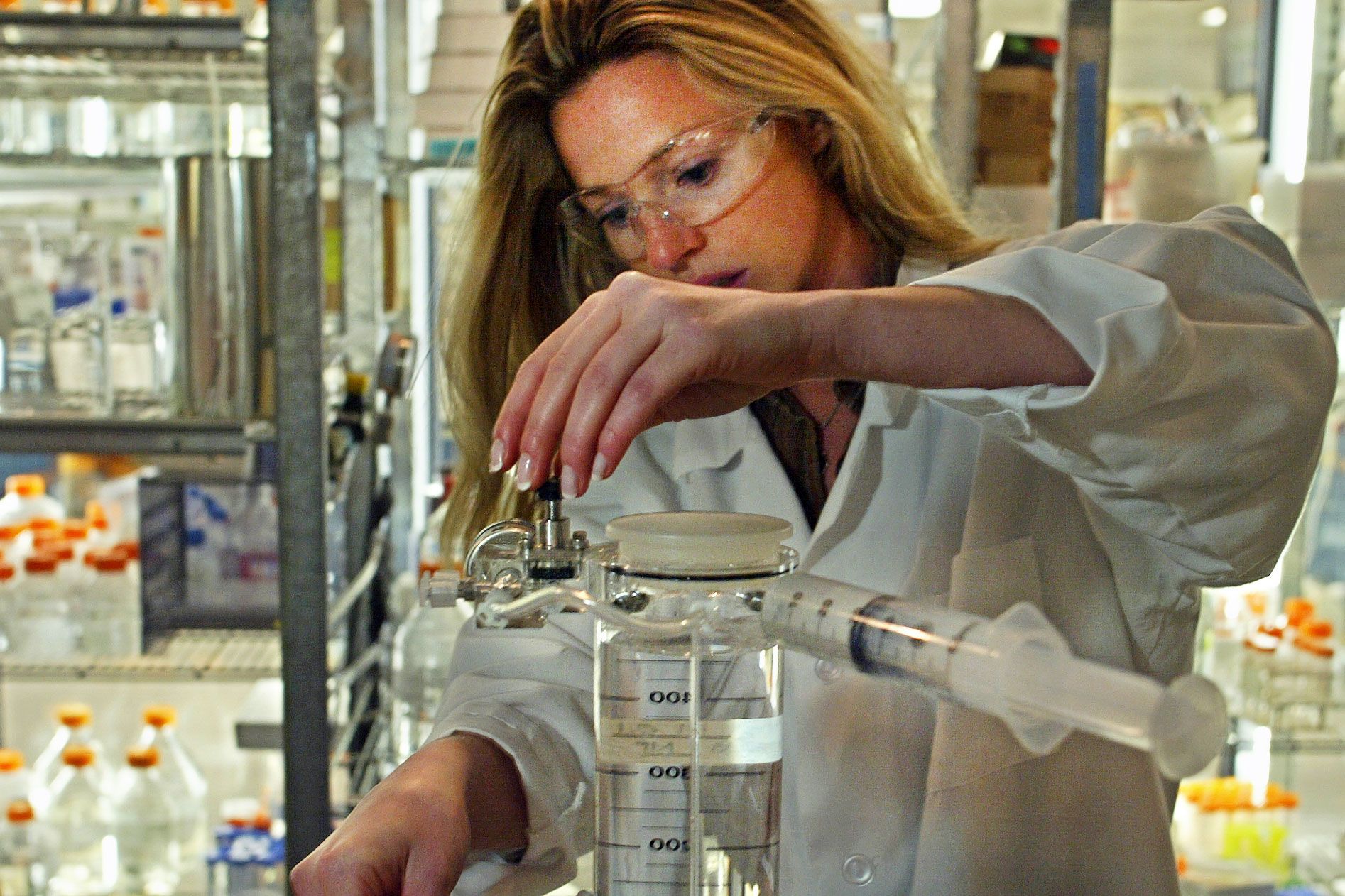 A research associate performs a buffer exchange for protein formulation at AMGEN, a drug research and development laboratory.

An experimental Amgen drug that targets a specific genetic mutation significantly reduced tumor size in half of evaluated patients with advanced lung cancer in a small, early-stage trial, researchers said on Monday.

Out of 10 heavily pre-treated lung cancer patients given the oral drug AMG510 daily, five had tumors shrink in size by at least 50%, including one with no evidence of the malignancy.

The disease was stabilized in another four patients, while the cancer progressed in one. Half of the evaluated patients had received the 960-milligram highest dose of AMG510 being tested in the dose-ranging study.

No serious side effects were reported in data presented in Chicago at the American Society of Clinical Oncology meeting.

Wall Street has taken a keen interest in the Amgen drug that could become the first approved medicine targeting a mutated form of a gene known as KRAS — one of the most common mutations found in non-small cell lung cancer (NSCLC).

NSCLC accounts for up to 85 percent of lung cancers, by far the leading cause of cancer death among men and women, according to the American Cancer Society.

Dr. Marwan Fakih, co-director of the gastrointestinal cancer program at City of Hope in Duarte, California, who led the study, noted the mild side effect profile compared with treatments like chemotherapy.

“Patients say they don’t know they are even taking anything,” he said in a phone interview.

The targeted mutation, KRASG12C, occurs in around 13% of NSCLC cases, as well as 3-5% of colorectal cancers and up to 2%of other solid tumor cancers, including pancreatic.

The trial also enrolled patients with colorectal cancer and cancer of the appendix.

Of 18 colorectal cancer patients evaluated by researchers, 13 achieved stable disease. Most were treated with the two lowest tested doses — 180mg and 360mg.

The 960mg dose is most likely to be used in future trials, Amgen said.

AMG510 is part of a growing trend of precision medicines that target gene mutations driving cancer regardless of which organ the disease originated.

“In principle, this drug has the potential to be effective in any patient with the KRAS mutation,” Elliott Levy, Amgen’s head of global development, said in an interview.

Other companies, such as Mirati Therapeutics Inc, are also developing drugs that target KRAS mutations, but Amgen’s could be first to market.

“We have a plan to advance the drug rapidly through what would potentially be registrational studies,” Levy said.

The U.S. Food and Drug Administration has granted orphan status to AMG510 for KRASG12C-positive NSCLC and colorectal cancers. The designation brings a longer exclusivity period.