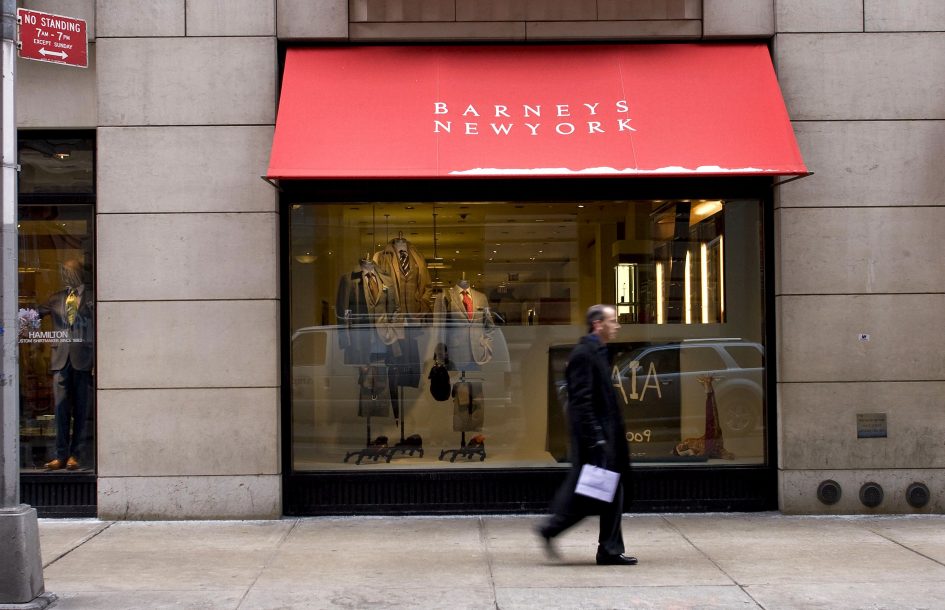 A pedestrian walks past a window display at Barneys New York department store in New York, U.S., on Thursday, Jan. 22, 2009.

Barneys New York is raising financing for a bankruptcy filing that could come as soon as next week, people familiar with the situation told CNBC.

The company has been looking for a path to avoid bankruptcy to help cope with a liquidity crunch spurred by a rent hike at its Manhattan flagship, CNBC previously reported.

Options beyond filing for bankruptcy, though, have grown increasingly slim, the people said. Talks with one potential financing source fell apart Wednesday, one of the people said.

As a result, it has begun to raise debtor-in-possession financing to help support its business through bankruptcy. The exact size of the DIP financing is still yet to be determined.

The people, who requested anonymity because the information is confidential, cautioned that nothing is yet certain. Barneys is still exploring multiple paths, including those that would help it avoid bankruptcy.

A spokesperson for Barneys told CNBC, “We continue to work closely with all of our business partners to achieve the goals we’ve set together and maximize value. To that end, our Board and management are actively evaluating opportunities to strengthen our balance sheet and ensure the sustainable, long-term growth and success of our business.”

Barneys is just one of many department stores, including Nordstrom, Hudson’s Bay Company, J.C. Penney and Macy’s, that is struggling as shoppers now buy apparel online or from brands directly. Luxury retail, meantime, while previously immune to online shopping trends is seeing increased competition from new rivals like Net-a-Porter.

The retailer is facing extra pressure from the real estate costs associated with its more than 10 namesake stores in New York, California, Chicago, Massachusetts, Las Vegas, Seattle and Pennsylvania.

Rent at Barneys’ flagship on Madison Avenue, owned by Ashkenazy Acquisition, jumped from roughly $16 million to approximately $30 million in January, nearly wiping out its earnings before interest, taxes, depreciation and amortization.

Barneys, which has roughly $850 million in sales, extended the term of its credit line by $50 million in April, in hopes of a lifeline. Still, the credit agreement with existing lender Wells Fargo and new lender, TPG Sixth Street Partners, has not been enough to siphon the losses.