Beyond Meat’s vegan burger is heading to HelloFresh meal kits 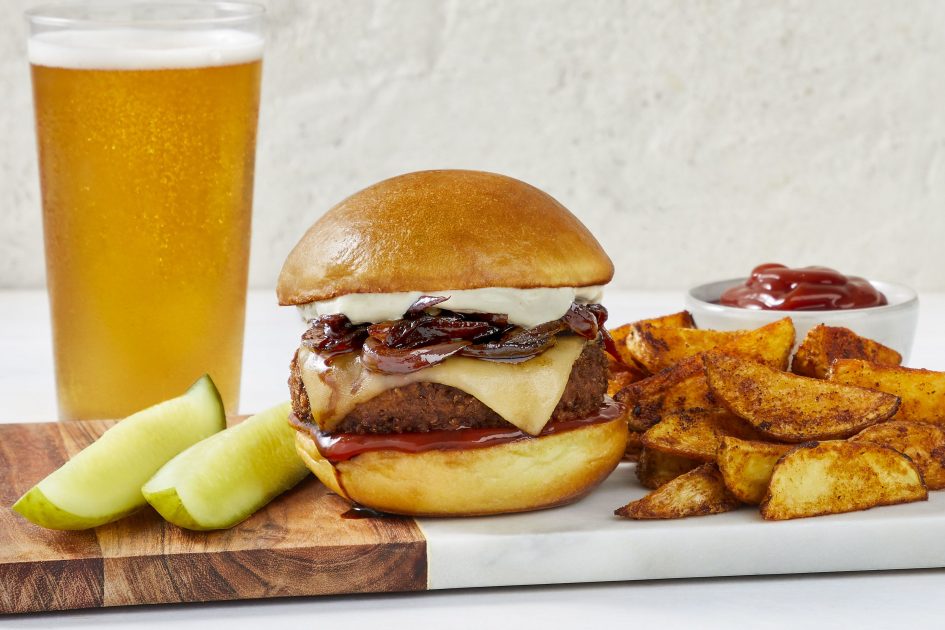 Beyond Meat has landed yet another partnership.

HelloFresh will start offering the Beyond Burger in its U.S. meal kits the week of Sept. 14. The vegan burger has been on the Berlin-based company’s menus in Canada since July.

Its U.S.-based competitor Blue Apron announced last month its own partnership with Beyond Meat, sending its shares surging. In June, Blue Apron completed a reverse stock split in order to keep its stock price above $1 and avoid being delisted on the New York Stock Exchange.

While Blue Apron has struggled to cope with disloyal subscribers and competition from newer meal kit companies, HelloFresh on Tuesday reported its first profitable quarter since going public on the Frankfurt Stock Exchange in 2017. Its international business has been profitable for the last two years.

HelloFresh CEO and co-founder Dominik Richter chalks the company’s success up to its understanding of its customers, including the latest trends grabbing their attention. That includes the meatless meat trend, led by Beyond and its rival Impossible Foods.

“We know that the appetite for vegetarian or vegan alternatives to meat is definitely a trend that we can pick up in customer sentiment across HelloFresh,” Richter said in an interview.

Flexitarians — people who are looking to reduce their meat intake — are driving the plant-based meat trend. The NPD Group found that 95% of buyers of vegan burgers also bought beef burgers in the last year. The market for meat substitutes is expected to hit $2.5 billion by 2023, according to Euromonitor estimates.

Investor enthusiasm for Beyond’s potential to capitalize on the trend has driven the stock price up 480% since its May initial public offering. Beyond shares jumped 2% during morning trading Monday. The company holds 2.1% of the market share for meat substitutes, according to Euromonitor. In recent weeks, however, the stock has tumbled following a secondary share offering and a broader market sell-off.