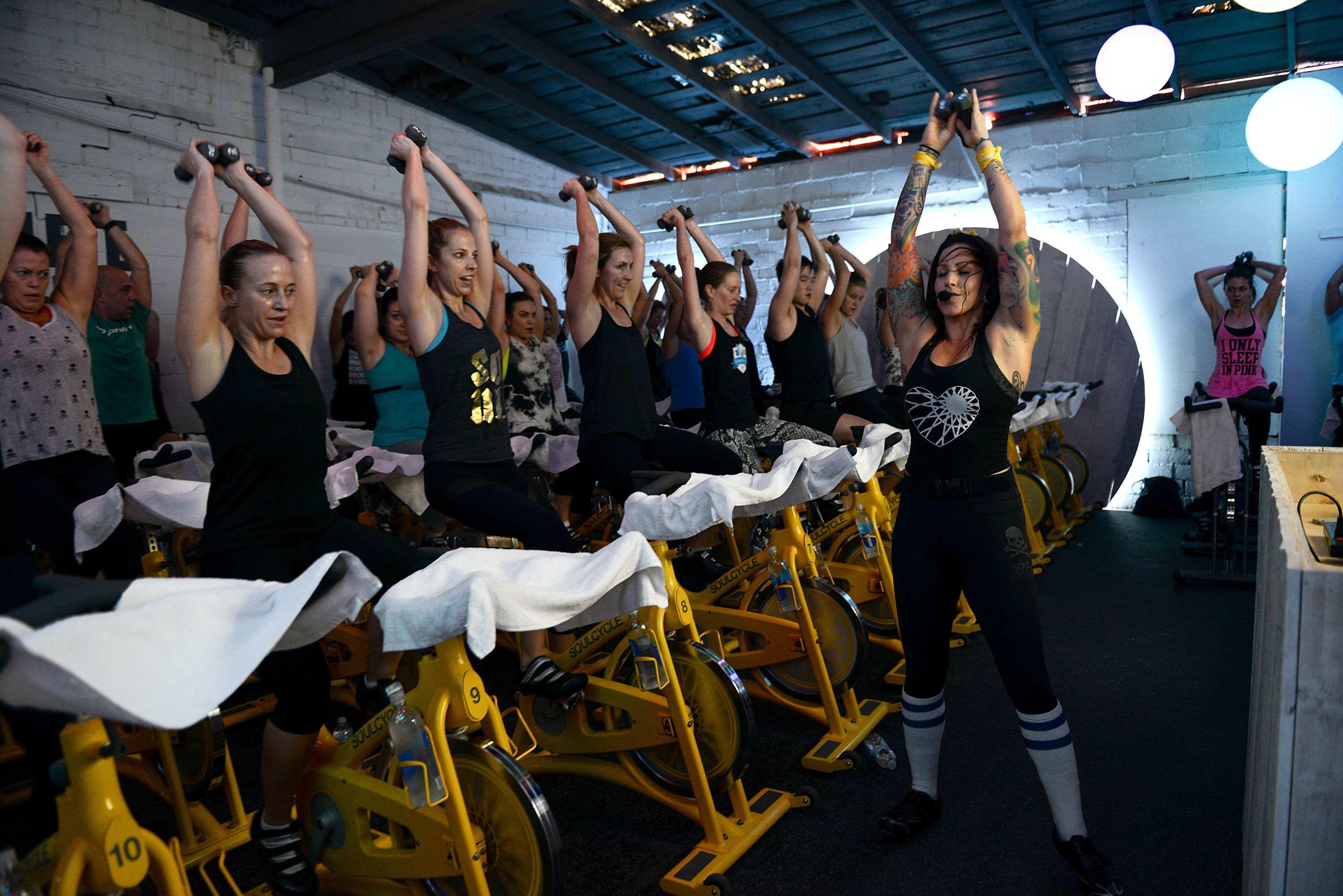 As quickly as retail storefronts are disappearing, specialty fitness studios are appearing.

There are now more fitness options than ever — from big box gyms, to boutique studios, to streaming classes and even virtual reality workouts. So it’s no surprise that more people than ever are spending more than ever on fitness.

A record 71.5 million consumers used close to 40,000 for-profit health clubs in 2018, according to the International Health, Racquet & Sportsclub Association. The number of individual members totaled 62.5 million, up 2.6% from 2017.

Barry’s Bootcamp alone has grown from 20 studios to 60 in the past five years and plans to open 100 globally in the next five years. The company has grown more than 40% in the just the last year, with studios now in 10 countries.

Boutique brands are booming because they have become a go-to social destination.

“It’s not necessarily the fitness aspect, but a fitness activity that’s replaced your standard happy hour,” said Kristen Geil, editor-in-chief of A SweatLife, a health and wellness media company that recently surveyed its largely millennial readership about fitness trends.

“About 78% of our respondents were more likely to try a new workout with a friend.”

Since last year, health club industry profit is up 8% to just over $32 billion, according to the health association. In 2017, boutique brands made up 40% of the market, up 121% in four years, compared with 18% growth for big gyms. Boutique consumers pay twice as much a month as consumers of big gyms, like Planet Fitness, Crunch or Gold’s Gym.

Streaming home fitness is also growing quickly. Peloton, Gaia, Beachbody, the Daily Burn, Tracy Anderson, the Mirror and Tonal, to name a few. Last year, 21% of respondents to a SweatLife’s survey said they were spending on digital fitness, more than twice the share in 2016.

Peloton, a high tech cycle with live streaming and on-demand classes on a built-in screen, is the giant in the realm of streaming workouts, with plans to go public. It is currently in a quiet period, so the latest statistics on the company are from February. Back then, it reported to CNBC’s Make It that investors have put about $994 million into Peloton, and the company is valued at $4.15 billion. Investors include CNBC’s parent Comcast-NBCUniversal. It was on track to hit $700 million in revenue with more than 400,000 bikes sold so far. That does not include the new treadmills, which began shipping last year.

Planet Fitness is one of the few publicly traded fitness companies. Its stock is way up this year, with strong sales at its nearly 2000 clubs in all 50 states.

“Planet Fitness continues to experience strategic and aggressive growth and has opened approximately 200 locations a year for the past five years,” said Becky Zirlen, senior public relations manager at Planet Fitness, which has doubled its membership to 14 million since its IPO in August 2015.

Growth in fitness is strong now, but analysts are already warning of a slowdown if the economy goes into a recession. Giel said she thinks boutiques would be hit hardest in an economic downturn, given their price premium.

“Consumers are going to be dropping that from their budget. It’s the easiest thing to cut, but gyms will try to up their experience to make people stay with the trainers they know and love,” she added.