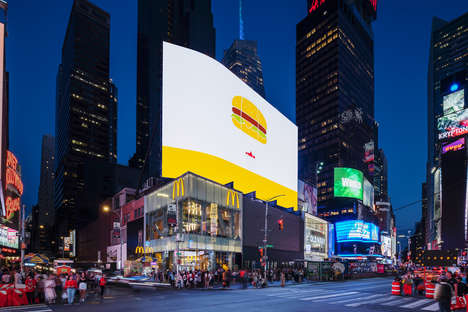 The McDonald’s in Times Square is Designed by Landini Associates

The newly opened McDonald’s in Times Square is the brainchild of design firm Landini Associates and Progressive AE. Located on 45th and Broadway, the fast food establishment enjoys a busy intersection. Its aesthetic and layout arrangement reflect that.

Landini Associates and Progressive AE erect the structure to be three-stories tall, in anticipation of the many people who will visit the establishment on a daily basis. The facade of the building is made predominantly out of glass, allowing for a more freeing and airy quality. The interior embraces the “pared-back Ray Concept, [which] was developed by Landini Associates” in a bid to update the image of the business.

Perhaps the most noticeable feature of the McDonald’s in Times Square is the massive billboard that is placed atop the establishment. This ties well with the aesthetic of the entire urban region.