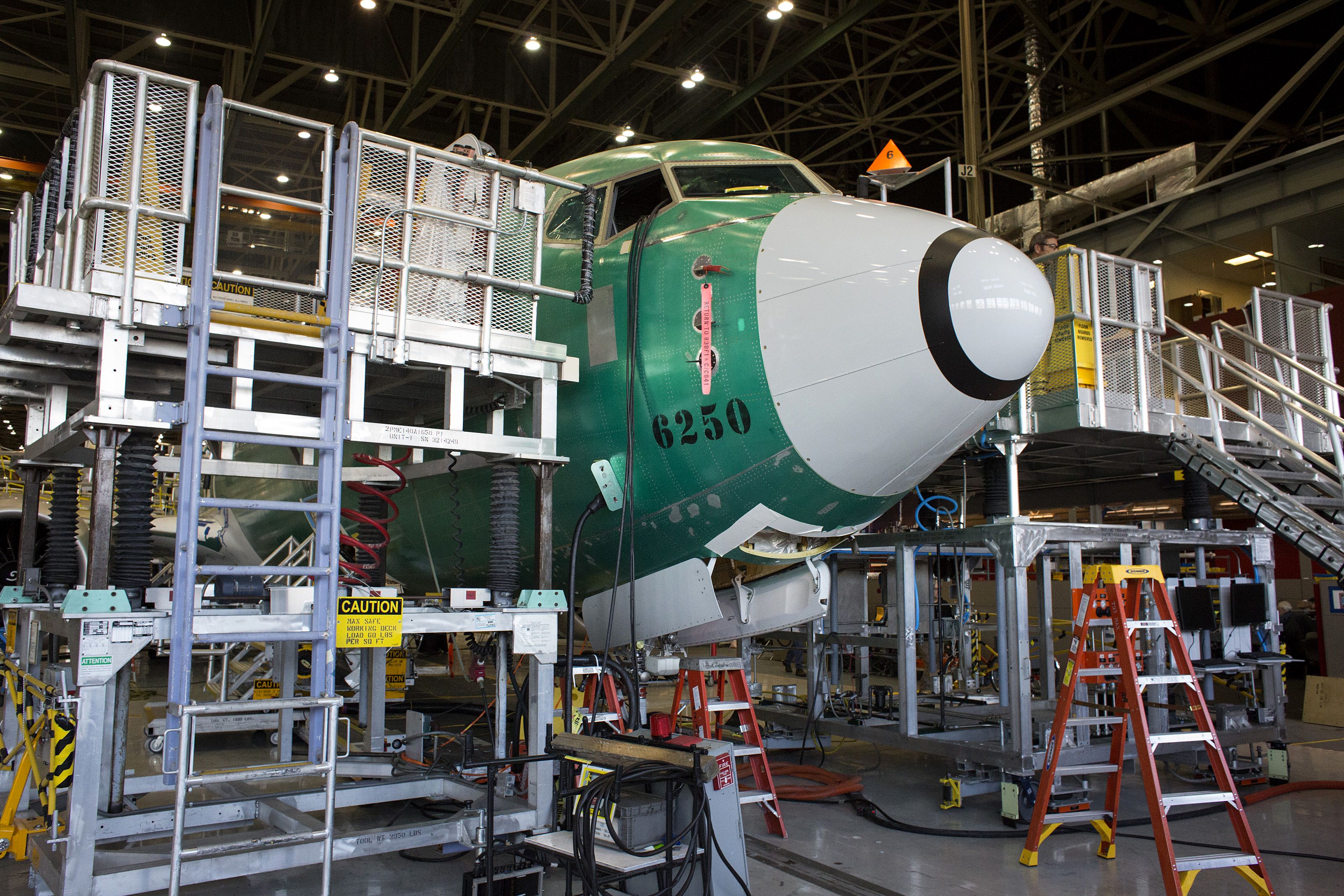 The nose of a Boeing Co. 737 MAX 9 jetliner sits during production at the company’s manufacturing facility in Renton, Washington.

Boeing shares rose Tuesday after a Wall Street Journal report said U.S. aviation officials believe a bird strike may have caused the crash of a 737 Max in Ethiopia in March.

The fast-selling Boeing 737 Max airplanes have been grounded since shortly after that accident, which came less than five months after a similar crash in Indonesia. Together, both crashes killed a combined 346 people.

Boeing shares were up 2.1% in premarket trading.

Crash investigators have indicated that bad sensor data triggered an anti-stall system aboard the Ethiopian Airlines Boeing 737 that went down shortly after takeoff in March, a similar scenario to a crash of the same type of plane in Indonesia in October. The system automatically pushes the nose of the plane down if it perceives the aircraft is in a stall, the normal way to recover from such a position. That can be fatal if the plane is not in a stall, however.

How to build a hurricane-resistant house
Coca-Cola is re-releasing New Coke to promote Stranger Things
To Top
error: Content is protected !!
Top