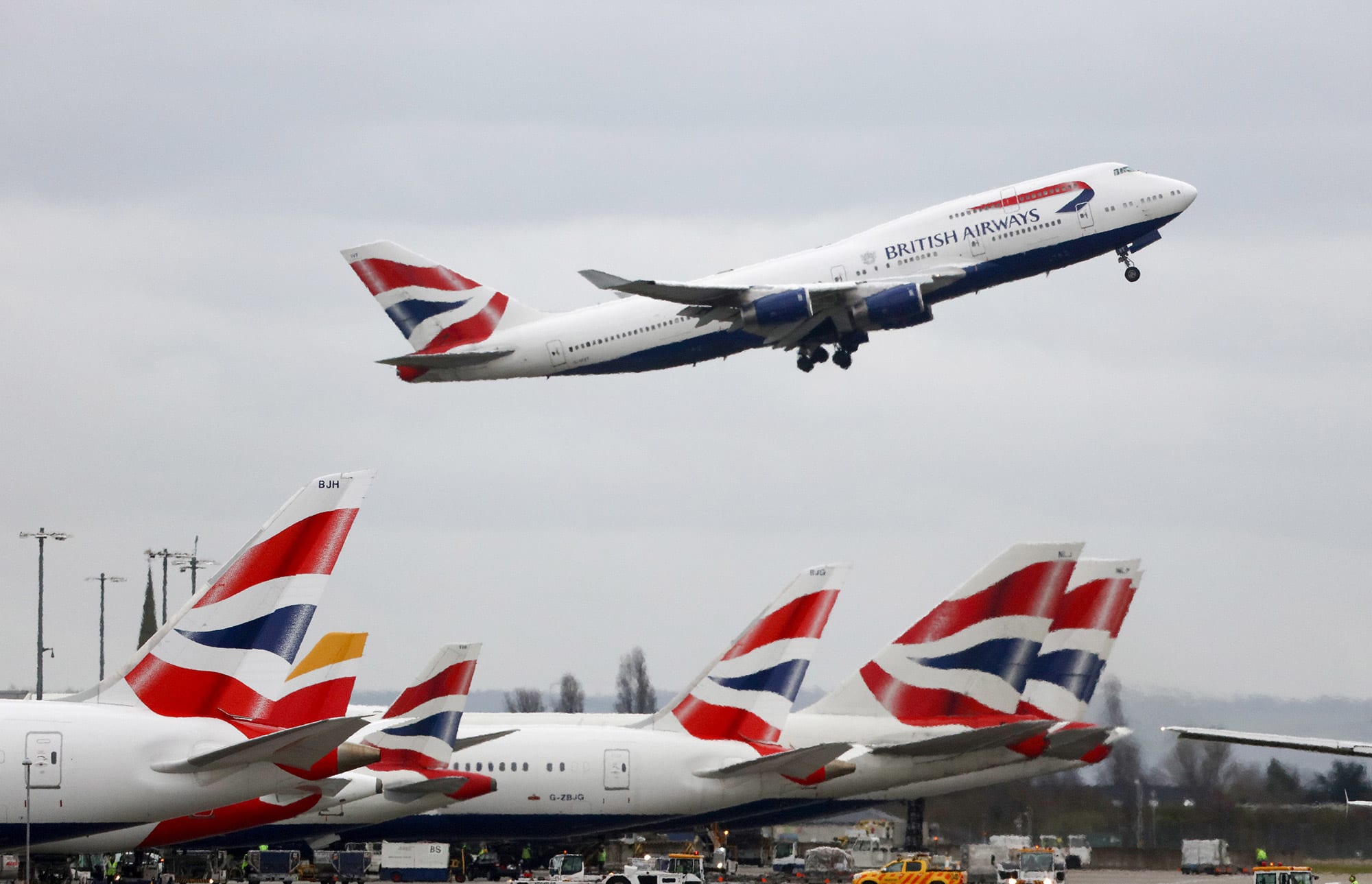 A Boeing Co. 747 passenger aircraft, operated by British Airways, takes at Heathrow airport in London, U.K.Chris Ratcliffe | Bloomberg | Getty ImagesBritish Airways, currently the largest operator of the Boeing 747, said it would retire its entire fleet of the iconic aircraft earlier than expected due to the coronavirus downturn.The airline, owned by International Consolidated Airlines Group, had originally planned to phase out the “jumbo jet” by 2024. But travel restrictions due to Covid-19 led the company to take action now.”It is with great sadness that we can confirm we are proposing to retire our entire 747 fleet with immediate effect,” the airline said in an emailed statement to CNBC.”It is unlikely our magnificent ‘queen of the skies’ will ever operate commercial services for British Airways again due to the downturn in travel caused by the Covid-19 global pandemic.”  It said it would instead operate more flights on “modern, fuel-efficient aircraft” including the Airbus A350 and the Boeing 787.BA started flying the jet back in the early 1970s, and took delivery of its current fleet of 747-400s between 1989 and 1999. At its height, the airline had 57 of the 747s, only surpassed by Japan Airlines, and the planes now reportedly represent approximately 10% of its total fleet. It currently owns 31 of the four-engine craft, with an average age of 23 years.The news comes after Qantas Airways announced in June that it was retiring its six Boeing 747 planes immediately, six months before initially planned.The giant jets are 231 feet long and have a wing span of 213 feet — big enough to accommodate 50 parked cars. They were originally designed to hold 27 first class and 292 economy class passengers and featured a lounge in the upper deck called the “club in the sky,” but now have three different seating layouts. BA recently warned that 12,000 jobs were at risk due to the pandemic and the resulting hit to air travel. IAG’s stock is down 65% so far this year.The International Air Transport Association forecast last month that airlines were on track to lose $84 billion this year, and another $15 billion in 2021. In April, air travel fell more than 90% from the previous year, according to IATA, in what it expects to be the worst year in the industry’s history.—CNBC’s Natasha Turak contributed to this article.

Sales are up as a result of coronavirus pandemic
Cuomo clears NYC to enter next phase of reopening with restrictions
To Top
error: Content is protected !!
Top