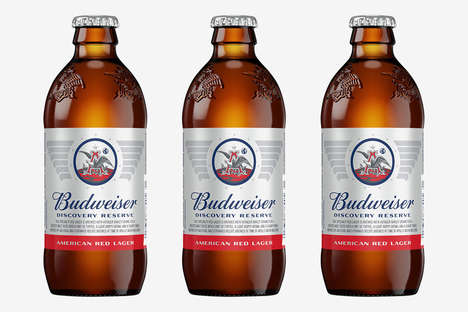 July 2019 will mark the 50th anniversary of the moon landing, which is being celebrated with the new Budweiser Discovery Reserve American Red Lager that draws inspiration from recipes from the past.

Created using a recipe from the archives, the beer has been brewed by the Budweiser brewmaster along with Former U.S. Air Force Captain Karissa Norrington. The libation is achieved using medium-roast Voyager barley malt, which is reported to give the beer a light, crisp profile with a toasty flavor and just a hint of toffee. The limited-edition beer will also work to support veterans thanks to a partnership between Budweiser and Folds of Honor that will see $1 from each case sold going to the cause.

The Budweiser Discovery Reserve American Red Lager features graphics and branding that are reminiscent of the Apollo 11 mission and will be available into September or while supplies last.