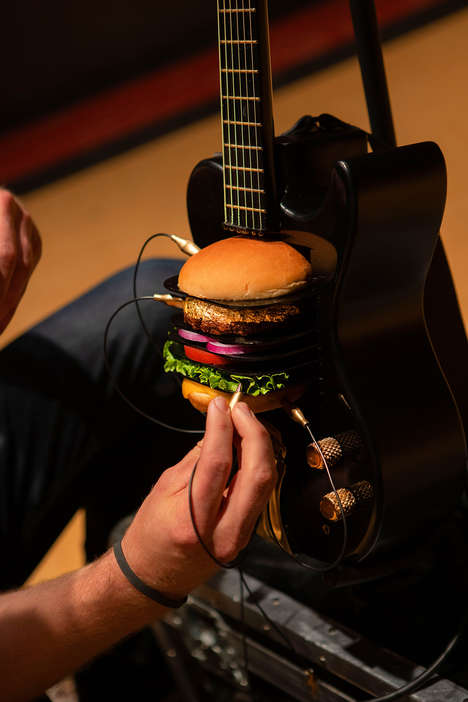 A one-of-a-kind, patent-pending Hard Rock Cafe guitar was created by famed guitar maker James Trussar that boasts the unique ability to play music through a burger’s ingredients. The unconventional instrument makes the most of a player’s body to generate an electrical current through the burger and turn its ingredients into musical tones. Rather than strumming the strings of a guitar, players are able to tap the burger to complete the electrical circuit, as the design of the guitar is wired with a single-board micro-controller.

Hard Rock Cafe created the world’s first playable burger-powered guitar to share the tune of ‘The Golden Solo,’ which kicks off the launch of its 24-Karat Gold Leaf Steak Burger.

The burger-powered Hard Rock Cafe guitar was created by the same legendary guitar maker who has catered to clients like Mick Jagger, Bob Dylan and Eric Clapton.