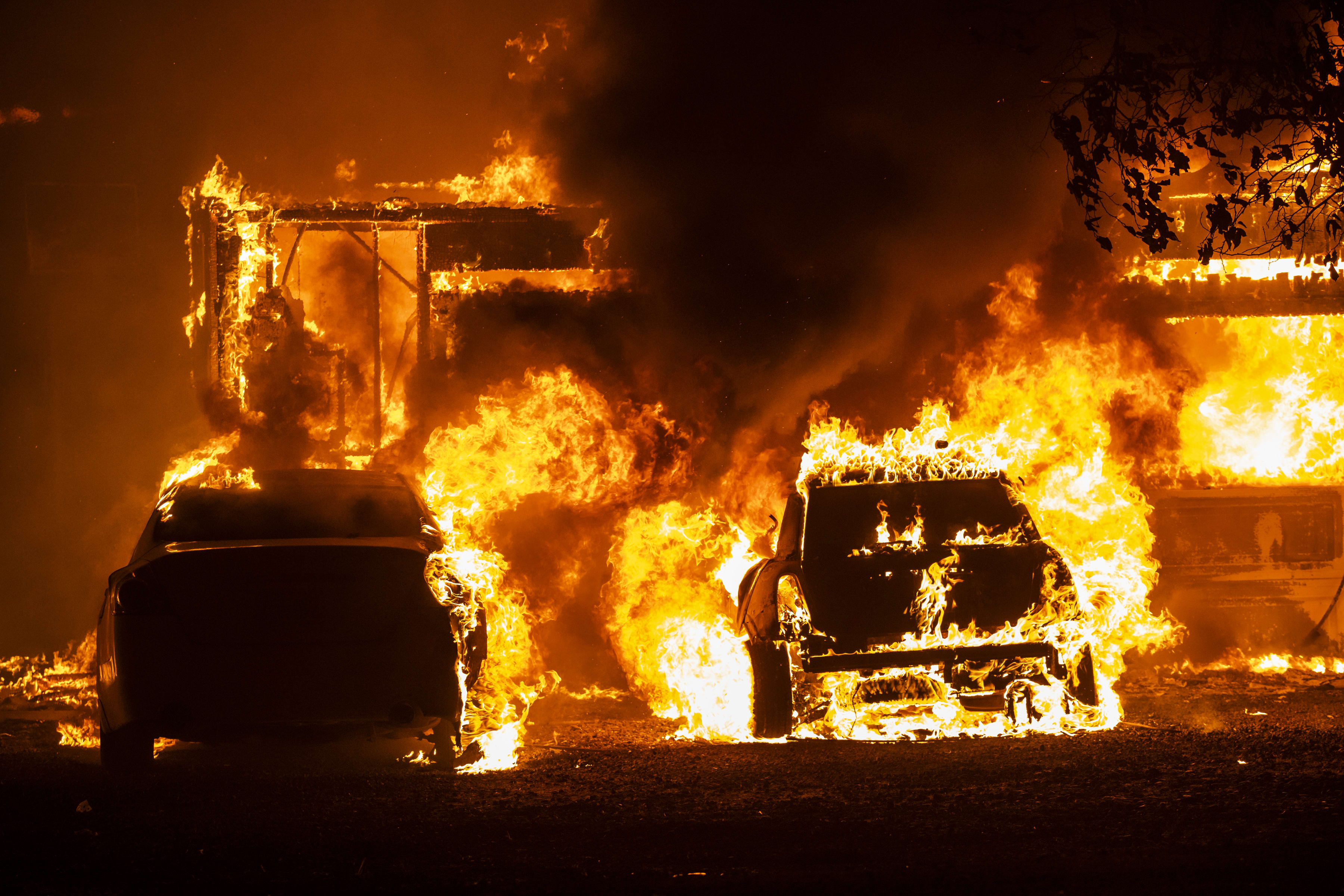 Thousands of people in California are under evacuation orders as dozens of major wildfires continued to ravage parts of the state on Wednesday with an unrelenting heatwave and high winds making firefighting conditions difficult. Governor Gavin Newsom has declared a state of emergency during evacuations and rolling blackouts and called on the California National Guard to help with relief efforts. Authorities in Sonoma County warned of an “immediate threat to life” from the ongoing fires.  Vehicles catch fire in front of a burning home along Peaceful Glen Road during the Hennessy fire in Solano County, California, on Wednesday, Aug. 19, 2020.Philip Pacheco | Bloomberg | Getty ImagesBy Wednesday morning, residents in parts of Northern California including Napa and Sonoma Counties, San Mateo and Santa Cruz were under urgent evacuations. The LNU Lightning Complex Fire has burned 32,000 acres in Sonoma, Lake, Napa and Solano Counties and has destroyed some homes.The more than two dozen major fires raging across the state are made worse by an extreme heat wave that started over the weekend. It recently set a temperature of 130 degrees Fahrenheit (54 Celsius) in California’s Death Valley, the hottest U.S. temperature in at least 107 years.The extreme heat and dryness are driven by a heat dome, or a high pressure system that pushes down air from above, which then compresses and heats up near land. Heat domes are likely to be more severe as the climate changes.  Climate change is driving hotter and more frequent heat waves across the world and causing increasingly severe wildfires. In the U.S., California has experienced the worst of the destruction, including the Thomas Fire in 2017 and Camp Fire in 2018 that collectively killed more than 100 people and left tens of thousands of people homeless. Newsom on Wednesday said that California had been hit by 10,849 lightning strikes over the past 72 hours, which has helped ignite a good portion of the 367 known fires across the state. “What’s occurred in last 72 hours has certainly stretched resources … that said we are in a much better place in terms of preparedness,” the governor said.In this long exposure photograph, flames consumes both sides of a segment of Lake Berryessa during the Hennessey fire in the Spanish Flat area of Napa, California on August 18, 2020.Josh Edelson | AFP | Getty ImagesPeople stand next to flames rising from the Ranch fire in the San Gabriel mountains above Azusa, 25 miles east of Los Angeles, California, on August 14, 2020.Apu Gomes | AFP | Getty Images