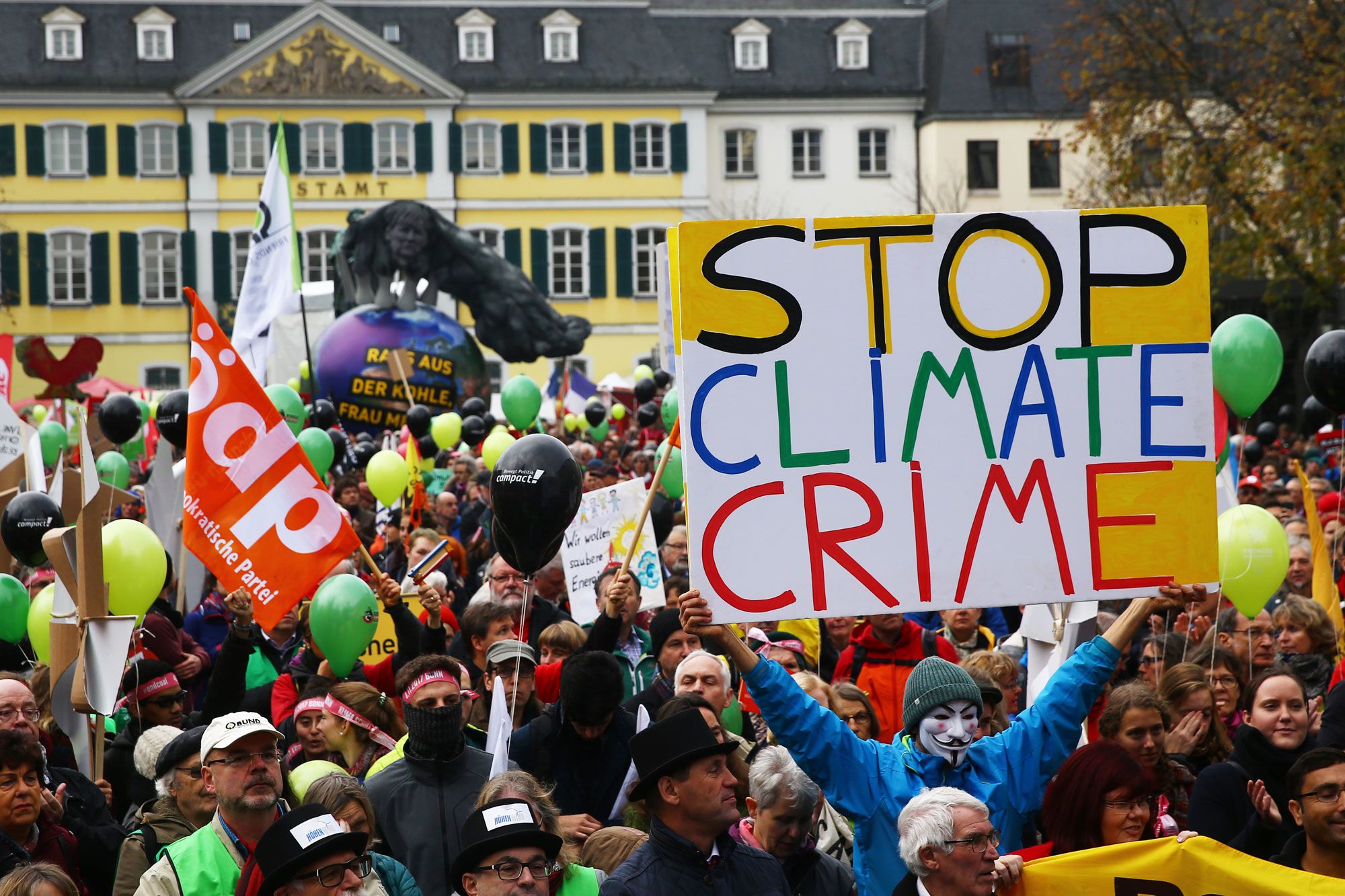 More than 200 of the world’s largest listed companies forecast that climate change could cost them a combined total of almost $1 trillion, with much of the pain due in the next five years, according to a report published on Tuesday.

Even so, the findings by charity CDP suggested many companies still underestimated the dangers as scientists warn that earth’s climate system is on course to hit catastrophic tipping points without rapid cuts in carbon emissions.

“Most companies still have a long way to go in terms of properly assessing climate risk,” said Nicolette Bartlett, CDP’s director of climate change, who authored the report.

Protesters march ahead of the COP23 UN Climate Change Conference held in Bonn, Germany, on November 4, 2017.

Founded in the early 2000s, CDP — formerly known as Carbon Disclosure Project — is a respected voice in a growing coalition of pressure groups, fund managers, central bankers and politicians who believe global warming poses a systemic risk to the financial system.

By pushing chief executives to confront risks to their operations, advocates of greater disclosure hope to spur enough investment in cleaner industries to cut carbon emissions in time to meet global climate goals.

In its latest study, CDP analysed survey data from 215 of the largest companies, ranging from Apple and Microsoft to Unilever, UBS, Nestle, China Mobile, Infosys, Sony, and BHP.

The companies anticipated a total of $970 billion in extra costs due to factors including hotter temperatures, chaotic weather, and pricing of greenhouse gas emissions. About half of these costs were seen as “likely to virtually certain.”

Many companies also saw a huge potential upside if the world can de-carbonize in time to avert the bleakest climate scenarios, which scientists see as an existential risk to industrial civilization.

The companies in the CDP study, which have a combined market capitalization of roughly $17 trillion, saw potential opportunities worth $2.1 trillion, spanning faster-than-expected demand for electric vehicles to investments in renewables.

Investor concerns over climate risk have risen sharply in parallel with an upsurge in climate activism in many countries as the heat waves, droughts, wildfires and super-storms fueled by climate change have become harder to ignore.

In April, Bank of England Governor Mark Carney and Francois Villeroy de Galhau, head of the French central bank, warned of the risk of a climate-driven “Minsky moment” a sudden collapse in asset prices — unless business embraced greater disclosure.

The CDP aligns its questionnaires with the reporting requirements of the Taskforce on Climate-related Financial Disclosures, a voluntary initiative launched by the G-20 in 2015, which is due to publish a status report on Wednesday.

British-based CDP acknowledges its research cannot provide a perfect snapshot of companies’ thinking since a lack of mandatory reporting requirements on climate risk means it has to rely on whatever figures executives are willing to share.

The charity argues, however, that the degree to which companies are willing to engage provides a yardstick to judge the relative transparency of different sectors and generates peer pressure for greater disclosure.

Although no sector was entirely transparent on climate risk, financial services companies tended to be among the most forthcoming respondents, CDP said, accounting for about 70% to 80% of the estimated costs and opportunities.

Fossil fuel companies who submitted responses to the study reported $140 billion of potential opportunities in the drive towards a low-carbon economy — more than five times the $25 billion value of the risks they identified, CDP said.

With climate action focused on limiting the burning of coal, oil and gas, CDP urged investors to question why fossil players seemed so confident of benefiting from an energy transition that would render their existing business models obsolete.

“The financial sector seems to be identifying more risks than the real economy,” said Pedro Faria, a strategic advisor to CDP. “This raises the question: who is managing these risks?”