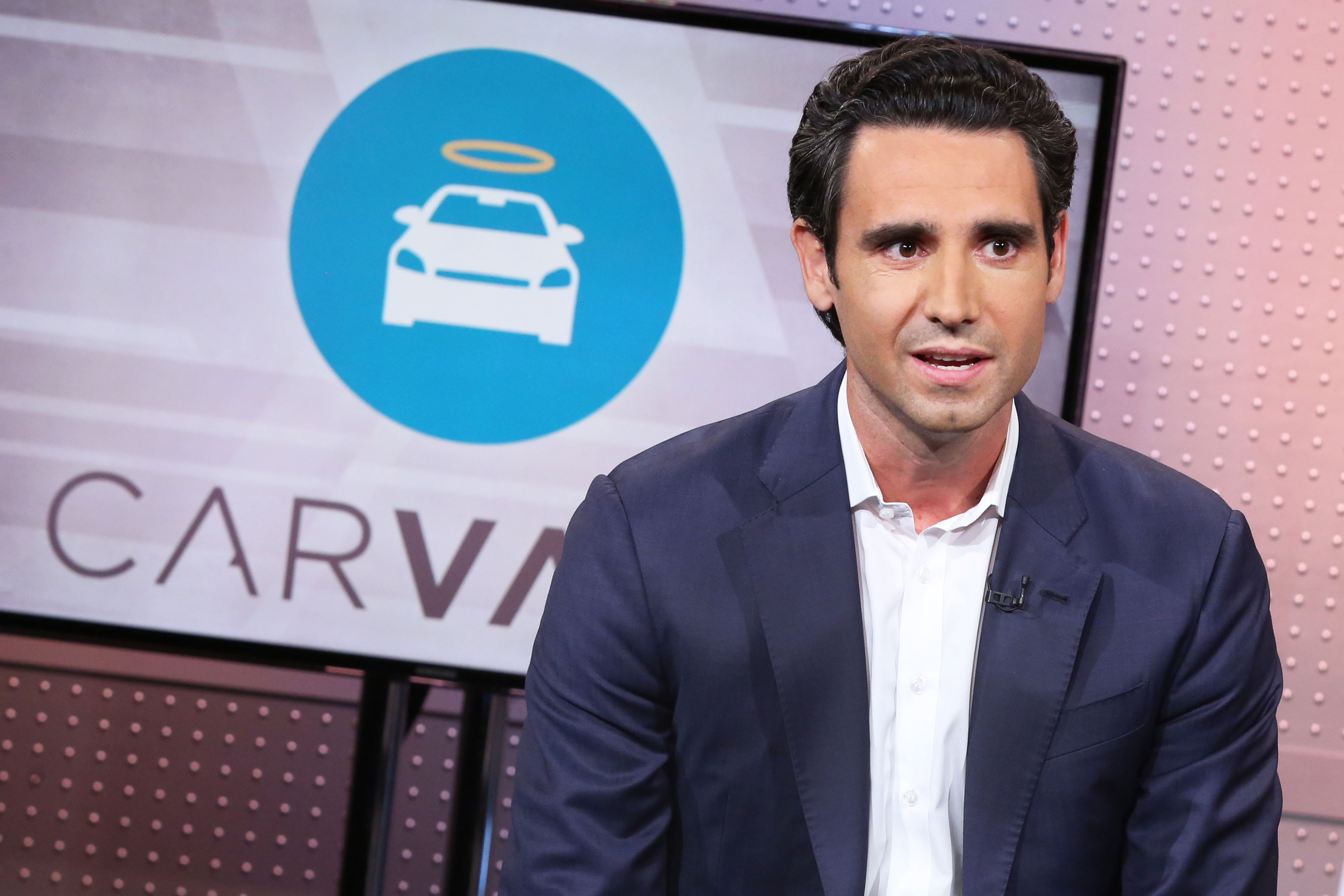 Garcia, who also serves as president and chairman of the company, highlighted in a sit down interview with CNBC’s Jim Cramer that the Arizona-based vehicle retailer saw 95% unit growth, along with triple-digit growth in revenue and customer interactions in its second quarter.

However, Carvana has yet to turn a profit since its launch in 2013. Furthermore, analyst consensus estimates predict the e-retailer won’t be cash-flow positive until 2022 and profitable until 2023, the “Mad Money” host noted.

Carvana lost 40 cents per share in its June quarter report, according to FactSet. The company holds about $800 million of long-term debt as of the end of June.

“Despite all that growth, over the last three years we’ve gone from losing about 23 cents on every dollar of revenue to 3 cents last quarter,” Garcia said. “That’s a big move in just three years and we did that while, you know, increasing the size of the company tenfold.”

Carvana has continued to expand its footprint as it looks to make the car-buying process easier for customers. The web-based dealer offers a platform to browse 20,000 vehicles in inventory, get financing, sign contracts and find trade-in value for cars, Garcia said. The company then delivers the purchase, or customers can pick up the car at one of Carvana’s 18 patented, automated car vending machines.

In the second quarter, the used-car dealer added 28 new markets for a total of 137.

Garcia said the company is banking on the national inventory with more options to attract clients across the country. Traditional dealerships typically have between 100-200 cars on the lot, he said.

For every 1,000 cars sold in the U.S. during the last quarter, Carvana’s sales made up for about four of those sales, he added.

“I think when you’re that small relative to this opportunity — it’s a trillion dollar opportunity — I think it’s hard to say that now is the time to take your foot off the gas,” Garcia said, “and so we’re definitely accelerating into this opportunity ’cause it is so big, but despite all that acceleration investment in growth, we’re still making a ton of progress financially.”

In the meantime, investors continue to pile money into the equity and place a bet on its long-term strategy. The stock is up nearly 500% since it debut on the market in April 2017 and has risen almost 160% in 2019.

Netflix is my least-favorite FAANG stock
Taiwan, Japanese companies moving home due to US tariffs
To Top
error: Content is protected !!
Top