Taiwan, Japanese companies moving home due to US tariffs 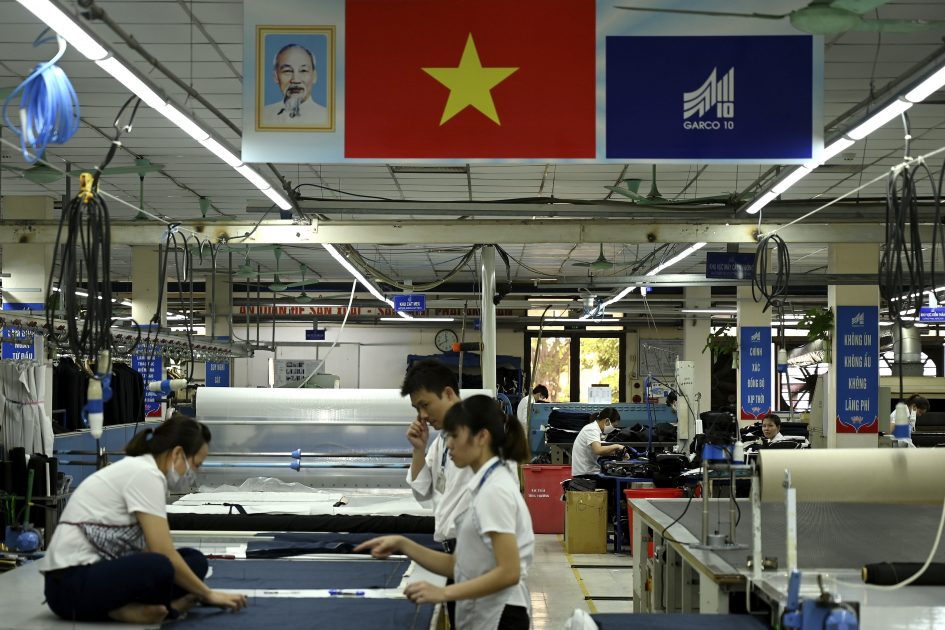 Garment factory workers working in a factory in Hanoi on May 24, 2019. From socks and sneakers to washing machines and watches, countries across Asia are hoping the US tariff squeeze on China will presage a permanent shift in manufacturing patterns as big name brands dodge the trade war in cheaper locations to make their goods.

With tariffs increasingly cutting into profits, some companies in Asia are returning home to produce their goods, or moving away from China where their factories were or are currently located.

The trend of reshoring — or companies moving back home — is most prevalent in the capital machinery and electronics sectors in Japan and Taiwan, where companies are moving home to avoid higher U.S. tariffs on imports from China, a Nomura analysis of 56 companies found.

The U.S. and China have been locked in a bitter and protracted trade dispute for over a year. Both sides have already imposed several rounds of punitive tariffs on billions of dollars’ worth of each other’s goods. The two countries lobbed a new round of duties in each other on Sunday.

As a result of that trade conflict, Taiwan became a “big beneficiary” of companies shifting production back to their home base, the Nomura report said.

According to the territory’s Ministry of Economic Affairs, around 40 Taiwanese companies are looking to shift their factories back to Taiwan from China, Nomura noted, citing a South China Morning Post report in February 2019.

Taipei has been promoting the “Invest Taiwan” initiative that aims to attract companies back home. Under the program, companies can apply for low-cost loans to cover the costs of relocation.

As for Japanese companies, Mitsubishi Electric is shifting production of its U.S.-bound machine tools from its manufacturing base in Dalian, China to Nagoya in Japan. Machine-makers Toshiba Machine and Komatsu are planning similar moves, according Nomura, citing to The Japan Times and The Asahi Shimbun respectively.

“These trends are consistent with recent export divergence seen within Asia as a result of trade diversion,” Nomura economists Sonal Varma and Michael Loo wrote in a report released Wednesday.

Companies, such as Dell, that were already concerned about rising labor costs in China, also took the opportunity from the fallout of the trade dispute to accelerate the move of their factories away from China, said the economists.

U.S. and Taiwanese companies make up more than half of the companies that are planning to relocate production from China, Nomura noted.

The report followed U.S. President Donald Trump’s demand that American companies move their production out of China. On Aug. 23, he took to Twitter, ordering them to “immediately start looking for an alternative to China” and make their products at home instead.

By industry, the three sectors dominating the relocation out of China were electronics, followed by apparel, shoes and bags, and electrical equipment.

But it is not just tariffs that are prompting the move of the factories.

“While rising trade tensions and the need to mitigate risk is a key reason for production relocation away from China, some companies also cited cybersecurity risks as a reason,” the Nomura economists added.

The economies that are benefiting the most from the tariff fight are mainly in Asia, with Vietnam, Taiwan and Thailand dominating. Outside of Asia, Mexico is a standout.

Given China’s large domestic market size and limited capacity elsewhere, there are many reasons for companies to maintain a large part of their production in China.

Vietnam was the only economy that has attracted companies from both low value-added industries, such as garments and consumer durables, and high-value added sectors — such as electronics, according to the Nomura analysis.

The benefit to Mexico is largely in the electronics and electrical equipment sectors, the report noted.

Despite the shifts, China’s massive market is still a force to be reckoned with.

“Given China’s large domestic market size and limited capacity elsewhere, there are many reasons for companies to maintain a large part of their production in China,” they wrote.