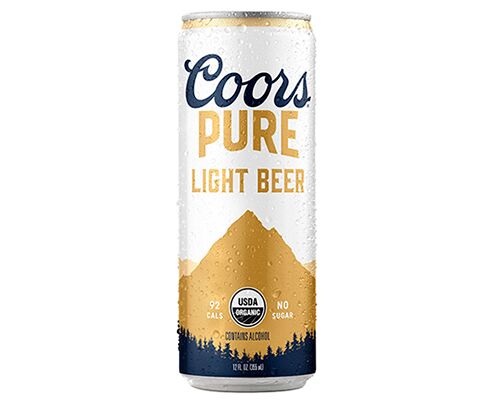 The Coors Pure light beer has been unveiled by Molson Coors as a followup to its organic beer released in September of last year and will provide consumers with a refreshing option to pick up that will match their dietary preferences. The beer is made with a blend of simple ingredients and has been USDA-certified organic to position it perfectly amidst the existing varieties on the market. The beer is reported to have a subtle malt sweetness as well as a low bitterness with just a touch of citrus hop notes.Vice President of Marketing at Molson Coors Marcelo Pascoa spoke on the new Coors Pure light beer saying, “Coors Pure is the answer for beer drinkers who are looking for an organic, low calorie option without sacrificing the refreshment they know and love from Coors. As we approach summer, more exercise enthusiasts are making their ways to parks and streets across the country, and we’re excited to introduce a beer that is the perfect refreshment for those who also try to live a healthier life.”