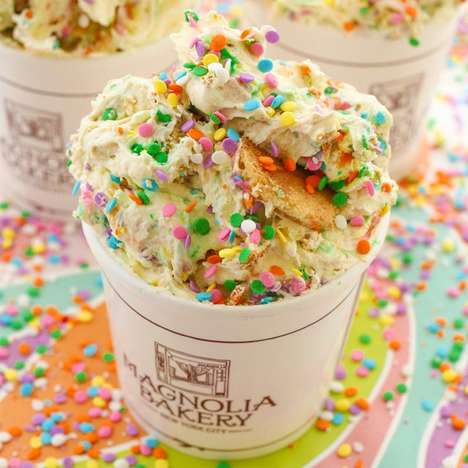 Following in the footsteps of many other food and beverage brands, Magnolia Bakery has just debuted a special Pride Banana Pudding for Pride Month. This colorful dessert not only celebrates inclusivity, but a portion of the proceeds will also go towards helping LGBTQ youth in crisis.

Magnolia Bakery’s new Pride Banana Pudding takes starts with the chain’s iconic banana pudding, which is made with vanilla pudding, sweetened condensed milk, heavy cream, nilla wafer cookies, and fresh bananas. The creamy pudding is then packed with colorful rainbow confetti for a special Pride Month touch. The new dessert is part of a Pride Month partnership with The Trevor Project, which the world’s largest suicide-prevention and crisis-intervention organization for LGBTQ young people. Between June 17 and June 30, Magnolia Bakery will donate 10% of sales from the Pride Banana Pudding to The Trevor Project.