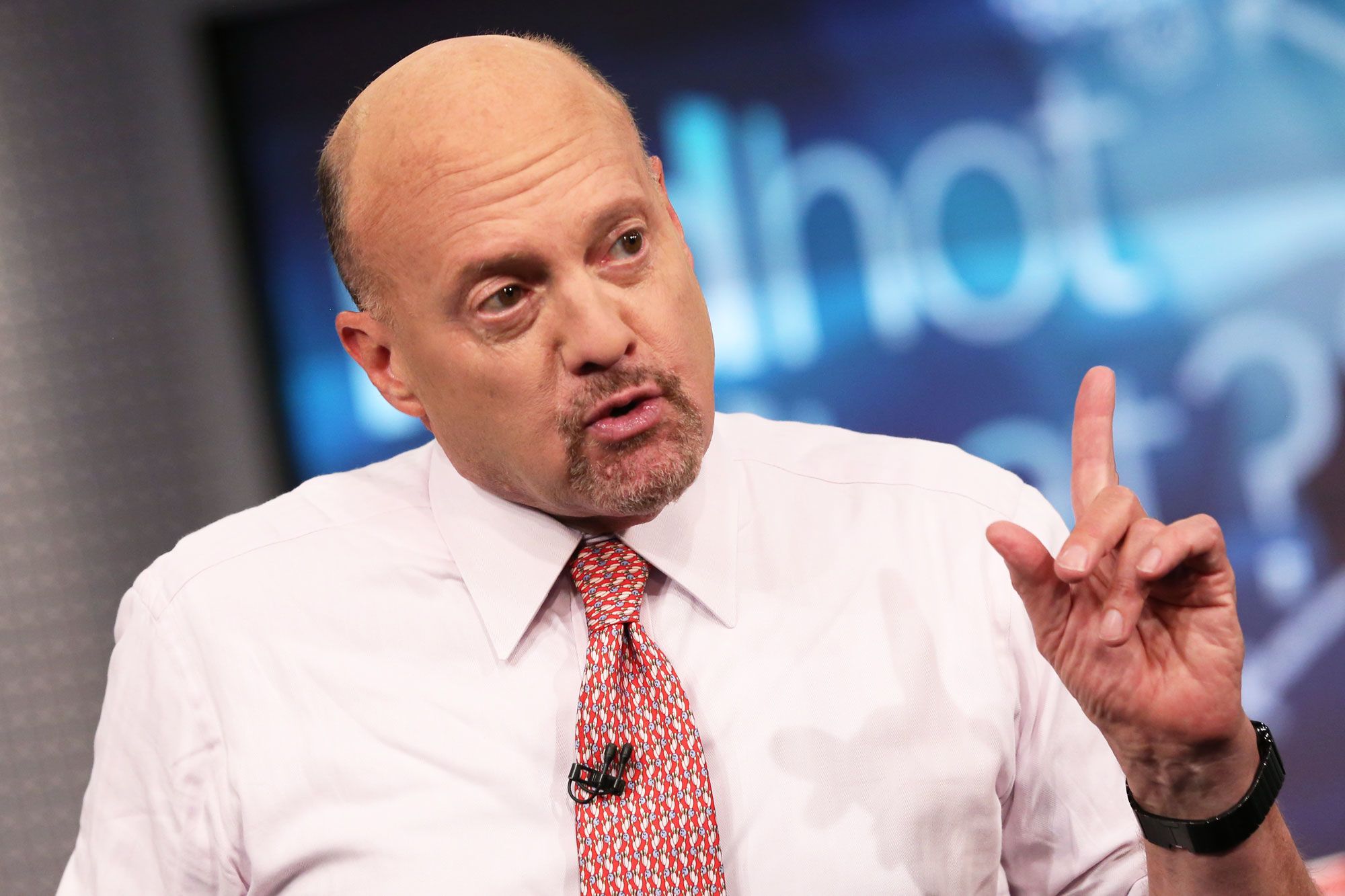 CNBC’s Jim Cramer on Monday said President Donald Trump has the upper hand in trade talks with China and that the country would have to bend a bit to stop tariffs from going higher.

“At the end of the day, the People’s Republic needs our commerce a lot more than we need their commerce,” the “Mad Money” host said. “The United States is a cash-fueled economy, the PRC is a debt-laden house of cards. They need our money, but do we really need their cheap stuff?”

Despite Trump’s threats to increase the tax on $200 billion worth of Chinese imports to the United States from 10% to 25%, the market sell-off was not as brutal as it could have been, Cramer said. Wall Street is begging for a trade deal to be signed between the two world’s largest economies, but the reality is that America is winning, he said.

That explains why the Nasdaq and S&P 500 both recovered much of their losses in the session to finish about 0.50% in the negative. In comparison, China’s equivalent indexes were both down as much as 7% in the wake of Trump’s declaration to hike the tariff rate on Friday, Cramer said.

“We’re winning, regardless of what you think of Trump. The truth is that China’s a paper tiger, something that’s obvious if you just look at the darned numbers,” Cramer said.

With strong job creation and low inflation, there’s no reason the U.S. can’t come out of the prolonged trade war, he said.

Believe in the bull?

Traders and financial professionals work at the opening bell on the floor of the New York Stock Exchange (NYSE), May 6, 2019 in New York City.

“When the averages got hit this morning on new Chinese worries, people almost instantly pulled out their shopping lists and started buying high-quality domestic stocks that have nothing to do with the trade war,” the host said. “That’s a very bullish sign.”

Wall Street hates tariffs and trade wars, Cramer said, but it was interesting to see the market rebound from deep declines early in the session.

“Normally when the market gets hammered, people wait around for a few days before putting their money back to work. Not today,” Cramer said.

An employee walks past a Ford logo in the yet-to-be-completed engine production line at a Ford factory on January 13, 2015 in Dagenham, England.

Ford Motor’s stock is in the early innings of a multi-year comeback, thanks to its turnaround plan that’s showing signs of success, CNBC’s Jim Cramer said Monday.

He gave a stamp of approval to CEO Jim Hackett, who has helmed the company for nearly two years.

“Ford’s comeback is the real deal people. Real deal, and I think it’s just getting started,” the “Mad Money” host said. “This is the one auto-related stock I am willing to endorse right now, because Ford has figured out the auto business stinks. And they’re doing everything they can to pare back their exposure to the worst parts of it, while embracing what works like the fabulous, wonderful F-150 … the best truck in the world.”

After trading below $10 per share for much of the last nine months, Ford is emerging from the wilderness, cutting costs and focusing on its profitable operations, Cramer said. The changes are necessary to address both cyclical and secular declines challenging the entire industry, related to ride-sharing services and changing car-buying habits, he said.

People are reflected in the window of the Nasdaq MarketSite in Times Square on July 30, 2018 in New York City.

CNBC’s Jim Cramer on Monday swapped Twilio in for Red Hat as part of his “cloud kings” group of hot tech stocks.

“With Red Hat being bought by IBM, we’re crowning Twilio as our newest cloud king, ” the “Mad Money” host said. “The company’s had an amazing year and, over the long haul, I’m betting its stock has more room to run.”

Twilio, the cloud-based communications software company that helps companies such as Airbnb connect with customers, saw its share price surge from about $23 to $90 in 2018, Cramer said. The cloud industry is impacting nearly every aspect of business, he added.

Shares of Twilio closed Monday at $131.80, down more than $10 from its all-time trade high. It’s up more than 47% this year. The company appears to be benefiting from a multi-year investment cycle of enterprises looking to modernize their operations, especially call centers, Cramer said.

“You might think that this stock has run up too far too fast, that it’s too hot to handle, but I think it’s the kind of incredible growth story where you rarely get any kind of significant dip, and when you do … you have to pounce,” Cramer said.

The epicenter of pop culture

“Game of Thrones” is a product of AT&T’s HBO and “Avengers: Endgame” is under Walt Disney, but Funko, the maker of action figures, could be a play on two of the hottest film and TV productions so far in 2019.

Funko has a partnership with both companies to release new figurines. CEO Brian Mariotti told Cramer the company quickly makes and launches new toys following each weekly Game of Thrones episode. The same goes for “Endgame” collectibles, which came both before and after the movie released, he said.

“After the movie aired, Marvel was coy enough to not tell us everything that was gonna happen in the movie,” Mariotti said. “So our designers are rushing six or seven new products in addition to about five or six embargoed products that we had once the movie was released.”

Cramer’s lightning round: FedEx got hurt by China — Buy some in 3 days

In Cramer’s lighting round, the “Mad Money” host zipped through his thoughts about callers’ stock picks of the day.

Lennox International Inc.: “I have liked Lennox Industries since this show began. It’s just an unbelievable market. They are really good at the HVAC and the sprinklers. Everything. Nice call by you.”

Nabors Industries Ltd: “Don’t buy. You don’t need that house of pain. I want you in some better stocks.”

C.H. Robinson Worldwide Inc.: “Oh, man. You’re just gonna be in the house of pain yourself. This stock is all the way up. You know what, I think you should just buy FedEx. I really do. I like FedEx here and you can buy some if it goes lower. I think FedEx is going to turn around. It’s being slammed by China. Maybe wait three days, see what happens.”