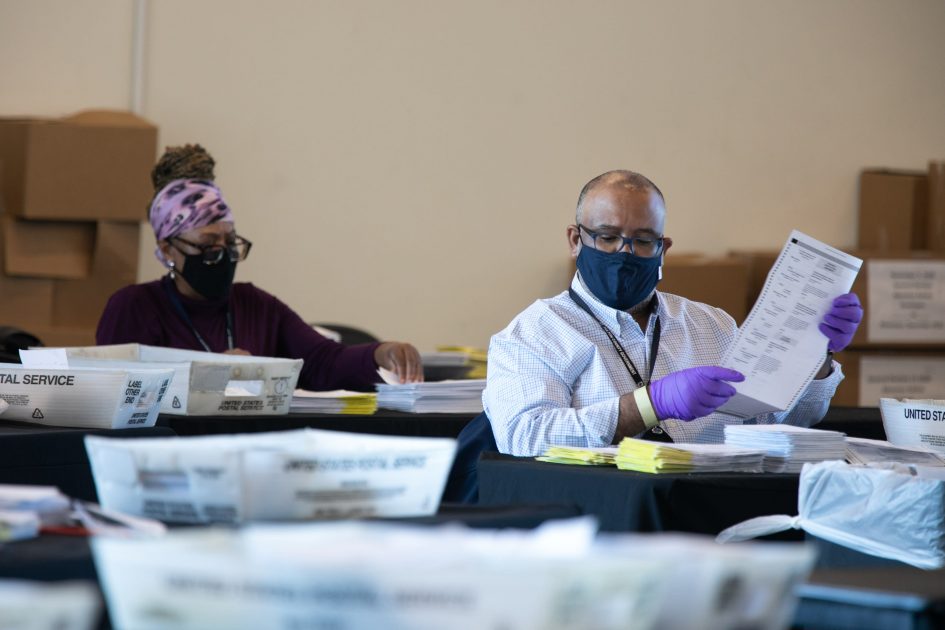 Columbia Law School adjunct lecturer Caroline Polisi told CNBC Wednesday that “most, if not all” of the Trump administration’s legal challenges in Georgia, Michigan and Pennsylvania “lack merit,” as ballots in key battleground states continue to be counted. Polisi, who is a federal and white collar criminal defense attorney, noted that the hook the Trump administration is using in all of these cases is voter fraud.  “I think the real overarching issue here is that President Donald Trump is realizing more and more that his only shot at hanging onto the presidency is through litigation and, potentially taking, that litigation all the way to the Supreme Court,” she said.The Trump campaign has filed lawsuits to stop the vote counts in Georgia, Pennsylvania and Michigan. The campaign team is claiming that their officials need better access to watch the counts happen. The Trump team is also calling for an immediate recount in Wisconsin, citing “irregularities in several Wisconsin Counties.” The rules say that a recount can happen, but only after all of the votes are counted and when the margin is within 1%. NBC News has declared Biden the apparent winner in Wisconsin. Trump tweeted on Thursday, “Our lawyers have asked for ‘meaningful access’ but what good does that do? The damage has already been done to the integrity of our system, and to the Presidential Election itself. This is what should be discussed!””We know that voter fraud just isn’t a threat to American democracy,” said Polisi. “We know on empirical data that it just doesn’t happen on a wide scale.”Polisi added that voter suppression and voter intimidation are actual threats to U.S. democracy, “all of which, President Trump is condoning at this point.” Correction: This article has been updated to reflect that Polisi is an adjunct lecturer in law at Columbia Law School.