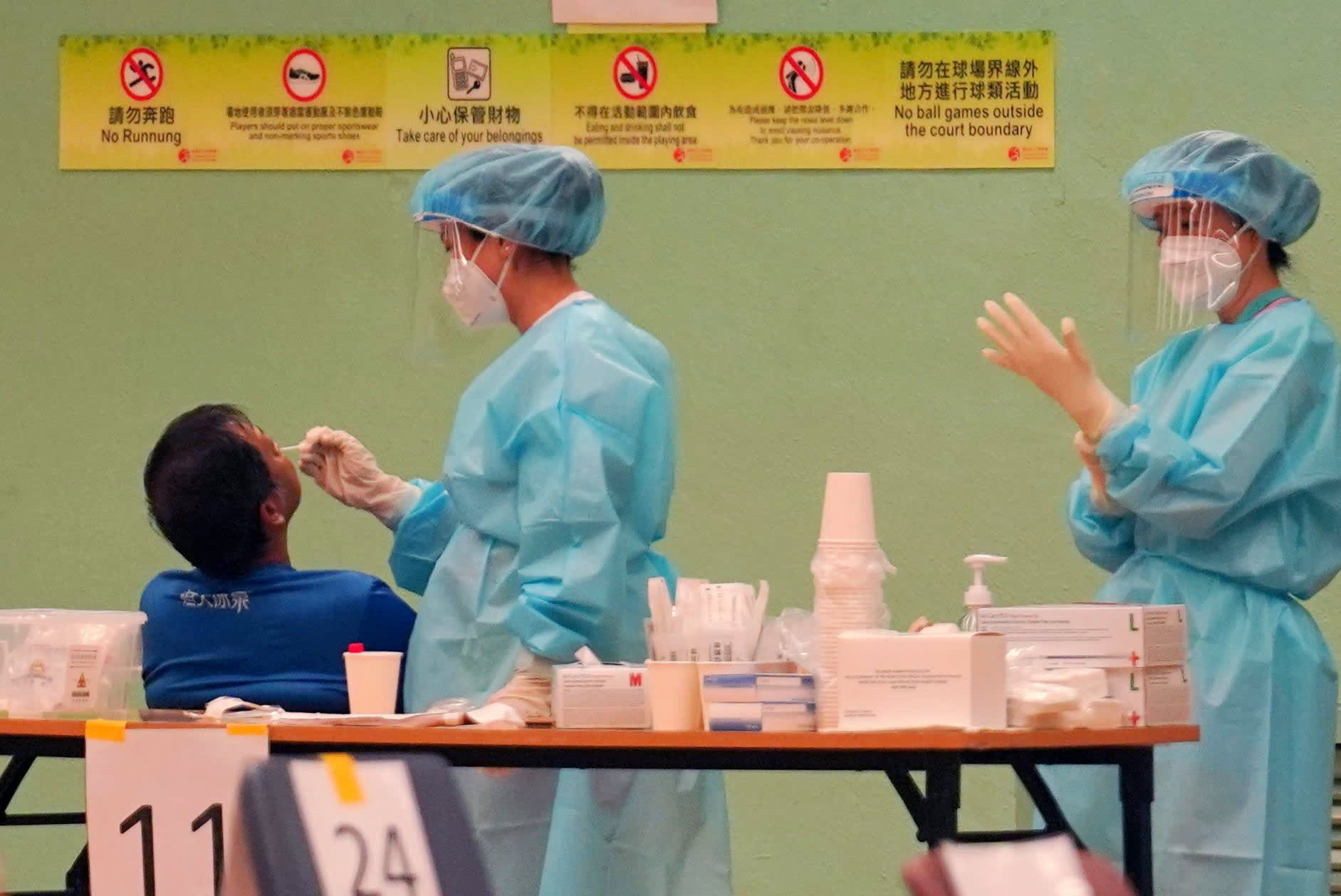 SINGAPORE — Fast and accurate coronavirus tests have become a reality, according to genetic testing firm Prenetics.The Hong Kong-based company last week told CNBC that the accuracy of its rapid coronavirus tests is comparable to the “gold standard” of PCR testing.Polymerase chain reaction (PCR) tests have been widely used to detect coronavirus infections since the pandemic started. They are accurate in diagnosing patients, but results take hours to return.Prenetics’ tests, which were developed by researchers from Oxford University and use a loop-mediated isothermal amplification technique, return results in 30 minutes.In terms of accuracy, it is comparable to PCR standard and also much better than antigen testing.Multiple companies have released rapid tests, but most are antigen tests, which detect proteins on the surface of the virus. PCR tests and Prenetics’ tests detect genetic material from the virus and are more accurate.”We actually believe it’s definitely a gamechanger,” said Danny Yeung, chief executive and co-founder of Prenetics.”We’re able to process tests without a laboratory … the results are much faster,” he told CNBC’s “Street Signs Asia” on Friday.A medical worker collects a throat swab from a resident at a testing center on September 9, 2020 in Hong Kong, China.Zhang Wei | China News Service | Getty ImagesHe added that kits cost between $15 to $20, before labor costs for administering the test are taken into account. The tests are available in Heathrow Airport in London, and reportedly cost £80 ($103.48). That’s lower than the cost of many private PCR tests in the U.K.It is on currently on trial in Hong Kong’s airport, and the company is in discussions with other governments and airports.Accuracy concernsPCR tests take a long time to process and are “very expensive” because of laboratory equipment required, but Yeung acknowledged that they are ideal. “PCR is always is the gold standard.”Still, he said Prenetics’ tests are not too far off the mark. “In terms of accuracy, it is comparable to PCR standard and also much better than antigen testing.”According to the U.S. Food and Drug Administration, antigen tests return results in an hour or less but sometimes produce false negatives. That means a person who has Covid-19 may test negative.Yeung said antigen tests also may not detect the virus in asymptomatic patients. “The challenge is when you’re traveling or population screening, most of these individuals are asymptomatic.”He added that his firm’s tests are “a really great solution” for airport screening because of its speed and accuracy.”I think this is a great test for point of care testing, for universities, for events to take place, performances (and) stadiums,” he said.