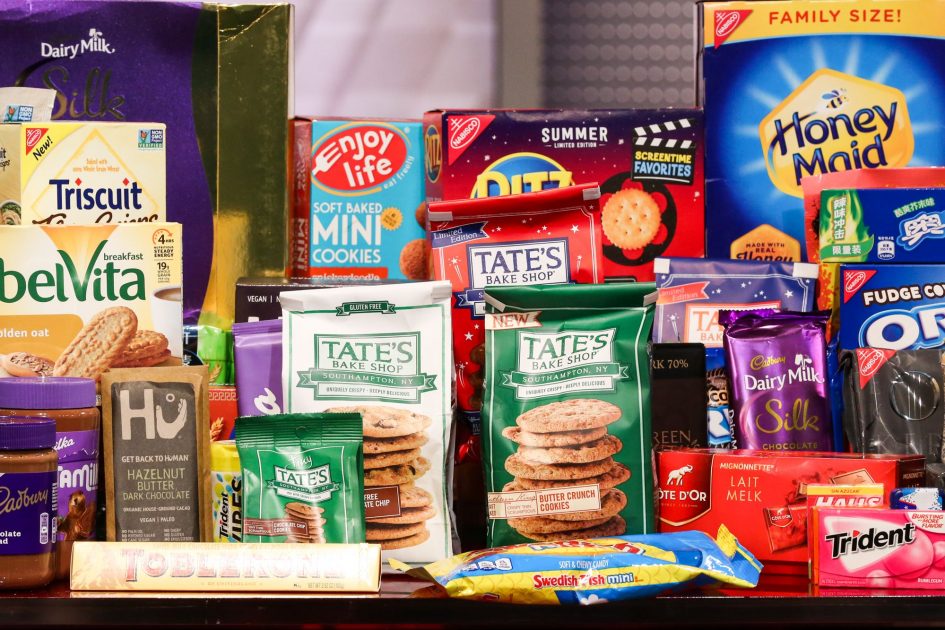 CNBC’s Jim Cramer on Tuesday crowned Hershey the “king of snacking,” but suggested that Mondelez International is the better buy of the two candy producer stocks.

With the former set to report earnings on Thursday and the latter slated for next week, the “Mad Money” host said he thinks Mondelez has a stronger chance of rallying after results come out.

“The bottom line is that Hershey is the better company. That’s already baked into when it comes to their stock,” he said. “Given how much Hershey’s stock has run, I feel much more confident and comfortable buying the stock of Mondelez here.”

The two packaged food companies, which in recent years have focused on building their snacking segments, share a number of things in common, Cramer said. They both have sound management — installing new CEOs in 2017 — good margins and strong revenue growth, compared to the rest of the industry, he said.

Hershey, the iconic chocolate company that has expanded into the snack category with acquisitions like Skinny Pop and Pirate Booty, saw 0.6% organic revenue growth in 2018 — though that rate picked up to 1.9% in the latest quarter, Cramer noted. Oreo-parent Mondelez, which bought Tate’s Bake Shop last year, recorded 2.4% and 3.7% organic growth, respectively, in those same periods, he added.

Wall Street is predicting that Hershey will grow 2% annually through 2021 and that Mondelez will grow 3% annually, the host said.

“This is a tough one,” Cramer said. “Mondelez has the better organic growth in recent years — internally generated growth that doesn’t come from acquisitions — but when you look at total sales, Hershey wins.”

Hershey grew earnings by 13% in the first quarter, compared to Mondelez’s 5% growth. Analysts also expect 7% growth for Hershey for the full year of 2019 — compared with just 3% for Mondelez, he continued.

“On the other hand, Mondelez’s numbers are expected to accelerate to 7% in 2020 and 2021, while Hershey’s may slow to about 6%,” the host said. “Still, this is another one where I have to give the edge to Hershey.”

Cramer deemed Hershey “the superior company,” but that doesn’t necessarily make it the better investment, considering how the stocks have performed compared to the underlying businesses.

Plus, most analysts have a “Hold” call out on Hershey, and the stock has rallied about 20% since its last earnings report. Analyst consensus pegs the Street’s target price for the stock at $136.86, roughly $10 per share shy of it’s closing price Tuesday.

Cramer is skeptical of its rallying odds when the company reports Thursday.

Mondelez has rallied roughly 8% since its last quarter report, and nine analysts have “Buy” calls out on the stock. Another five analysts have “Super Buy” calls, and analyst consensus puts the average target price at $58.68. The company will report earnings next Tuesday.

“I think Mondelez has the better setup going into earnings,” the host said. “But if Hershey sells off despite reporting good numbers later this week, you got to be ready to pounce.”