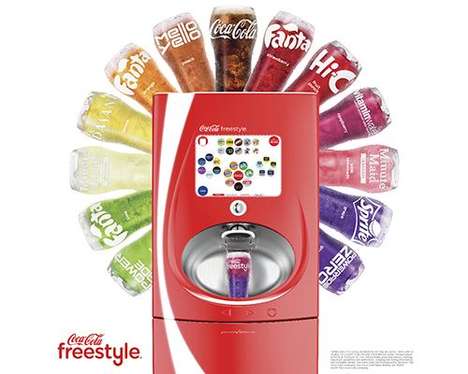 The Coca-Cola Freestyle ‘Make Your Mix’ contest has been launched by the brand in the US as a new promotion that encourages consumers to concoct their own custom soda for a chance to win a grand prize of $10,000.

Running through June 30, the contest works by having consumers use one of the soda machines at a nearby location and sharing their concoction using the hashtag #MakeYourMixContest on Instagram and/or Twitter. Beverage experts at Coca-Cola will then select five finalists whose mix will be available from August 25 to November 4; the flavor that is chosen the most will decide the grand prize winner.

The Coca-Cola Freestyle ‘Make Your Mix’ contest comes as an interactive promotion that encourages consumers to mix and match flavors, which speaks to increased demand for customization.