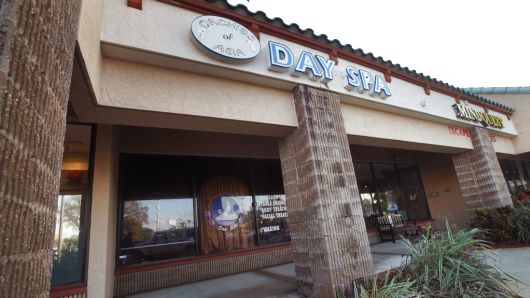 The scene outside Orchids of Asia Day Spa in Jupiter, FL where New England Patriots owner Robert Kraft is alleged to have solicited prostitution, is pictured on Feb. 22, 2019.

The lawsuit by 31 John and Jane Does alleges that prosecutors and the Jupiter Police Department violated their rights to privacy when they were videotaped receiving massages at the Orchids of Asia Day Spa in January.

The lawsuit was originally filed Friday with 17 accusers. It also alleges that Jupiter police unlawfully obtained the warrants allowing them to install cameras. None of the 31 plaintiffs has been charged with a crime.