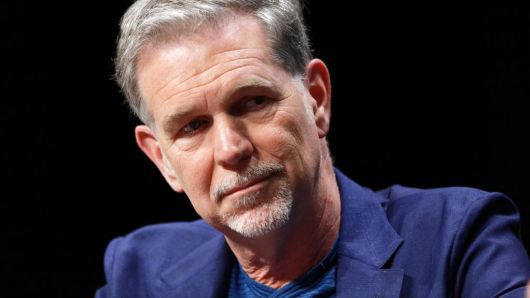 Netflix plans to offer about $2 billion in debt to fuel its spending on content and other expenses, the company announced in a statement Tuesday. The stock dipped slightly negative on the news before moving back into positive territory. The announcement comes after another $2 billion offering as recently as October.

The move comes as Netflix faces increased competition in the streaming space, and will help fund its purchases of new shows and movies for the service.

Earlier this month, Disney unveiled its plans for its streaming service, Disney+, which will cost $6.99 per month when it launches this fall. That’s significantly cheaper than Netflix’s most popular plan, which costs $12.99 per month. Disney’s announcement sent Netflix’s stock sliding the following day.

Netflix said in an earnings report earlier this year that it expects its cash burn to peak in 2019 before it begins to fall. The company reported net cash flow of negative $380 million for the first quarter of 2019 compared to negative $287 million during the same period last year.

Netflix said it expects its free cash flow deficit for 2019 to end up around negative $3.5 billion, which was greater than the $3 billion it was previously expecting. The company said the updated figure was due to a change in corporate structure and investments in real estate and infrastructure.

But despite the rapid cash burn, investors have continued to put their money behind the stock, which is up about 18% over the past 12 months. Many see content investment as an edgenetf for Netflix, which seeks to maintain a strong position in an increasingly crowded streaming market.

The company said it will use the proceeds “for general corporate purposes, which may include content acquisitions, production and development, capital expenditures, investments, working capital and potential acquisitions and strategic transactions.” Netflix said the interest rates and other terms will be subject to negotiations between Netflix and the initial purchasers.

Customers who were videotaped at Kraft-connected Florida spa file class-action lawsuit
Coca-Cola is making a big push into coffee
To Top
error: Content is protected !!
Top