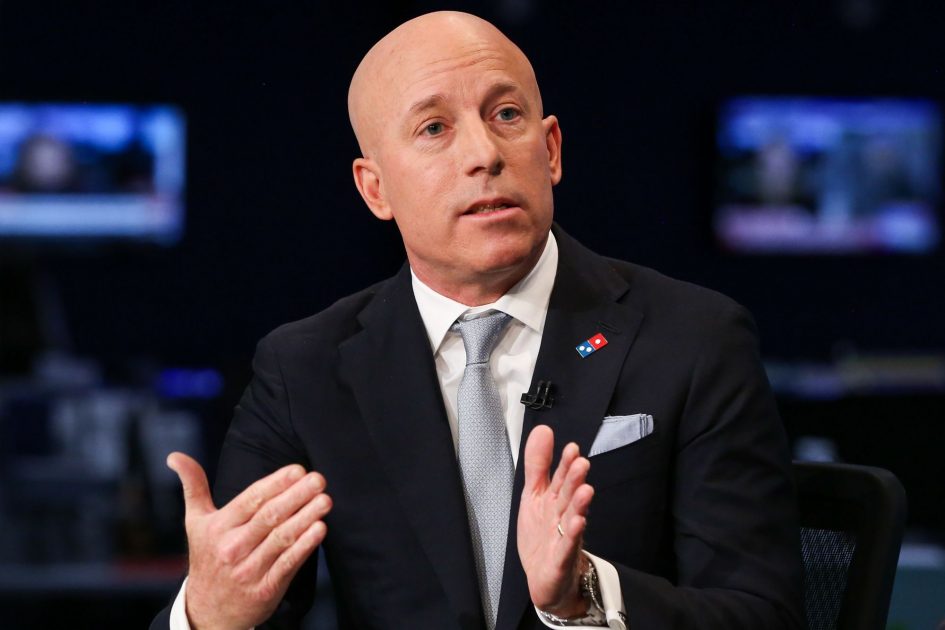 Delivery apps that make it convenient for customers to order food from a plethora of restaurants are “creating some turbulence in the marketplace,” but it’s not clear how viable those businesses will be in the long run, he said in a one-on-one interview with Jim Cramer.

“We’re not going to do foolish things, you know, in the short term in reaction,” he said in the “Mad Money” interview. “We’re still very focused on our franchisees’ profitability — that’s first and foremost in our minds — and still very focused on generating great returns and free cash flow for our investors.”

Allison said the pizza chain generates about $1 million in daily cash flow. Domino’s has been working to expand its footprint, in what it calls “fortressing,” in an effort to speed up its own delivery times. The company opened 45 domestic stores and closed three during the second quarter, Allison said. Domino’s continues to invest in its own delivery program.

The pizza giant reported domestic same-store sales growth of 3%, short of Wall Street’s expectations of 4.8%, and cited, in part, third-party aggregators that deliver pizza from competitors like Pizza Hut and Papa John’s. Pizza Hut is owned by Yum Brands, which holds a stake in GrubHub.

Allison also said the business is seeing a tougher operational environment than in year’s past including new competition, low unemployment and higher labor costs. While Domino’s net sales of $811.6 million missed expectations for the quarter by $25 million, Allison is optimistic about the positive trend in overall retail sales.

“We don’t know how that’s going to shake out once consumers actually have to pay the full cost of that delivery because those fees are quite substantial, relative to the cost of the underlying food,” Allison said. “I think we also have not yet seen what’s going to happen with the supply of restaurants on these platforms as well.”

All given, Domino’s recorded net income of $92.4 million for the quarter, up from $77.4 million the year prior. Earnings per share came in at $2.19, which beat analysts expectations of $2.02 per share.

Shares of the Ann Arbor, Mich.-based pizza company tumbled more than 8% Tuesday to close the session at $246.54.