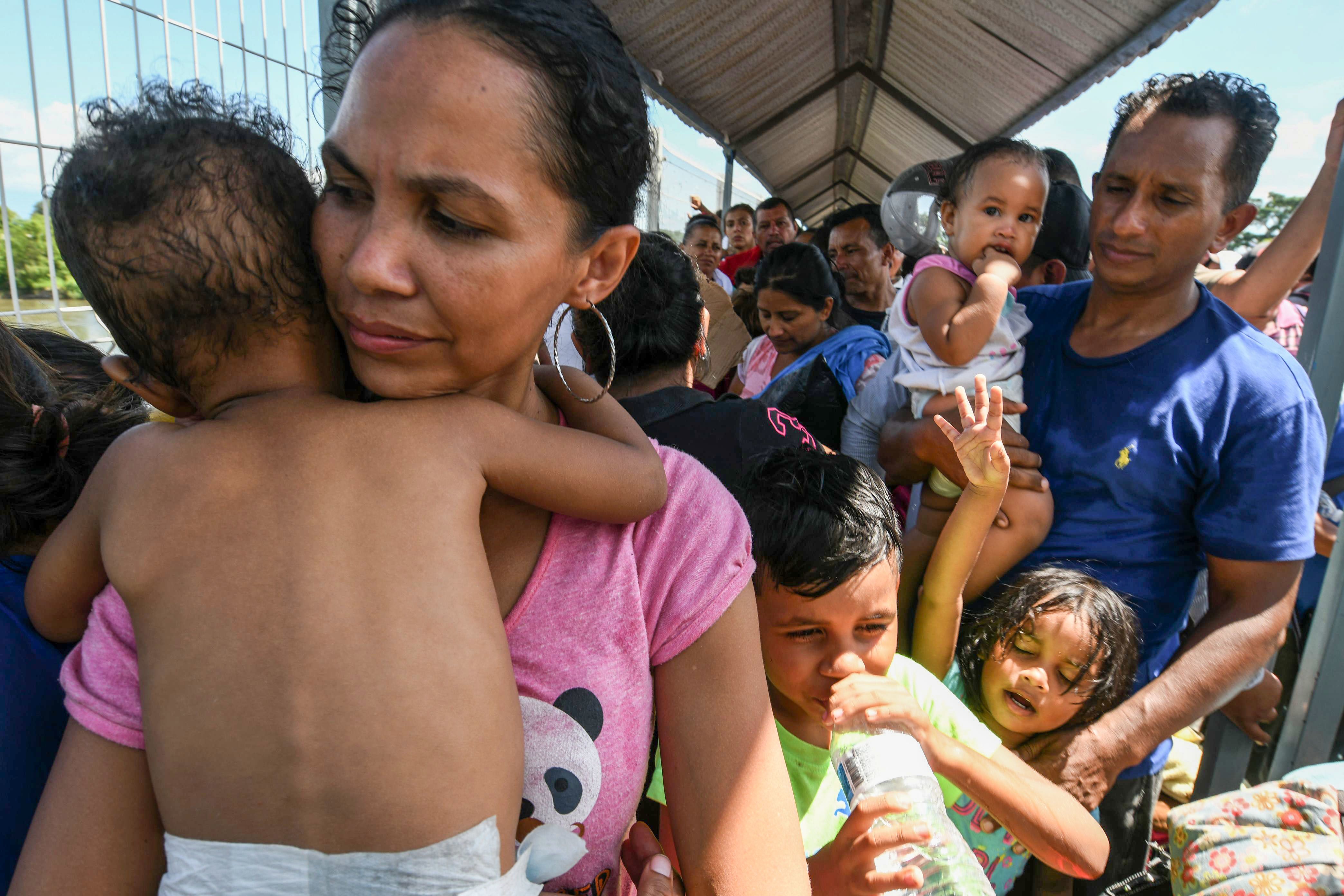 A Honduran migrant couple and their five kids taking part in a caravan heading to the US, wait to cross the border from Ciudad Tecun Uman in Guatemala, to Ciudad Hidalgo, Mexico, on October 22, 2018.

Two House Democrats said Wednesday they have not received any answers from the Trump administration on how it plans to deal with possible infectious diseases for migrant families held at border camps after CNBC reported the U.S. would not be immunizing detainees against the flu.

On Tuesday, CNBC reported that the U.S. would not vaccinate migrant families in holding centers ahead of this year’s flu season, despite calls from doctors to boost efforts to fight the infection that’s killed at least three children at detention facilities in the past year.

Reps. Rosa DeLauro, D-Conn., and Lucille Roybal-Allard, D-Calif., said Wednesday that they sent a letter to Homeland Security and the Department of Health and Human Services on Aug. 9 requesting answers on how the agencies are dealing with the risk of infectious diseases, including influenza.

“It has been reported … that [U.S. Customs and Border Protection] will not provide influenza vaccinations to migrants in its custody, even though flu outbreaks have been common in CBP holding facilities,” the congresswomen said in a statement. “While the protective effects of flu vaccinations do not occur quickly enough to protect most migrants during their time in CBP custody, it is in the interest of public health for vaccinations to be given as soon as possible.”

A Customs and Border Protection spokeswoman told CNBC that “due to the short-term nature of CBP holding and the complexities of operating vaccination programs, neither CBP nor its medical contractors administer vaccinations to those in our custody.”

The flu season typically begins in the fall and can last until as late as May, with activity tending to peak between December and February, according to the Centers for Disease Control and Prevention. The agency recommends getting vaccinated early, ideally by the end of October, when the flu begins to spread.