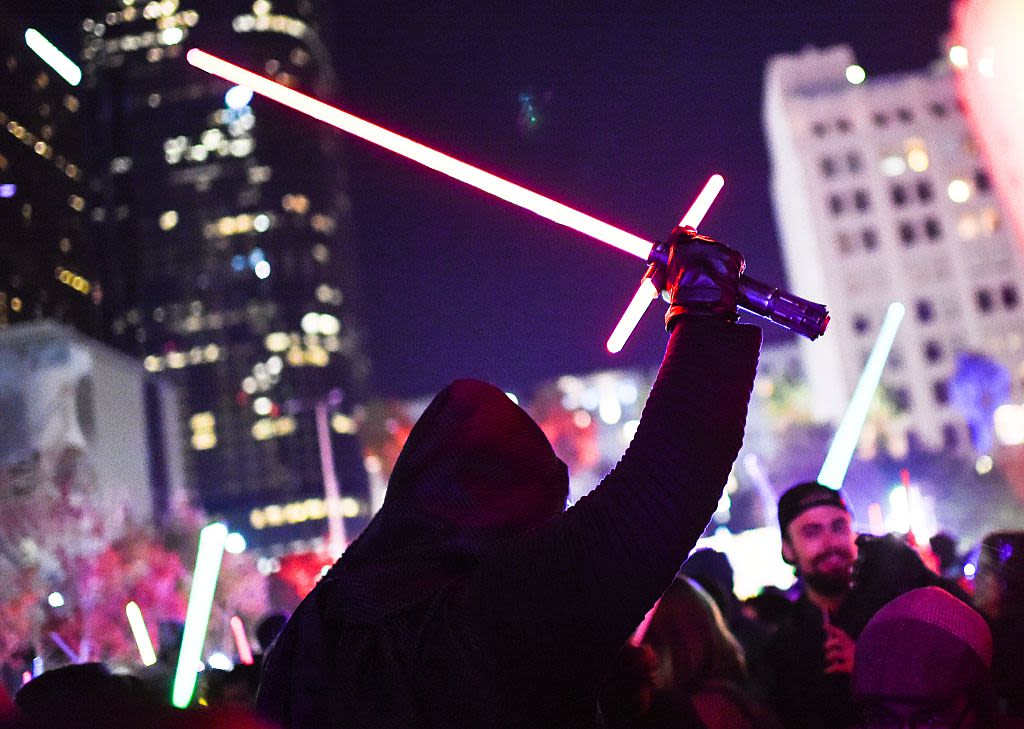 There was once a time that a movie released in December couldn’t make more than $100 million during its opening weekend — that is until “Star Wars: The Force Awakens” arrived in 2015.

The Disney film hauled in $247.9 million during its debut and set a new precedent for the holiday box office. The House of Mouse capitalized on this December box office slot, placing two more “Star Wars” films just ahead of Christmas in future years. Each time the films earned more than $100 million during the opening weekend.

On Tuesday, the company released an updated slate of theatrical releases, teasing fans with untitled projects from Marvel, “Star Wars” and Pixar as well as newly acquired Fox properties like “Avatar.” It also staked Disney’s claim on the month of December for the next eight years.

The company is set to release a tent pole film each December through 2027.

“Positioning highly lucrative franchises where they’ve proven enormously successful on the calendar before is studio strategy 101,” said Shawn Robbins, chief analyst for Boxoffice.com. “This is a largely risk-averse industry, so why change something that isn’t broken? It’s both safe and smart because it’s virtually guaranteed to succeed so long as the movies deliver creatively, but it also underlines the incredibly deep bench of IP which Disney has control of — and the level of confidence they have in it relative to other studios.”

It’s no surprise the Disney has staked its claim on the December box office. The company has become a theatrical powerhouse, pumping out blockbuster after blockbuster, particularly during December.

December was disappointing in 2018. “Mary Poppins Returns” failed to drum up ticket sales, delivering an underwhelming $23.5 million opening. And, without a massive action franchise movie, rival Warner Bros. took the opportunity to release “Aquaman.” The DC superhero film earned $67.8 million in its debut and steadily added to its tally domestically through January without much competition at the box office.

Disney returns to December later this year with “Star Wars: The Rise of Skywalker,” the final chapter in the Skywalker saga, and is guaranteed to draw massive crowds opening weekend.

“Cruella” likely won’t garner quite the same fervor as a Marvel or “Star Wars” property in 2020, but Disney has a good track record with live-action remakes and movies centered around Disney villains.

From 2021, however, Disney is set to alternate between releasing a “Star Wars” film and an “Avatar” film each December for six years.

Currently, “Avatar” is the highest grossing movie of all time, having tallied $2.78 billion at the box office during its 2009 run. The film written and directed by James Cameron was lauded for its integration of 3D and life-like computer generated images.

It’s unclear how Cameron plans to proceed with the story over the course of four more films, but if they do half as well as the original film, that’s a big boon for Disney.

As for “Star Wars,” it is currently expected that the three untitled films will be part of a new trilogy written by “Game of Thrones” show runners David Benioff and D.B. Weiss, who turned George R.R. Martin’s gritty fantasy novel series “A Song of Ice and Fire” into a global phenomenon.

“You don’t hire the hottest guys in Hollywood just to have them sit on the bench,” Jeff Bock, senior analyst at Exhibitor Relations, said.

Notably, Disney placed one of its yet untitled “Star Wars” film to be released on December 16, 2022, the same day “Aquaman 2” was due to hit theaters.

Bock said audiences should expect “Aquaman 2” to ditch this release date so it won’t have to compete with a “Star Wars” franchise film. He suggested an early December release between Thanksgiving and Christmas would be the perfect spot for the DC superhero film.

Disney’s box office domination has been noted by rival production studios, which have begun strategically placing their films outside of Disney’s release windows so that they have a chance at garnering more money at the box office during their openings.

“I assume all the studios worked through lunch yesterday and tried to rearrange their schedules,” Bock said.

The week after “The Last Jedi” arrived in theaters in 2017, Sony released “Jumanji: Welcome to the Jungle.” While “Last Jedi” saw a steep drop off between its first and second weekend in theaters, the film still took in nearly double that of “Jumanji,” which had an opening weekend haul of $36.1 million.

“Jumanji” did ultimately take in $404.5 million in the U.S. and $962 million globally by the end of its run, but it made the bulk of its money in late December and through January.

Sony is set to release a “Jumanji” sequel this December, however, this time the film will be released a week before Disney’s “Star Wars: The Rise of Skywalker.”

And “Star Wars” and “Avatar” films aren’t the only tent poles that other studios would be wary of, Bock said.

Disney announced eight Untitled Marvel film release dates. We know seven upcoming Marvel titles, but not when they are expected to hit theaters. So, it’s difficult for other production companies to plan their slate of counter programming — i.e. releasing a romantic comedy instead of a rival action film — if they don’t know what will be playing in what month.

“[Disney is] a super studio and everyone else is just playing catch up at this point,” Bock said.