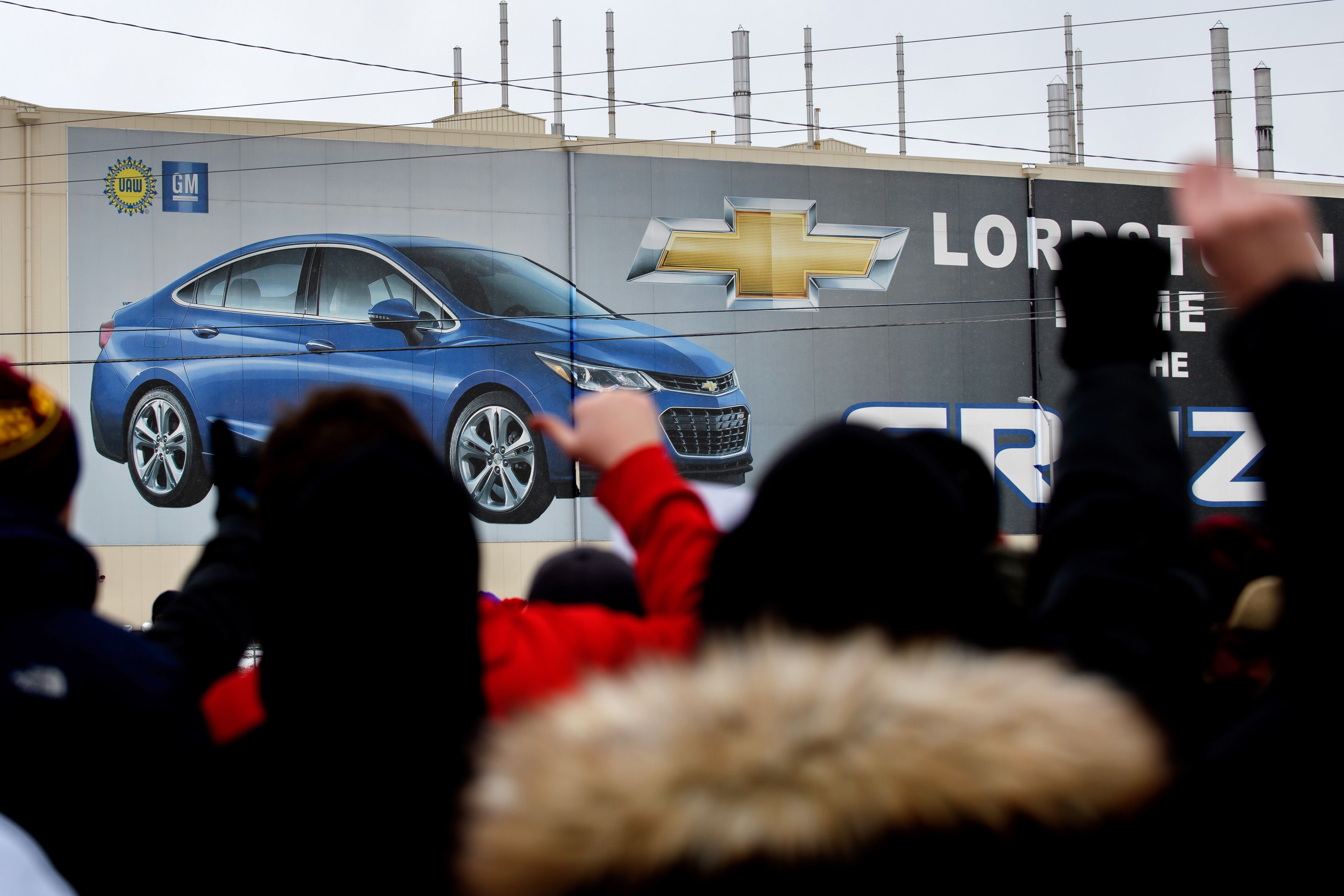 GM workers rally outside the GM Lordstown plant on March 6, 2019 in Lordstown, Ohio. The sprawling facility was idled today after more than 50 years of producing cars and other vehicles.

General Motors said it’s investing $700 million and creating about 450 new manufacturing jobs in Ohio as it negotiates the sale of its Lorsdtown, Ohio, factory to electric truckmaker Workhorse Group.

“The U.S. economy and our core business are strong, so we can expand our commitment to U.S. manufacturing and Ohio and create job opportunities for our employees,” said GM CEO Mary Barra said in a statement Wednesday. “We also expect to bring more jobs to the U.S. over time in support of the expected provisions of the USMCA.”

President Donald Trump preempted the automaker’s announcement over Twitter. He thanked Barra for selling the plant to Workhorse and reinvesting money in other facilities in Ohio. GM said it’s in “discussions” with Workhorse, but didn’t confirm that it’s come to a final agreement.

GM in March shuttered its Lordstown plant, which built more than 16 million vehicles over 50 years, to avoid making the same mistakes that sent the company into bankruptcy in 2009. American preferences have started shifting away from cars as they gravitate toward trucks and SUVs, forcing Barra to shift the automaker’s focus away from sedans. It’s also investing more in autonomous driving and battery-powered vehicles.

By the end of this year, the company will have closed five production plants across the U.S. and Canada as part of its plan announced last year to cut 14,000 jobs.

Trump previously criticized GM’s decision to sell the plant, putting pressure on the company to resume operations. In November, he threatened to cut subsidies to the automaker after it announced it planned to slash production.